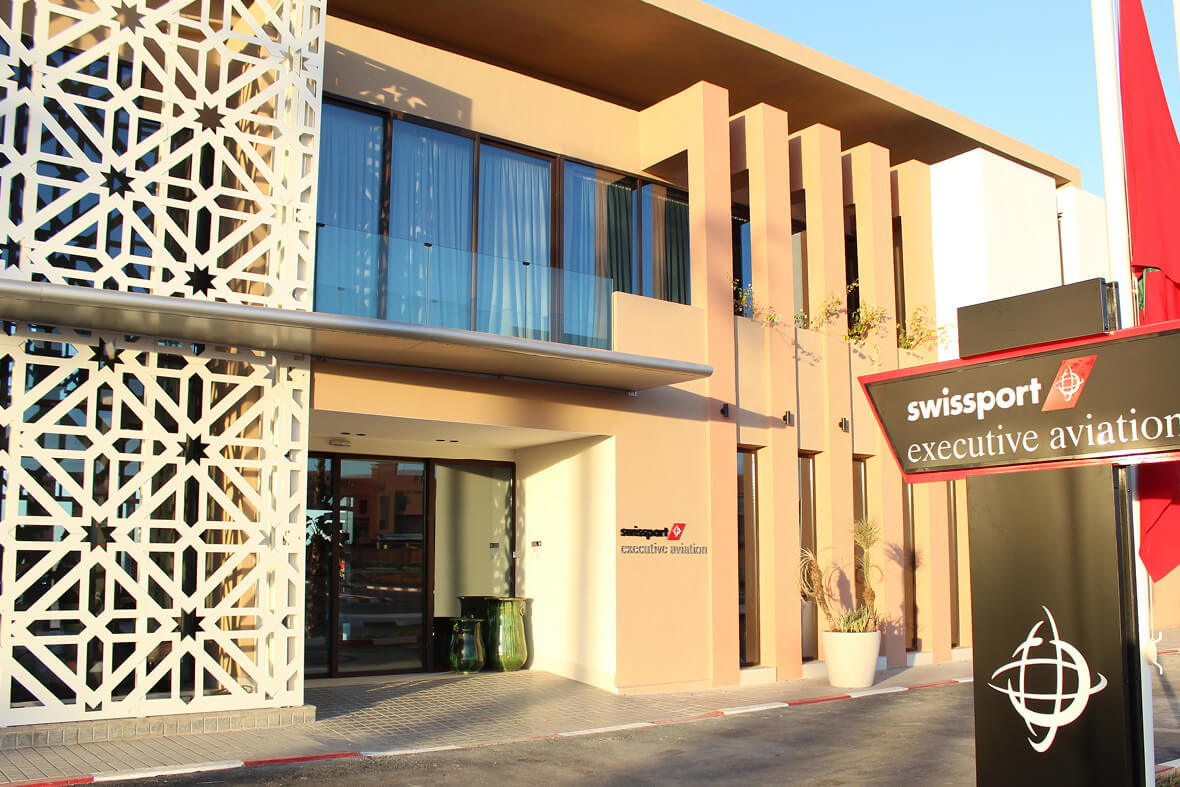 Emilie Harbour, Lead Designer, West Star Aviation, keeps an eye inside and out on her projects, managing the complexities of both cabin design and refurbishment, and exterior paint. A recent Citation 560XLS+ project for a local corporation provides an excellent showcase for her work and a demonstration of how working with Sherwin-Williams helps her confidently deliver spectacular, consistent colour options to her clients.
For the Citation (as well as a previous project for the same company), red, blue and grey corporate colours were important, and Harbour immediately emphasises one of the reasons she enjoys working with Sherwin-Williams. “We used the same Gypsy Red, Naval Blue and Dovetail Gray on the earlier aircraft and although the scheme was different this time, the client wanted the same colours.” Sherwin-Williams’ ability to deliver consistency across batches was therefore critical to the project’s success.
Harbour continues: “Personally, I prefer the Sherwin-Williams palette and naturally gravitate toward it. My team also prefers the brand. They’re comfortable with it, they say it sprays well, and so I know when I show my customer Sherwin-Williams options that we won’t have issues getting the paint or how it goes on.”
There is, of course, considerable flexibility in the Sherwin-Williams range to go beyond the standard palette when customers want colours matched to favourite objects or themes, and the company offers online tools to help designers and customers work together. These include an interactive Color Visualizer, which Harbour says is especially useful when clients are looking to express their own creativity or struggling to narrow down options.

Ramp impression
Although blue and red dominate the Citation scheme, the aircraft is primarily white. It is easy, especially in contrast with such strong colours, for white to appear less than brilliant and Harbour says: “Nine times out of ten I recommend Matterhorn White. We occasionally have requests for Snow White, which is a really bright white, but Matterhorn has been my go-to since I started in the industry, my favourite base colour.” Julie Voisin, Global Marketing Manager – Aerospace Market & Automotive Interiors at Sherwin-Williams, agrees: “Matterhorn White and Snow White are our most popular whites. They cover well and complement other colours.”
The combination of vibrant colours and scheme design arguably leaves the Citation looking larger on the ramp than it is. The scheme also conveys a feeling of speed, as though it could just as happily grace a racing car. “When we design schemes for some of these smaller ‘birds’ we’ll look for ways to make them seem larger and faster,” Harbour says. “Mostly, you want the plane to look exciting and for that you need something more than a standard two-stripe design.
“For this Citation I took a Textron scheme and put a spin on it. Seeing it in these colours, the customer was incredibly excited, it seemed tailored to them, even though they’d seen the original scheme on other jets.”
Harbour’s involvement includes the cabin too, of course, and she says the connection between outside and in really depends on the customer. “But I am receiving more requests from clients who want the exterior to be like a welcome to the interior. If the exterior is black and silver, they want to incorporate that on the inside. That’s easily done, but some colour combinations are more of a challenge on the inside.
“When we did the first Citation for this company, we recognised that red is very important to their brand and we brought it into the cabin with red stitching. We did that again this time, keeping it subtle but effectively carrying on the theme.”
The entire cabin on the new jet mirrors that of the previous aircraft, but Harbour notes that the work was done at West Star Aviation’s Perryville, Missouri facility, rather than at East Alton, Illinois, where she is based. “We removed the interior and painted the jet but sent all the interior items to Perryville for refurbishment, so it was a cooperative effort between two facilities.”
To a European eye, the Citation cabin appears to deviate somewhat from the traditional US corporate look – and Harbour says customers are increasingly favouring new trends. In this instance the lower part of the cabin, including seats and carpet, is finished in dark tones, yet the overall effect is not at all dark.
That’s the result of careful design and, Harbour notes, “Changing the lighting – installing new LED lights – helps a ton. I like to do something different for every customer, so it’s a case of working carefully with them. An example of that is the carpet. With the first Citation, I suggested we should deviate from a standard linear pattern and go for something a little more abstract to help break up the floor shape. We did that and it turned out well, so the same carpet is in the new jet.” The bright, plated sideledge inserts also stand out and while Harbour says plating is common to most interiors, the modern, contemporary colour is more unusual.
The finished effect of Harbour’s design, Perryville’s refurbishment work and Sherwin-Williams’ paint is an aircraft that Harbour says looks and feels brand new, although the original cabin panels and seat frames were reused, the latter stripped, re-foamed and reupholstered. Interestingly, she says the tactile element extends to the outside, where the smooth, polished finish on the Citation looks and feels mirror-like. On the other hand, a recent Falcon project saw the aircraft matt painted. “It was a new thing for us,” she enthuses, “and the first thing people do when they see it, is go up and put a hand on it. Both the gloss and matt finishes are gorgeous, but they feel very different.”
For Emilie Harbour, every design is different and every customer unique. She relies on the high-end skills of West Star’s craftspeople, technicians and paint specialists and, ultimately, needs to have the confidence that the products she offers will live up to her customers’ expectations. And that, she says, is why she chooses Sherwin-Williams.