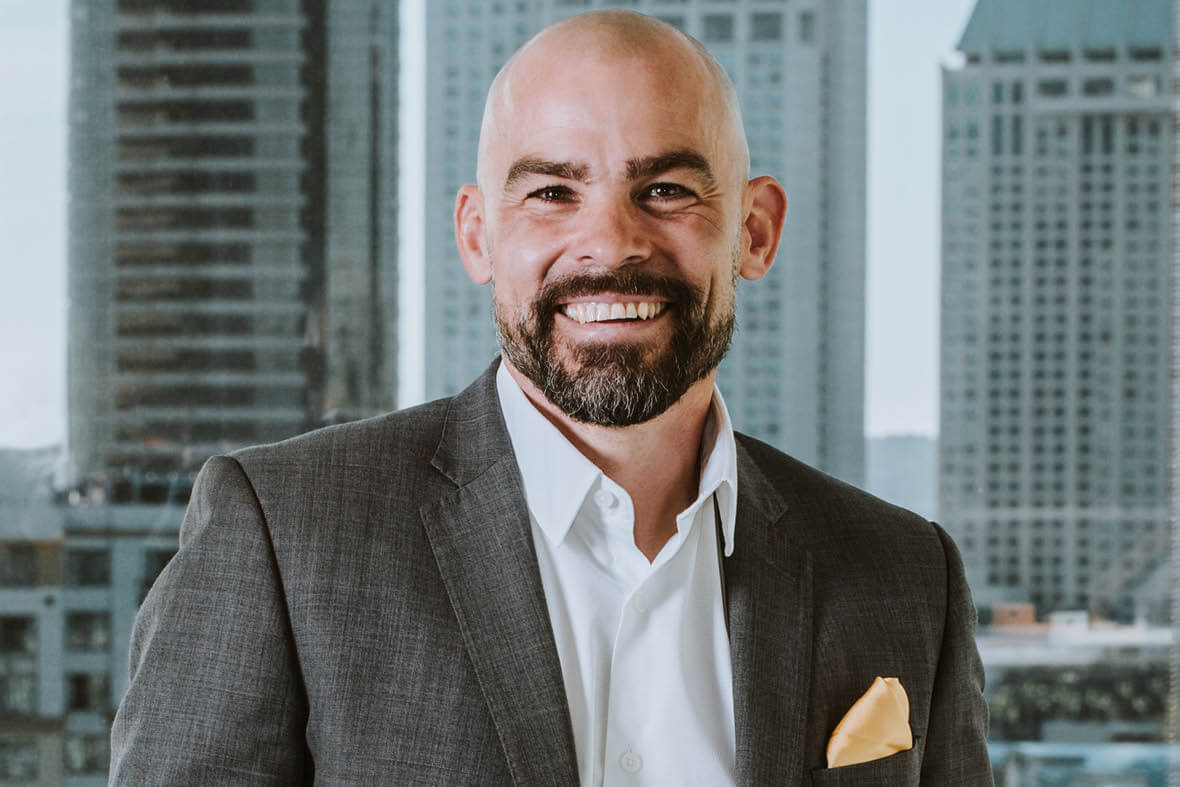 Web Manuals delivers a digital product, but VP of Sales, Krister Genmark, says people – customers and staff – are the vital element in its success

“Manuals are often static documents that don’t really live. It’s so complicated to make changes that operators refrain from doing it. If it’s approved and ok with the authorities it’s easy to think ‘we’re good, we can put it on the shelf’. Web Manuals gives operators a tool to continuously improve. From a safety management perspective, being able to change continuously is the key,” says Krister Genmark, Web Manuals’ VP of Sales.
Safety is imperative, and Web Manuals provides its customers with the tools to incorporate regulatory change – as well as updates from all aspects of their operation. “It could be security, flight operations, maintenance, even employee handbooks, strictly HR-related content,” Genmark notes. “Many of our customers start with a specific need; let’s say they need to amend their flight operations manual ready for approval, and then they realise how easy the tool is to use for any type of content. That’s when they incorporate ground operations manuals, safety manuals, employee handbooks and more.”
Web Manuals is then involved in managing changes to those incorporated manuals through three routes. “We’ll tell them when there’s a regulatory change and they’ll be able to see where it’s connected to their content. When a regulator changes a rule, it triggers a warning and the operator knows where it affects their manuals, and we even highlight how that change was expressed. Internal changes are handled differently, but if an operator makes an internal change the system notifies them if it also impacts on a regulation.
“To illustrate the third instance, imagine a safety manager who has received several reports involving ground incidents with tugs. As a result, they make a change in the ground operations manual content describing how to operate the tugs. That work flow, from change request to the change, and approval and distribution, is also included in the system.”
Once a changed document is published, it is distributed to users through the Web Manuals web interface or app, with a read and sign receipt helping compliance managers ensure everyone who needs to has seen the update. Essentially, internal changes are created within and approved by an operator, always considering regulation, while the Web Manuals team keeps a close eye on the regulations and ensures customers are informed of changes.

Digital discovery
Web Manuals delivers a robust, proven system that is in use with private aviation customers including ACI Jet and DC Aviation, airlines and offshore helicopter operators. In March 2022 it achieved its tenth anniversary and Genmark reflects that how customers interface with it has changed considerably during the decade. “The biggest change is the mobility factor – they can work anywhere now, on content, on regulatory changes and just reading the manuals.”
But technology moves rapidly and a new generation of aviation professionals who grew up with iPads is now emerging.
Genmark enthuses: “There is so much we can do and it’s pretty exciting. A manual today is still a manual, based on the concept of the original paper manual. We’ve taken the paper manual into a digital format, but it looks more or less the same. I think that’s where we’ll see a lot of change moving forwards.
“And as the regulatory authorities evolve, we need to consider how we approve a document. Is it page-by-page, heading-by-heading, or chapter-by-chapter? How does that work? Some authorities are exploring how this can be done differently and with them and our customers we’re trying to be on the edge of pushing change.
“Then there’s the possibility for incorporating other media and thinking about distribution. Video and 3D graphics, especially in maintenance manuals, could be useful, and we need to think about how people are viewing the content. It used to be that the iPad was the only option for the cockpit, but then cabin crew began using Android tablets, and there are phones, smaller tablets and larger tablets and we need to consider how best those can be used.”
It is also true that young aviation professionals are not satisfied with an essentially digitised paper manual. They expect to fully interact with an easily accessible, searchable document and Genmark sees manuals moving away from the essentially folder-based structure used today. “The younger generation is not going to be ok with taking three minutes to find what they’re looking for. They want more than a Word file or a PDF: they want a modern tool that can be learned quickly and is easy to use. We see that during the buyer’s journey and during training. Today’s buyers are already very educated when they come to us and then, when we get to the training, they are all ‘let’s go!’ Expectation has been the biggest change over the decade.”

People first
‘Digitize Before Flight’ says Web Manuals’ marketing material, but it is the people behind the slogan that make the product what it is. Even before Covid, it was not unusual for IT companies and app developers to employ a dispersed workforce, spread globally and often working from home. During the worst of the pandemic. homeworking became essential for many people, and several companies stepped almost seamlessly and very quickly away from the office.
Web Manuals was among them, yet it has a headquarters in Sweden and offices in the US and Singapore. And its people go there to work. The obvious question is why, when the company could avoid paying for all that space? “I love working for Web Manuals because of the team feeling of our tight-knit community,” Genmark begins. “When the pandemic hit, we had to close the offices. We were global and we had all the tools to work remotely; I was already using Zoom and Teams to communicate from the US office with the Swedish office, customers and prospects.
“So, I carried on doing that, but as soon as I could, I went back to the office. It was only me at the start, but then the sales manager came back and it was the two of us. As a company I’d say the big challenge was not being in the same room. Not being able to have the conversations that lead to so much, whether it’s development, productivity or anything else. Personally, I believe you can replace an in-person meeting, but you can’t replace the organic conversation that happens over lunch, during the walk from one place to another, or with a coffee. I think innovation generally will suffer if companies go from a previously close, collaborative environment to relying on remote working long term.”
But there are benefits. Web Manuals had offered a reasonable degree of flexibility to its employees, but many expressed their liking for the additional flexibility of remote working. Genmark confirms: “Now we have a policy for working from home when it’s convenient and doesn’t take away the time we have together.” The Web Manuals staff is very close to a 50:50 balance between men and women, in part thanks to the flexibility the company already had, which enables people with child care responsibilities the opportunity to achieve a family/work balance.
“Every team leader is able to work with their team’s hours to ensure that balance,” Genmark says. “Children are extremely important in that. No parent is happy if they feel they are neglecting their children.” He also agrees that appreciating an applicant’s family commitments and offering them a job that works with their family means Web Manuals opens itself up to a deeper talent pool and is more likely to find the very best people, regardless of gender. “We want the right person, whatever their circumstances are.”
What do those ‘right people’ ‘look’ like? Genmark is obviously proud when he replies: “It’s a real mix. We have sales people from Apple, ex-pilots who want to stay in the industry, current pilots who fly on a private licence and people who are just crazy about aviation, including one who keeps me informed whenever she sees a real estate ad for airport offices with hangar space so we could have our own airplane! Then there’s the cultural mix – I think we speak close to 30 languages within the company. Overall, we have some extremely bright people who create this amazing product.”
Web Manuals also likes to look after and engage with its customers, long term. “We have initial training and then lots of resources in the tool and outside, plus the website. Then it’s about keeping them engaged, constantly producing new material and running webinars. We’re launching our community forum where we invite customers to enter a digital world of sharing experiences and the content we produce. And we have our Go Digital conferences, in the US, Europe and, recently, for the first time, in Asia-Pacific – in New Zealand. We’ll launch more next year. That’s when customers really engage with the product and we make sure they contribute to development moving forward.”