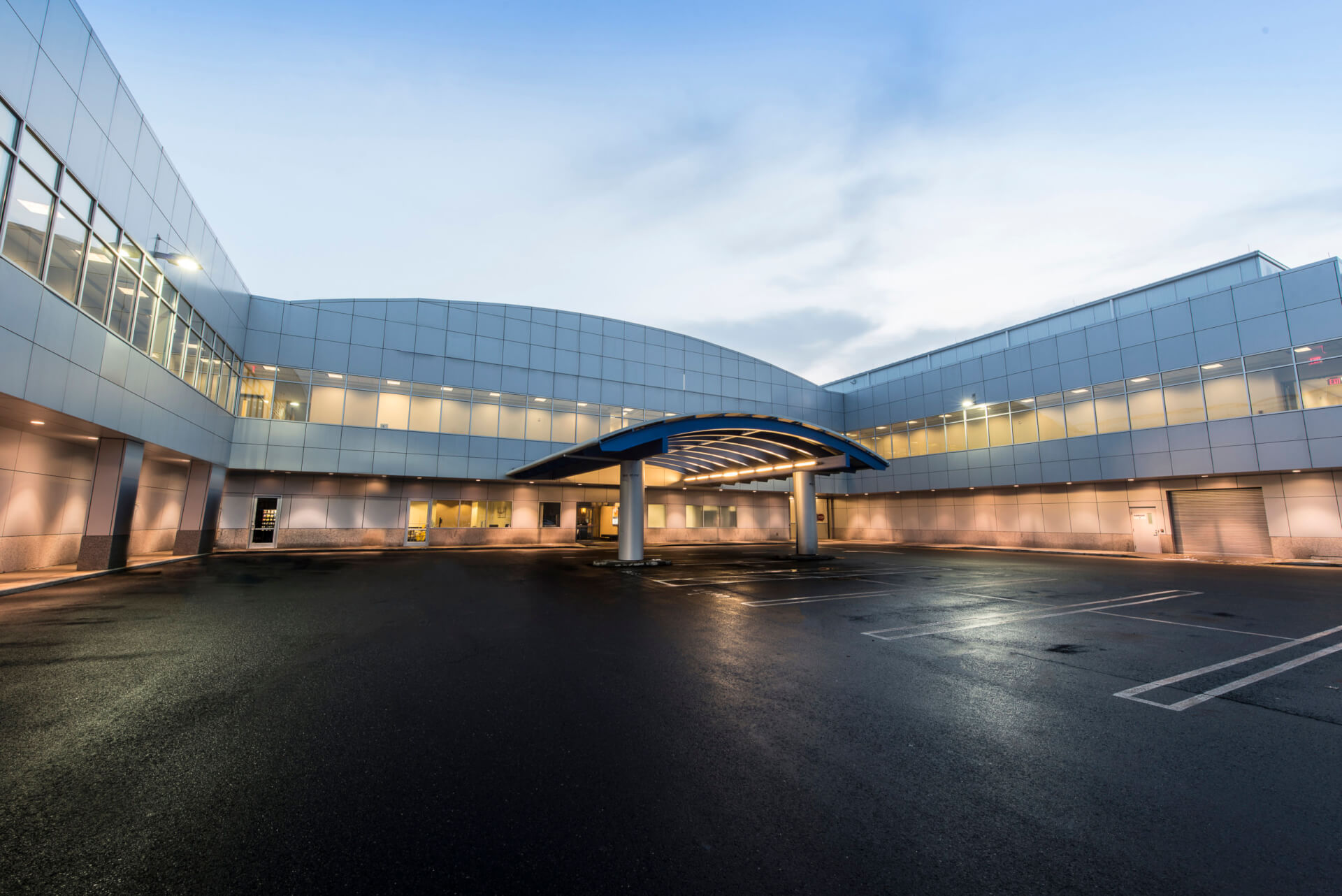 As Pasquale Raguseo, Area Director at Signature Flight Support notes, “Teterboro Airport has always been a synonymous with aviation and New York City, since opening in the 1910s.” Walter C Teter bought the real estate on which the airport stands during 1917, developing it into an airport for New York and New Jersey, ready to open in 1919.

Now owned and operated by the Port Authority for New York and New Jersey, Teterboro is considered a ‘reliever’ airport, taking general aviation traffic, including business aircraft, away from the region’s congested commercial airports. The Port Authority acquired the facility in 1949, but leased it out from 1970 on a 30-year term, taking control, including operational control, again in 2000.

The airport is surrounded by residential areas and proximal to an area of protected wetlands, and therefore works hard to minimise noise pollution. In 2003, Congressman Steve Rothman helped authorise a bill restricting aircraft take-off weight from Teterboro to 100,000lb, in a move designed to prevent larger jets of the ACJ and BBJ type, perceived as creating larger noise signatures, from using the facility.

Such is the importance of its location adjacent to New York that four FBO operators maintain terminals at Teterboro: Atlantic Aviation, Jet Aviation, Meridian and Signature Flight Support.

John Langevin, Jet Aviation’s VP FBO Operations North America has worked at Teterboro for the best part of 40 years, during which time he’s seen considerable change. Jet Aviation established its presence at the airport in 1988, by which time Langevin had already been in residence some years.

In late 2019 the company expanded its facilities with a new hangar, as Langevin explains: “We just opened a 40,000sqft state-of-the art hangar with 30ft doors to accommodate the newer generation, large-body aircraft. The overall Jet Aviation campus has a five-storey terminal and executive building at its centre, plus nine hangars, including the new one, for 270,000sqft of space. We also have roughly one million square feet of ramp and taxiway or, as the Port Authority calls it, taxi lane, which passes through the facility in a ‘U’ shape.”

Teterboro often features as a destination or take-off point for OEM flights designed to showcase the capability of the latest long-range, high-performance jets. Such aircraft are particularly important for the airport, as Langevin confirms: “Jet Aviation is known for serving large-cabin jets. Of course, we’ll handle any aircraft, but we mainly see long-range, large aircraft, of which the Global 7500 is the largest because of the 100,000lb weight limit on arrivals.”

Many of Jet Aviation’s Teterboro customers are therefore flying considerable distances, and Langevin notes coast-to-coast flights, and journeys to and from global destinations, as well as South America and Canada as particularly common; “And for that, we have an advantage in our 30 or so FBO facilities worldwide.”

Jet Aviation offers a full range of ramp services, and works closely with onsite OEM facilities for maintenance. “We have Gulfstream, Bombardier and Dassault, serving the bulk of the aircraft we see.” We have our own refuellers and tow tractors, including electric vehicles as we work to keep our carbon footprint down.”

Jet Aviation is a World Fuels/Phillips 66 dealer and Langevin says Jet Aviation Teterboro, in common with all the company’s US FBOs, is among 84 World Fuels Air Elite FBOs. Meanwhile, the fuel and bowsers at the airport are branded Phillips 66.

It goes without saying that the Teterboro FBO offers all the amenities passengers and crew expect from a top-flight facility, but Langevin explains an unusual feature. “Because the Port Authority owns the airport, we’re not allowed to bring cars out to the aircraft. So, we have executive buses that transport them between the aircraft and our main terminal. The terminal was designed in 2001 with that challenge in mind and to best serve our customers we created a hotel-like experience. There’s a doorman and baggage handlers at the front door, with the buses waiting at the ramp. We also have three levels of security check as well as adhering to the standard FAA rules.

“We just completed extensive renovations to the main lobby area, including new executive bathrooms and lounge, pilot lounge and flight planning room and other amenities. There are also executive coffee stations, and a concierge in the lobby whose only focus is the customer.”

Matthew Barclay from Meridian’s marketing office notes that J. Kenneth Forester founded the company’s Teterboro business in 1946 as Mallard Air Service. At that time the airport was privately owned, having been used by the US Army Air Force during World War II. Today’s owner, Kenneth C Forester, is the son of the FBO’s founder.

Meridian is the last privately owned FBO at Teterboro and Barclay says: “Our owners are on site every day, while our senior management has more than 30 years of experience at Meridian; many of our managers and supervisors have ten to 20 years’ experience at the company.” That longevity has helped Meridian develop long-standing customer relationships, while Barclay reckons the company’s independence makes it nimbler when it comes to accommodating special requests.

“We’ve been the top ranked facility at Teterboro Airport and the Northeast in both Professional Pilot Prase and AIN surveys more than 15 times in the past 23 years, our VP of Customer Service has been ranked number one Customer Service Representative in the US in the Professional Pilot Prase survey for 18 years and our customer service manager, Victor Seda, has placed in the top five for the last 12 years,” Barclay concludes.

Meridian operates on 18 acres, with facilities including offices and 100,000sqft of hangar space. As well as FBO services, Meridian offers aircraft charter and management, and aircraft maintenance, its family ownership making it unique at Teterboro as the airport’s only company providing such an extensive range of services through one owner.

Passengers enjoy two conference rooms in the main Meridian terminal, plus a training room, business centre, gym, cinema and showers. The executive lobby is available to all passengers and crews flying through the facility. Rental cars or chauffeured limousine services and catering may also be arranged.

Pasquale Raguseo explains Signature Flight Support’s presence at Teterboro. “Signature can trace its lineage at the airport back to the 1960s, to a company called Teterboro Aircraft Services. That original FBO was supplemented by an additional facility to establish a West and East FBO on the airport, both of which Signature acquired in 1996, with the purchase of International Aviation.

“Signature’s current holdings include a third facility, Teterboro South, which was added during the Landmark Aviation acquisition in 2016, making us the largest service provider on the field. Teterboro East and South have dedicated ramp space, while Teterboro West has a portion of the communal ramp on the northwest side of the airport.”

Signature provides all the services expected of an FBO provider to a major business aviation hub, to single-engined pistons, through corporate helicopters to the Gulfstream G650 and Bombardier Global 7500 at the larger end of Teterboro’s scale. “Any of Signature’s three ramps can cater to most contemporary business aircraft types,” Raguseo confirms.

“As would be expected from the airport’s proximity to New York City, Signature Teterboro’s clientele consists of business leaders and renowned personalities with exacting expectations. Through our on-staff concierges, we provide a bespoke reception for arriving or departing guests, assisting with their personal needs from our catered amenities.”

In common with every Signature location, Teterboro offers a comprehensive selection of amenities for flight crews, including ‘snooze rooms’ and courtesy crew cars, but something unusual is coming soon for passengers. “A unique experience only available at Signature Teterboro South will be the Nexus Sky Lounge, opening in January 2020,” Raguseo enthuses. Envisaged for ultra-high net worth individuals looking to lounge before a trip, the Nexus Sky Lounge will feature an assortment of food and beverages, meeting facilities and a full-swing golf simulator.”

As far as its extent at the airport is concerned, Teterboro joins Dallas Love Field in the unique distinction of having three Signature FBO facilities at the one airport. Between them, the Teterboro FBOs boast 160 employees, under two general managers.

Hemmed in as it is by urban development and wetlands, Teterboro Airport is short of space for expansion. Yet, Raguseo confirms: “Of the airport’s FBOs, Signature has the only remaining parcel of land suitable for construction. We aim to build three 40,000sqft hangars capable of handling large-cabin business jets.”

Add Atlantic Aviation’s executive terminal and heated hangar space to the mix and it’s clear Teterboro is a popular, thriving destination for business and VIP travellers. But what is its big attraction? Signature’s Pasquale Raguseo explains: “Teterboro is considered by many to be the most prolific airport for business aviation in the New York City area. With the simplest access to major thoroughfares across the Hudson River, including the George Washington Bridge and Lincoln Tunnel, Teterboro’s short commute times mean that travellers are usually only 30 to 45 minutes away from the city.”