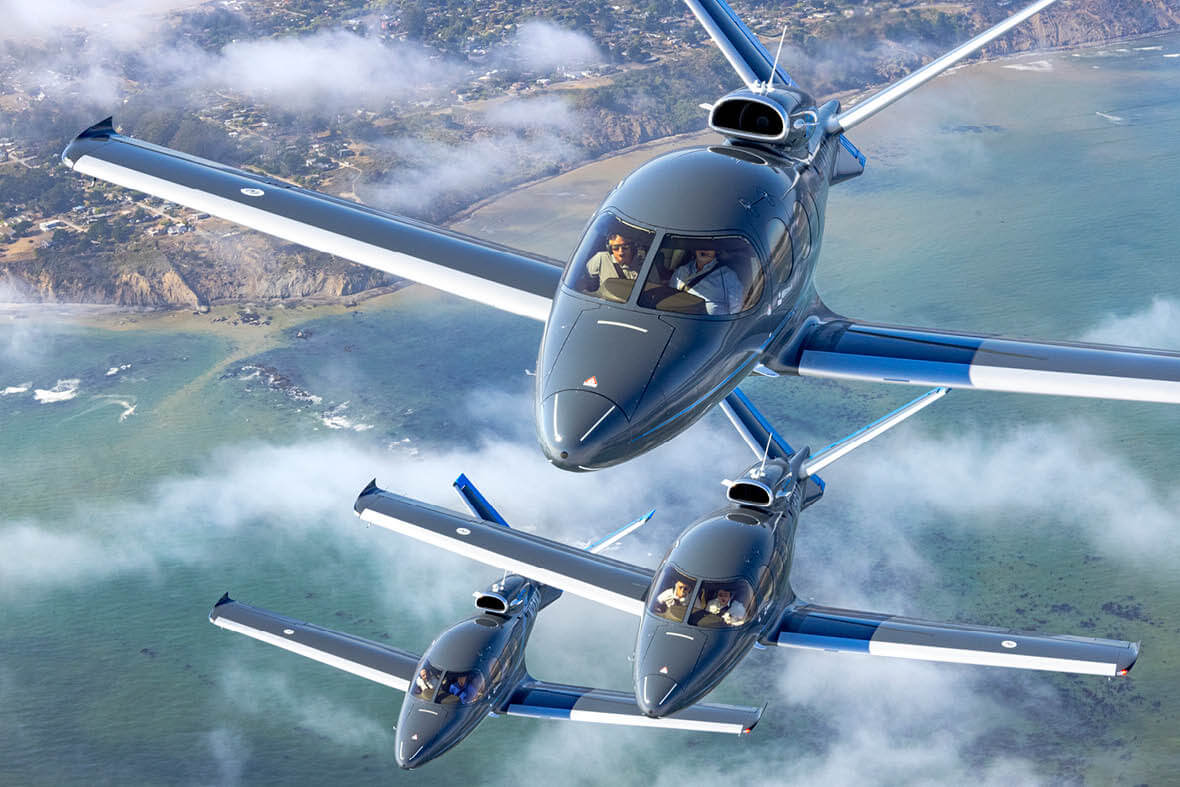 Even in an industry as innovative as business aviation, Richard Kane, CEO of Verijet, stands out. Also Founder and Chairman of Coastal Technologies Group, which he created in 1996, he is a mathematician and expert in high-speed computing, AI and telecommunications. Inspired to learn to fly after a visit to the Royal Air Force Museum at Hendon in North London, UK, he is also a pilot. Those factors combined, led him to establish Verijet.
“I was offering software as a service for call routing, handling 100 million calls per hour, and my patents were also cited by aviation entities,” he recalled. “It was clear there was some overlap with fleet and route optimisation and Dr Peter Diamandis, one of my board members, and I got to thinking about what else we could do with this routing firepower. We were both pilots, so we had a natural bent for combining our passions.
“We found that business jet operators were flying 40% empty. They were making money by charging customers for the aircraft flying out and back, and wasting incredible amounts of fuel. For the past 15 years, some US floating fleet operators have been running my AI platform and it took them from 40% empty down to 20% empty, saving enough energy to charge 98 billion cell phones per month and tons of carbon.”
Kane also calculated that for flights of less than 600 miles, the average passenger load was 1.8 people. And the average speed was only 243kt because, over short routes, jets were not reaching cruising altitudes and airspace restrictions were keeping speeds down. Kane uses the 200-mile trip from Santa Monica to Las Vegas as an example and it is immediately obvious that a conventional business jet cannot be efficient under his average calculated conditions. The runway at Santa Monica is also too short for many jets.

Vision Jet
Ever logical, Kane saw an opportunity for an operator flying an optimised jet using his routing AI. Ever resourceful, he established Verijet to deliver that service. It required a unique aircraft and Kane identified that in the Cirrus Vision Jet G2, a small, distinctive machine capable of the shorter flights he envisaged.
The Vision Jet is inherently safe, but for those rare occasions when emergencies happen, it is equipped with the Cirrus Airframe Parachute System and safe return autoland equipment for lesser emergencies. Passengers and pilots like to know their aircraft is safe, but the Vision Jet is also small and has an unusual look compared to more conventional jet designs. Customers could be forgiven for being sceptical at first glance – and Kane says that in addition, as much as 20% of Verijet’s customers are afraid of flying anyway. He reckons the best way to overcome their fear is to fly them.
To make the point, he read an email he received just prior to speaking with EVA. The customer wrote: “I completed my first flight this weekend. I brought with me my wife, my five-year old son and my mother-in-law so they could experience Verijet. I had precious cargo travelling with me. I can’t say enough positive things about our first experience. One of us was a bit unsure about flying in such a small plane prior to the weekend but felt totally comfortable by the end of the return trip thanks to our pilots and the smooth flights we had.”
‘Smooth’ is an adjective passengers frequently apply to the Vision Jet, which features active turbulence suppression via the strakes on the fuselage underside, which appear as continuations of the butterfly tail and give a truncated ‘X’ shape. “It’s the right machine for the job, Kane said. “It’s made of carbon fibre, so it doesn’t suffer metal fatigue on multiple short hops. And it’s very quiet, burns very little fuel and we are carbon neutral through 4AIR.”
Today, Verijet has a fleet of 23 aircraft in the US, of which 18 are Vision Jet G2s in revenue service; two more are scheduled to be available by the end of December. Kane anticipates operating a fleet of 120 by 2025 and confirmed that Verijet is coming to Europe soon. “We’re building our team and getting ready,” he said. “It’s the next big step.”