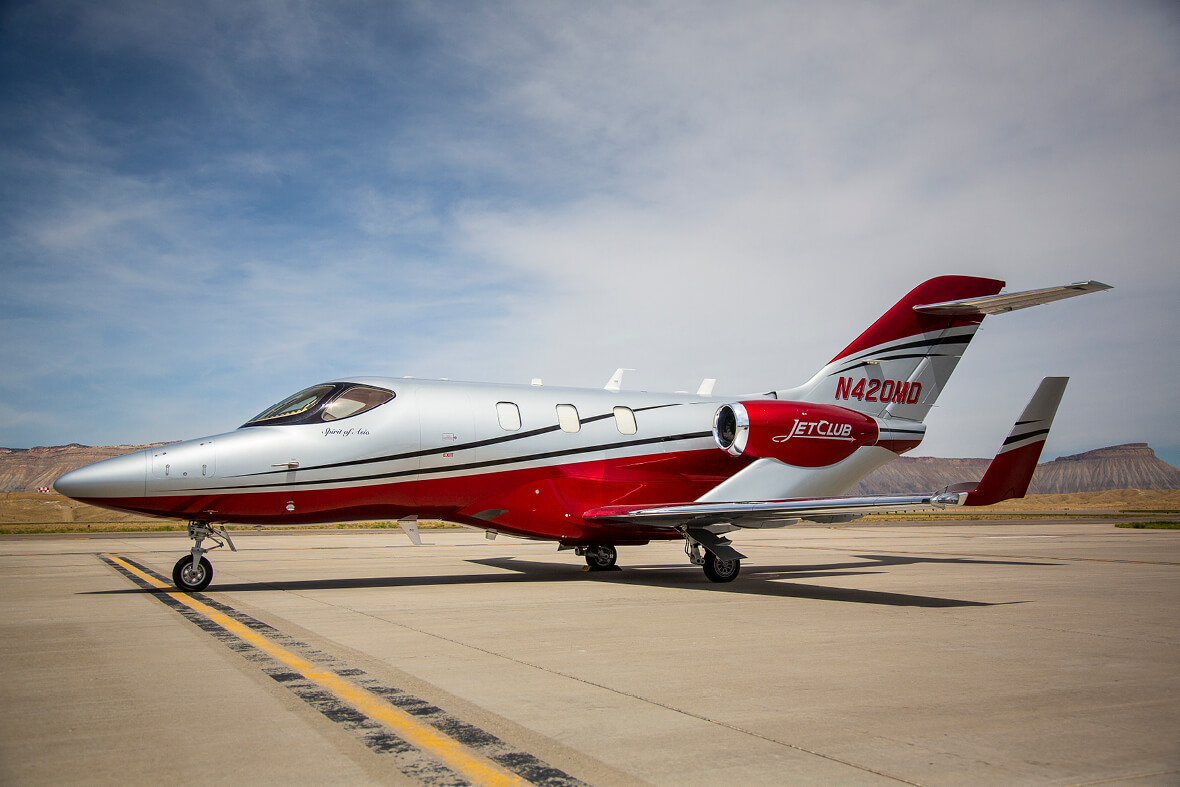 Having proven its HondaJet fractional ownership programme with Jet It in North America, JetClub came to Europe with the same concept last June. Founder, Chairman and CEO Vishal Hiremath describes the programme

JetClub provides an unusual co-ownership scheme based on a unique aircraft. There is no mistaking the HondaJet, with its overwing engines and distinctive profile, although its fuel efficiency and comfortable cabin are less obvious other than to those who have flown it. They are qualities Vishal Hiremath, JetClub’s Founder, Chairman and CEO knows very well.
“I was bitten by the aviation bug,” he begins, “as an eight-year old walking into a TriStar cockpit. From then on, I wanted to be a pilot, but not a professional pilot, so I became an engineer and have a private pilot’s licence. I worked at Rockwell Collins on advanced cockpit technologies, then joined Gulfstream, moving into business development and sales. Then it was on to Honda, where I headed the international sales team.
“We found lots of prospects who loved the HondaJet but told me and my co-founder, Glenn Gonzales, that they didn’t fly much and would prefer an ownership partnership or aircraft share. We approached several companies and tried to sell the aircraft to them, but it was new and unknown, and they weren’t interested. So, we decided to do it ourselves.”
The company launched in the US under the Jet It brand, quickly denying critics who suggested light jet fractional ownership would not work. “We believed there was a market among small and medium-sized business, entrepreneurs and corporations looking for cost-effective options for private flying. We launched with one aircraft and three years later we have 14 in the US and Canada.” Based on that success, JetClub was launched as an international company, starting out in June 2020 with a single Europe-based jet operated on a Maltese AOC. JetClub also took the aircraft to the recent Dubai Airshow, hoping to raise awareness and interest in a region traditionally dominated by larger jets.

JetClub concept
The aircraft of the Jet It and future JetClub fleets will be identically branded. Customers sign up to shared ownership of a HondaJet, with options ranging from one half to one eighth of the time available on that aircraft per year. In reality, they are buying guaranteed access to a HondaJet, rather than to the specific aircraft they are nominally part owner of.
“We offer a number of days per year rather than hours. Our starting point is a one-eighth ownership share, or 12.5%, which equates to 35 days per year. On any of those days, the customer may fly just one hour, or as many as eight. It offers great flexibility,” Hiremath explains.
The HondaJet is not a long-range aircraft, but Hiremath states: “We are a regionally-focused global company”. A JetClub customer could, therefore, fly from Paris to Biggin Hill, join a chartered jet for Van Nuys, and pick up a Jet It HondaJet for their onward journey. Jet It customers are already using JetClub’s aircraft when they visit Europe.
The policy so far has been to assess the market and then sell an aircraft to owners before taking delivery. “Sometimes we take an airplane in advance or lease one to provide better support to our clients or facilitate a regional demonstration aircraft,” Hiremath says, “but we like to be quite conservative.” Pilots are full-time employed, with four available in Europe and many more in the US.
Hiremath believes that once potential customers have flown in the HondaJet they are hooked. “Our European customers are remarking on how spacious it is for a so-called very light jet. It’s very comfortable and quiet, and we have no regrets choosing it. There are also cost savings in having a single-type fleet… if we have to grow faster or increase range we may step up to a mid-light jet, although the HondaJet is likely to remain in the fleet.”
Jet It and JetClub customers are evidently extremely happy with their aircraft, but there is more to the package they buy into. A full concierge service is available to them and Hiremath says it has received: “…amazing feedback from brokers and customers”. He concludes: “It seems the airlines do a great job for us by delivering lousy customer service, forcing more people into private aviation. I don’t want our customers choosing option one, two or three, so we have dedicated customer service people who can arrange anything and respond to questions, even those about COVID. It really has made a difference for our fractional owners and charter clients.”