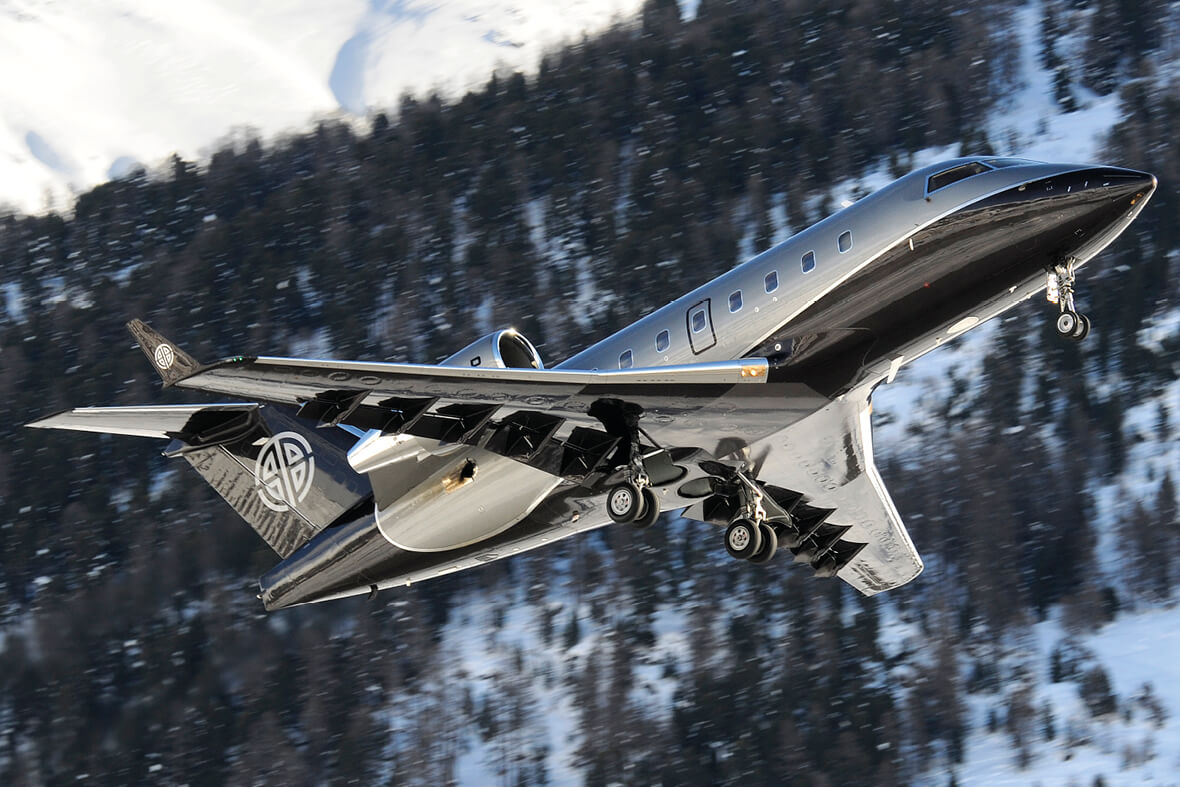 Military operators speak of ‘capability’, a term encompassing every aspect of task delivery, including people, equipment, operating procedures and contingency. Moving a senior commander or politician safely into a conflict zone, for example, is achieved through exercising well-practised and carefully applied capability.

Sentinel Aviation describes itself as a ‘private jet and helicopter charter and management company’ but is, in effect, a provider of VIP and VVIP transport capability. It’s a fact that comes as no surprise when one realises that owner Roland Dangerfield is a former British Army tank commander.
Dangerfield worked on Challenger 2 tanks, before training as a business jet pilot. “My first flying job was on a Challenger 604 from Montreal to Farnborough,” he quips, “and when people ask how I got the job I tell them someone must have seen that I’d commanded a squadron of Challengers and thought I’d flown lots of them.”

Dangerfield first mooted the idea for Sentinel Aviation in 2019. The people he mentioned it too were often sceptical, pointing to the several companies already doing similar work. “But I had lots of connections and wanted to offer something different,” he explains. “I’d been in private aviation for a decade or more, but a little of the Army is still in me and I was noting my own frustration at things people thought they were doing well, and that were OK, but which I thought could be done better.” In December 2019, he stopped flying and set up Sentinel Aviation.

Resonating USPs
Barely three months later, the UK was in national lockdown as the world reeled before a pandemic. Has the unfortunate timing of Sentinel’s debut dented its early success? Dangerfield says the jury is still out, but: “I’m hugely optimistic for the future because our USPs are resonating within the industry.

“We aim to deliver a service that really is second to none, including everything from transport to the airport, meeting passengers at the terminal, to delivering exceptional catering and so on. Consider COVID security, for example. There’s a belief that travelling through a private terminal is easier than through a main airport, but that’s not strictly true.

“There are COVID procedures in the limo or taxi from home to the airport, and in the terminal. Then another set for the aircraft and operator – everyone does it differently, there’s no standard – before another set of procedures at the arrival airport and then in the transport to the final destination. That’s five sets of potentially different procedures, so we ensure everyone is comprehensively briefed with every ‘T’ crossed and ‘I’ dotted along the way.”

Dangerfield has considerable experience ‘crossing and dotting’, perhaps better expressed as extreme attention to detail, from his British Army career. Alongside his extensive tank experience, he also wrote visit programmes for senior military and other public figures, including the British Royal Family. “Attention to detail means ensuring the right person is where they need to be at the correct time with the required documentation, factoring in every aspect of the visit or trip.

“I think people like that level of planning and, on that basis, I’ve had some very interesting enquiries come directly through the website. One of them was from an experienced European executive who considered Sentinel the only choice for real, bespoke, individually designed travel.”

Military Ethos
Drawing on his military connections, Dangerfield has nurtured ties with travel security and travel medicine companies. The latter has 24/7 access to six UK-based consultants, ready to advise on emerging issues but also to offer advice – and bespoke medical packs in cases where travellers have known medical issues – before, during and after flights. The security company can deliver travel risk assessment and extend its cover to include close protection should their business take a passenger to a region where personal safety is a concern. Its personnel, Dangerfield notes, are generally former special forces operatives.

“Our aim,” he says, “is to deliver value for money through a level of service that always goes beyond the norm. We don’t profess to be cheap – there are plenty of charter operators and brokers that will offer cheaper flights – but we do guarantee service that goes beyond, and in that context value for money and cheap are quite different things.”

Sentinel’s customers typically appreciate a personal approach that includes knowing the names of the staff handling their journey and, quite often, knowing them personally from previous experience. In terms of the companies providing additional services – medical and security, for example – Dangerfield’s approach borrows much from the military experience. When he assigns security to a client, he knows not only the company handling the work, but also the operators on the ground, enabling an enhanced level of trust and reliability that ultimately benefits the customer.

“It’s actually a key philosophy for the company,” he says. “We aren’t looking for hundreds of charter clients, but more like 100 clients that we know really well. We want to know their support and admin teams so that we become a seamless solution to their travel plans. I want people to recommend us – ‘Sentinel Aviation is the company to go to and I’ll try to get you in…’ – I’d like people to want to be our clients, to make it an exclusive service where we look after our customers properly and really understand their needs.

“And when we’re faced with a problem or a challenge, we can usually get around it. The military is an amazing network of individuals doing really interesting jobs and even if I don’t know someone with the solution, I can usually find someone with the right skills who recognises the Army background and is willing to help.”

Dangerfield invests similar effort in sourcing exactly the right aircraft for his clients, preferring personal research and connections to marketplace apps. “I go to operators I have a good relationship with and tell them I have a very special client and here’s how we’re going to work with them.”

Sentinel also offers aircraft management, on a predictably exclusive basis. “We’re all pilots who’ve managed aircraft in the past and we’re looking for maybe half a dozen owners of heavy jets. We believe that as soon as you go beyond five or six jets the service quality suffers, and we want people to be waiting to come to us because we are at our maximum capacity and won’t dilute the service.”

If one word were used to describe Sentinel Aviation’s offer it would most likely be ‘niche’. It delivers precise, bespoke and immensely flexible service to an exclusive clientele. To say that Roland Dangerfield has big plans for the company’s future would be incorrect. Instead, he has rigorously defined plans for a carefully managed future where Sentinel Aviation becomes synonymous with its prestige clients and their particular needs, and refuses to water down its product by expanding into a wider market.