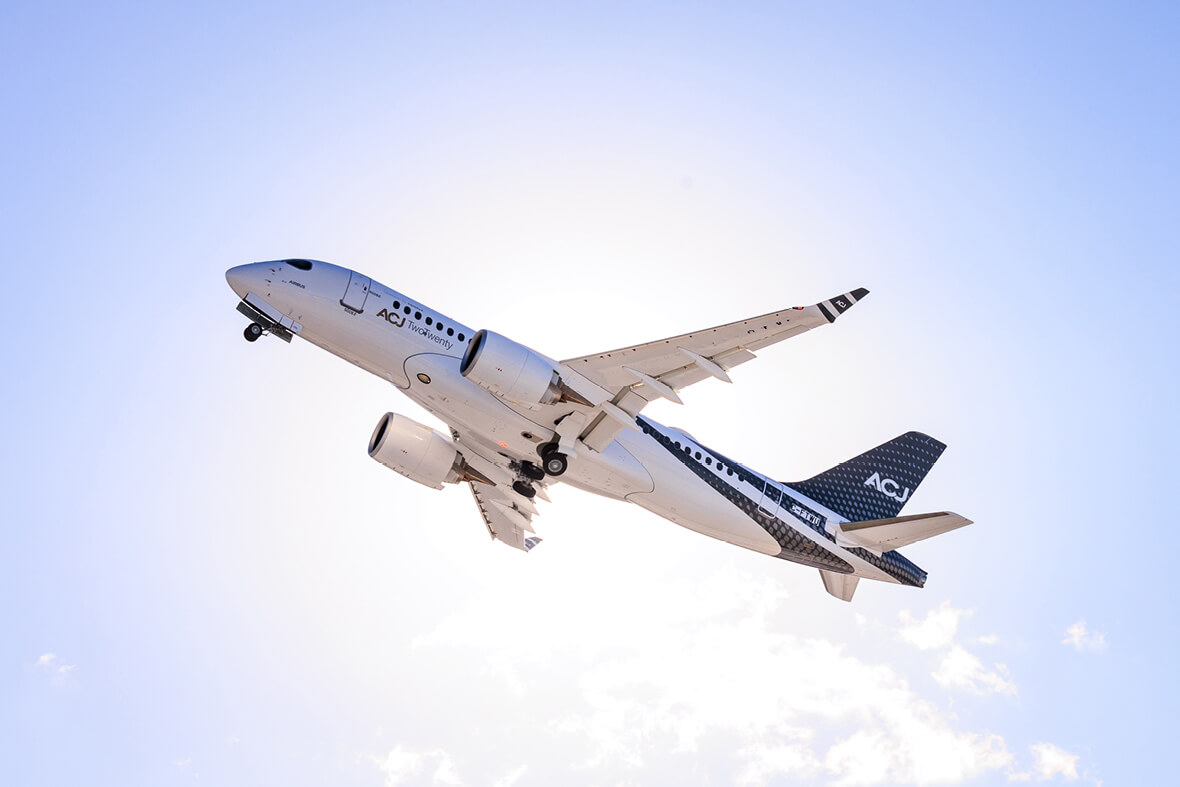 EVA caught up with Benoit Defforge, ACJ President, in effusive mood as he talked about his passion for aviation and belief in the ACJ TwoTwenty’s ability to open up the US market

What’s next?
Almost every model, although not every subvariant of every model, in the Airbus airliner portfolio now has an ACJ derivative. Still, one or two aircraft offer interesting possibilities for the future, including the A220-300 (the ACJ TwoTwenty is based on the shorter -100) and A321XLR. What does Defforge think? “Our focus today is on the A220-100 airframe, which we call the ACJ TwoTwenty and which has a long product lifetime; should we have a customer request for the -300, we will look into it. The A321XLR has space and range, but it’s achieving so much airline success that production slots are booked for the near future. We already delivered an ACJ321LR to the German government though.”
The ACJ TwoTwenty is a game-changer Defforge insists. He is very passionate about the aircraft. Where, then, does he expect ACJ and the ACJ TwoTwenty to go in 2022? What might he be telling EVA about the previous year in spring 2023? “I’ll be telling you that 2022 was the year in which we really penetrated the US market, building the foundation for long-term trust with our US customers.”