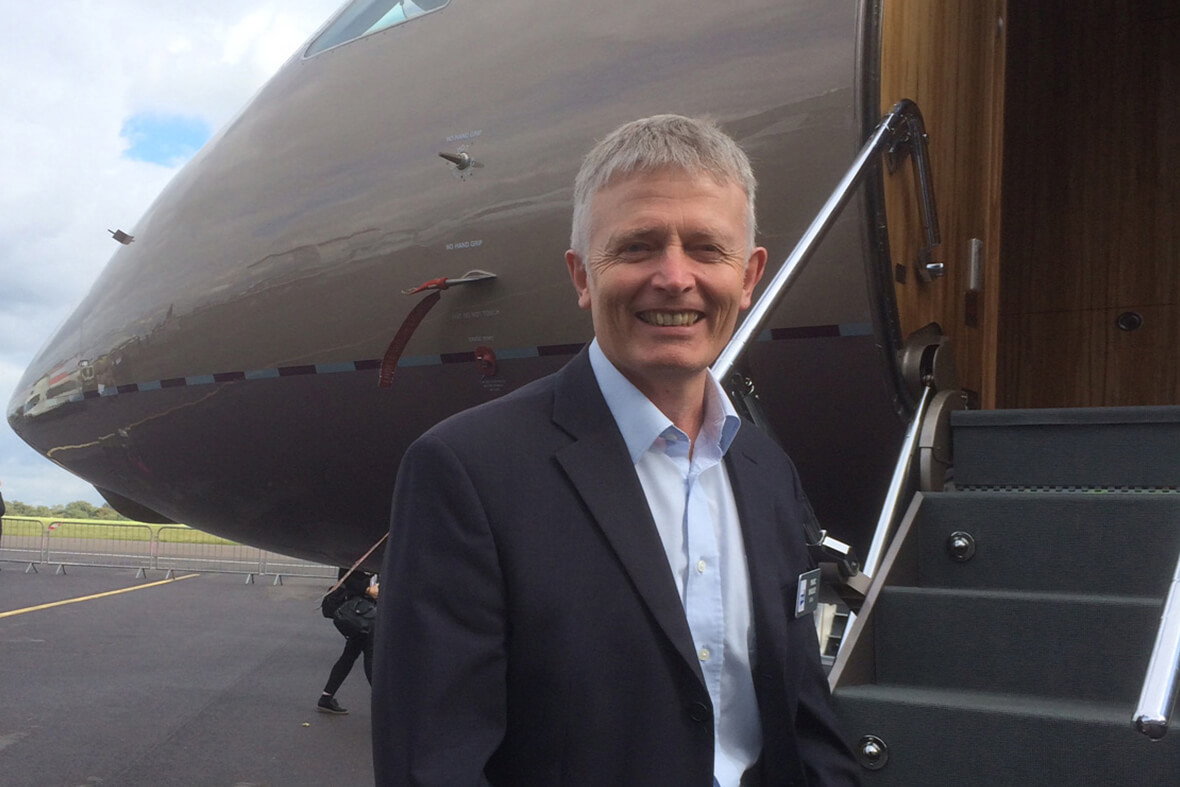 From a UK operator perspective it’s fair to say that Brexit was the source of considerable trepidation. With input from UK-based industry executives, EVA takes a look at the Brexit situation and discovers that COVID is ‘diluting’ the worst of its effects

The UK severed its European Union (EU) ties at 23:00hrs on 31 December 2020 as a result of the so-called Brexit process. In a late February press release, George Galanopoulos, CEO of Luxaviation UK and Head of Charter Sales, Europe at Luxaviation Group said: “The industry is fully, and in some cases painfully, aware of the jet charter legislation that changed because of Brexit on 1 January 2021. Aircraft registered under a UK Air Operator Certificate [AOC] can now fly commercially to and from but not within the European Union [EU], and aircraft registered under a European Union Aviation Safety Agency [EASA] AOC can fly commercially to and from but not within the UK.”

An AOC is an approval granted by a national aviation authority for an operator to use an aircraft for commercial purposes. For UK owners relying on charter business within the EU, the new restrictions could prove costly, but the industry and regulators are working hard to find solutions.

“At the moment,” Galanopoulos continued, “we can operate to, from and within the EU with non-objection applications or block permits that some states are prepared to issue. But the paperwork takes time and can be rejected.

“We want to help UK-based owners keep their aircraft flying commercially within Europe and we, along with our industry colleagues, including the members of the British Business and General Aviation Association [BBGA], are working hard to ensure a positive outcome in negotiations and we hope there will soon be bilateral agreements between EU member states and the UK.

“We have acted quickly with a process of merging certain AOCs within Luxaviation Group. If necessary, therefore, owners have the opportunity to change their AOC registration from the UK to Europe.

Meanwhile, Luxaviation was busy explaining to the UK owners whose aircraft it manages that moving them from a UK to an EASA AOC registration would allow commercial flights within the EU, with any one of eight European AOCs available within the Group. Interestingly while the AOC moves, the aircraft need not change base.
On the other hand, should a UK owner only wish to operate their aircraft privately, they don’t need to respond to the new commercial rules, while those flying commercially directly into and out of Europe may remain on their UK AOC.

BBGA
Speaking at the British Business and General Aviation Association’s annual conference on 4 March 2021, BBGA Chair Aoife O’Sullivan noted that the organisation’s board had ‘really stepped up’ in 2020/21, as it responded to the challenges of COVID and Brexit. Just 12 months earlier, UK operators had expected that Brexit would be the bane of 2020, but a far greater challenge obviously presented itself almost immediately after last year’s BBGA event.

Marc Bailey, CEO at the BBGA, told EVA: “We’re working directly with members and the government negotiating team for permits for freedoms of flight. It has been an ongoing, daily process as we receive information from members on the issues they face getting into countries, looking at the details of those and passing them on to the negotiating team so that when they have discussions they can either facilitate something that’s being blocked, or it goes into the wider discussion. We have a weekly meeting with the government team [comprising representatives from the Civil Aviation Authority (CAA) and Department for Transport (DfT)] and it works really nicely.

“In many ways we’re seeing almost a blend of Brexit and COVID. Our sector is really good at being agile and adapting, but when there isn’t enough business our members aren’t always generating enough revenue to keep things ticking over. We’ve seen some flex and change their business to deliver other services, plus a large number of aircraft transactions, which are keeping a raft of organisations very busy with inspections, legal and financial support, and so on.” Both scenarios are generating new questions as a result of Brexit and Bailey says they are being successfully addressed on a case-by-case basis.

Meanwhile, many European states are proving flexible in their work with the UK authorities, while others are a little slower; for operators, it’s also important to remember that the fallout from Brexit is just as new to EU and other European states as it is to the UK. Nonetheless, while some countries have done all they can to facilitate UK operations in Europe, others have been, according to one industry insider, ‘a nightmare’. That same executive also believed his company had missed out on business opportunities where brokers had booked flights with European operators without considering the UK option, which they assumed would be too difficult from a permit basis.

Working perspectives
Meanwhile, two opinions from London Biggin Hill Airport add colour to the Brexit conundrum. Robert Walters, Commercial Director at the facility, says: “Our view is that we are part of a network of airports that support global trade, and anything that hinders global trading connectivity we see as not being positive. Right now, along with all the UK’s other airports, we’re not only dealing with heightened COVID measures, but we’re also dealing with the increase in ‘bureaucracy’ around permits for UK carriers wanting to fly to Europe and through Europe, and when European carriers try to come to the UK. But we’re engaged and involved, and we know that the industry here in the UK and in Europe is working to find a solution to these challenges so that we can continue to support UK and European travellers in the way we did previously. Right now, Brexit is adding an extra layer of challenge.”

Still at Biggin Hill, Austria-based F/LIST chose to establish a UK facility in 2019, a process that continued through COVID lockdown, having begun with Brexit looming on the horizon. Stefan Chevalier, Managing Director at F/LIST UK, says: “The decision we took to expand into the UK in 2019 was an important step for us in spite of the impending Brexit, because it enables us to serve our customers better and faster on site, a capability that is extremely important to us.” Now, he says the company is barely seeing the effects of Brexit. “Of course, he continues, “a few additional intermediate steps are now necessary, for example when organising transport between the UK and the EU. But in my opinion, the full impact will only be felt after the COVID-19 pandemic.”

Chevalier’s final point is one that resonates with BBGA’s Marc Bailey. He reluctantly admits: “There has been far less Brexit discussion than we were planning for. We are far more focussed on COVID and how we recover from it.”