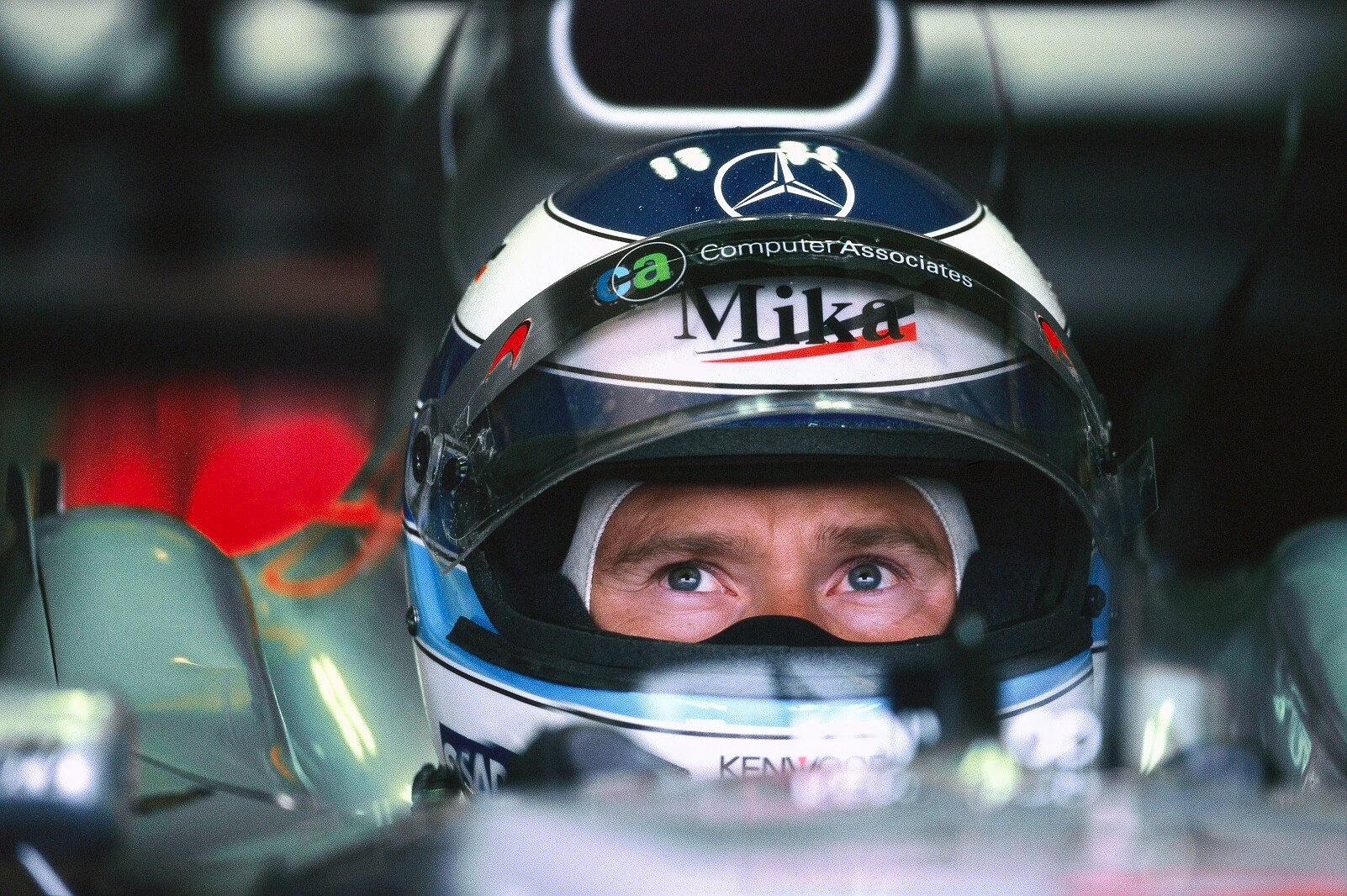 Nuremberg-based FAI Aviation Group enjoyed a busy 2019, celebrating its 30th anniversary and continuing expansion, adding a Global Express and Learjet 60 to its growing fleet. Founder and Chairman Siegfried Axtmann established FAI Aviation Group on the strength of a single Citation 500 and two ambulance helicopters, subsequently enlarging it to become Germany’s largest business jet operator, with 25 jets ‘on the books’ at the beginning of the year and more arriving regularly.

He explains: “It had been a small helicopter operator, with just the two helicopters, since 1987 and I took it over in 1989. We worked through several challenges, with a mixed fleet during the 1990s, before focusing on special missions work in the 2000s. But from 2005 onwards, the last half of the company’s history, we’ve really concentrated on our successful core businesses.”

Those core businesses, Axtmann says, “…are operating and maintaining aircraft for customers, and operating our owned fleet of ambulance jets.” The latter are perhaps the most obvious element of FAI’s business, not least through the bright livery of its dedicated aircraft. The demands of repatriating critically ill patients from anywhere in the world using a fleet of specially equipped business jets seem a very long way from maintaining and operating them on regular passenger transport missions and Axtmann explains how he entered the air ambulance market.

“We originally placed at least one foot into the air ambulance business with the original helicopters, which flew passenger transfers between hospitals. It was an open market in Germany then, although today it’s regulated and fulfilled only by non-profit organisations. We then began flying for a members’ club. It was an understanding of insurance provision at the time that those who travelled abroad could afford their own repatriation by air if they fell ill or had an accident.” Repatriation clubs were established to solve the problem, members paying premiums to the club, which then assured them air travel home in time of need. “These clubs needed service providers,” Axtmann says.

“We started out operating between maybe 20 and 25 ambulance flights per year and today we fly about 1,000 each year, or three every day. It generates 11,000 hours of flying time, sufficient to fly almost 120 times around the globe.”

Indeed, FAI’s air ambulance business has grown to the point where it is a recognised global market leader, having logged more than 200,000 flying hours on patient transport missions during its 30 years of operations. Always ready to launch a dedicated Global Express, Challenger 604 or Learjet 60XR air ambulance and medical crew, FAI has gained a reputation for quickly and safely repatriating patients from regions where security may be an additional concern. Indeed, on 24 October, FAI’s excellence in air ambulance operations was recognised with a nomination as finalist in the Air Ambulance Company of the Year Award.

Helicopters are no longer part of the operation, however. “We moved away from helicopters in the early 2000s. I believe flying and maintaining helicopters is a different world to fixed wing and you really do one or the other.” Ironically, Axtmann held a private helicopter pilot’s licence for 25 years, only giving it up in the past four or five. He says flying safely requires a level of practice he was unable to achieve and he found himself only ever flying with a safety pilot. He also reckons: “If you’re an aviation entrepreneur you’d better not like flying, otherwise you’ll have a conflict of interests.”

Bombardier types are very much in evidence among FAI’s owned and operated fleet, although not exclusively so. The company recently dabbled in larger equipment, looking to become an ACJ operator, but the venture was short-lived. Axtmann explains why. “We’d had the aircraft in our hangar only two months when we got a tremendous offer for it. So, we re-sold it and decided that for the time being we won’t go back into that class because it requires an additional rating and adds an additional type to the company.

“That costs lots of money and, at the same time, we’ve been retiring certain types, including the Learjet 35 and 55, as we tried to shrink the number of models we’re operating to a minimum. It brings savings in pilot training, spare parts holdings and administration.”

FAI’s pristine HQ facility at Albrecht Dürer Airport also manages FAI Technik, an important MRO business that added to its capabilities in April 2019 with the award of FAA approval for its EASA Part 145 licence. This important certificate means the company is now fully authorised to perform MRO on US-registered business aircraft. Its focus is on Bombardier types, to the extent that Axtmann says the King Air 350 and Premier that it operates on behalf of a customer are maintained by a third party.

Axtmann has seen considerable change in his three-decade aviation career. He acknowledges that safety has improved, but considers that to be true of all industry. More specifically, he points at regulation. “It’s got tougher, which is good, because it improves safety. Another major change I’ve seen is aircraft getting larger. Thirty years ago I bought a Citation 500, from Niki Lauda. The same type of people who flew a Citation during the 1990s fly a Challenger or even a Global today. When the Global Express came out, ten years after I bought the Citation 500, it seemed such a distant prospect. I never imagined having seven in the fleet!”

Thinking about the challenges FAI has overcome so far, Axtmann first identifies the need to remain profitable. “We’ve put together a business fulfilling several niches, none of which would be profitable on their own. We share the massive overhead costs, which are especially high in aviation because of the need for regulatory compliance, between departments, maximising savings and profits without compromising quality or safety.”

Having established a diverse, successful business, what does Siegfried Axtmann expect of FAI’s next 30 years. He laughs. “Well, I’m 60 now, so I’m not sure I’ll still be onboard even in 25 years… But I’m not the type of entrepreneur who predicts new developments. I might say we’re going to add three management clients next year, but it could easily not happen. Then again, we might add five and that would be amazing, but none of it is anything you can put in a business plan. You have to maintain a workforce capable of coping with the new business, but at the same time present a business plan that remains positive if there is no new business.”

Of key importance to Axtmann, he still enjoys his FAI work and sees no reason to stop just yet. “I still run into new things at least once every month. It’s challenging and exciting, constantly learning how to deal with something new.”

In keeping with Axtmann’s philosophy of embracing new challenges, and also looking towards FAI’s next few years, in July 2019 the company named former two-times World Champion Formula 1 driver Mika Häkkinen as its brand ambassador. Known as ‘The Flying Finn’ during his racing career for speed on the track rather than skill in the air, Häkkinen won both his world championships with McLaren Mercedes, subsequently working as a Mercedes brand ambassador and, when FAI signed him, as an ambassador for McLaren. Contracting a famous face to associate with your brand is an obvious means of gaining attention and making positive associations, but Häkkinen’s involvement means rather more.

Speaking to EVA in September 2019, he recalled: “Earlier this year I was visiting Mumtalakat Holdings in Bahrain, in my role with McLaren, and FAI Aviation was presented to me. We enjoyed a very insightful discussion about the industry, which I found fascinating from the start. But it was the quality of their service and the processes they have in place that convinced me we could work together.” As an FAI customer, he says the company has most impressed him with its, “…end-to-end service, from the time my office contacts them to the point I land to my destination.”

Since then, Häkkinen has worked closely with Axtmann and the FAI team. “It is still the beginning of the journey with FAI, but I’ve already learned a whole lot about the industry from true experts. Business aviation is a fascinating segment with its own characteristics and challenges. I believe it is not just here to stay but that it will continue to grow globally, and I want to help FAI win as the industry grows. As in any successful partnership though, my work with FAI is a two-way street – I’m learning a lot about business jets and air ambulance operations.”

Of Axtmann himself, Häkkinen says: “He is a true expert. I’ve learned so much from him about the industry and how it will evolve into the future. We share the same values, so it’s a sheer pleasure to be in his team. I’m impressed with his network and vision for the company.

“It offers a surprisingly wide range of services, which has impressed me a lot. It means our message reaches a much larger audience since the company’s services touch more people. In short, FAI is very strong player in all its segments.”

With a particular focus on aircraft charter and management at FAI, Häkkinen expects: “…to meet industry experts and fleet owners to hear and understand their view of the company and the wider industry. Even though I’m not an expert, I have quite some experience in aircraft charter, so I can explain my views and bring people together.”

He may not be an industry expert, but the rigours of Formula 1 scheduling through the 1990s mean Häkkinen has experienced the full benefits of business aviation. In a summer 2018 interview, the late, great Niki Lauda told EVA that his career would not have been possible without private aviation, and “The Flying Finn” wholeheartedly agrees.

“If we go back a bit in time, some of us remember Formula 1 when testing before the season and between races was not limited. The work took place all over Europe and testing periods were normally long and intense. I think it would have been impossible to maintain a racing, testing, promotional work and family life balance without private flying. I recall once testing all the way until 5pm on 23 December. At 6pm I was in my private plane, heading home to see my family for Christmas.”

And although his racing days are behind him, Häkkinen’s busy lifestyle means he still appreciates the time private flying buys him. “I have five children and the private jet allows me to maximize the time I spend with them. There is no substitute for that. I’ve come to really appreciate the flexibility, privacy and convenience it offers.”

Disappointed that his calendar did not allow him to visit EBACE 2019 in Geneva, Häkkinen says he already has plans to attend some business aviation shows in 2020. In the meantime: “I’ve been surprised at how much business aviation and racing – which are fundamentally different – have in common. Their development is so rapid that you have to run fast to maintain a winning position. During my racing career I wanted to understand everything, every detail in the car, engine and aerodynamics. I believe there is no substitute for knowledge and I really wanted to help my engineers and mechanics build a winning car. Now when I’m sitting in a business jet I very often find myself paying attention to the details in the cabin. Business jets have become a fascination, not just as products, but more as an end-to-end service.”

Might this fascination lead him into pilot training? “Me? As a pilot? I can tell you that I would at the least be very fast!”