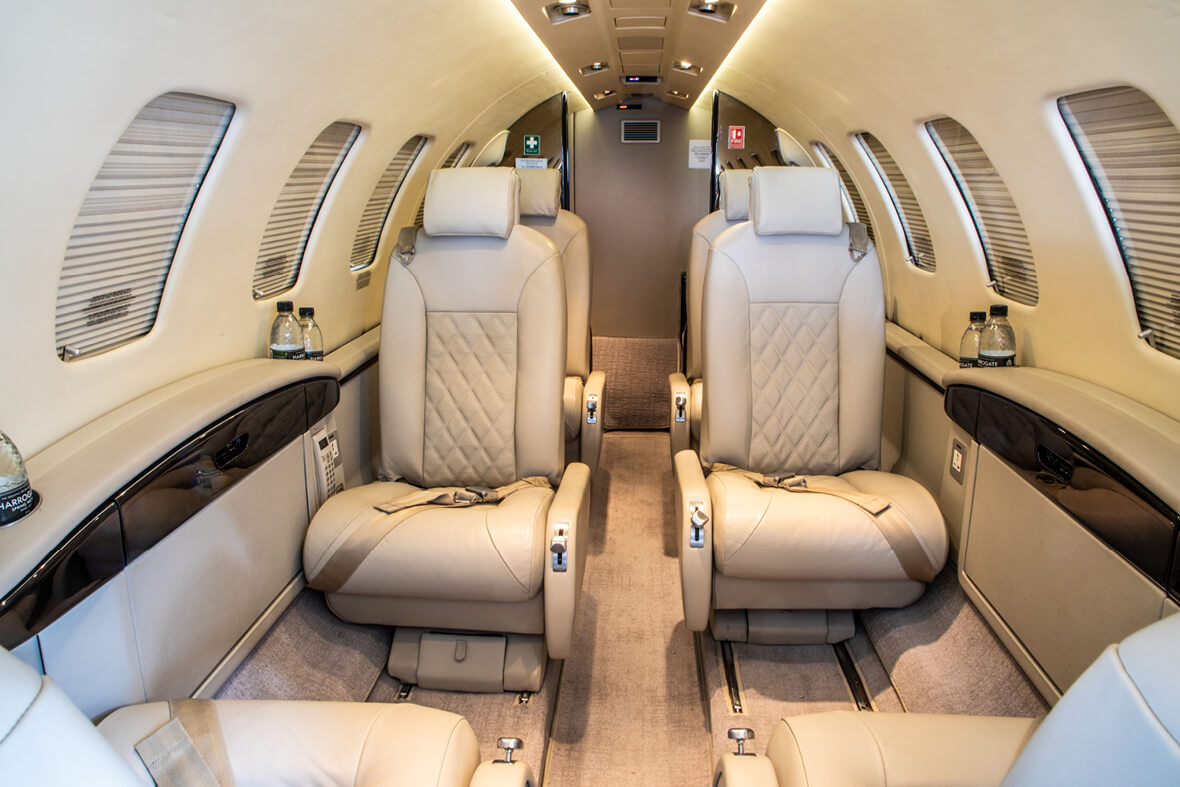 Air Charter Scotland began operations with a Cessna fleet and has continued to operate Cessna models through its 20-year history. Derek Thomson, Commercial Director/Ground Operations Manager, describes the company’s relationship with the Citation, and the dual challenges posed by Brexit and COVID

Surprisingly large, undeniably rugged and home to no more than 5.5 million people, Scotland is a uniquely proud nation. It also has a long aviation tradition, thanks in part to its remote landscape perhaps, but including aircraft manufacturing and operations. In its two main cities, Edinburgh (the capital) and Glasgow, Scotland boasts financial and cultural hubs, while elsewhere in the country new enterprise sits comfortably alongside a rich history stretching back to long before the Romans visited Britain.
All that said, it should come as little surprise that Air Charter Scotland runs a thriving business jet operation out of its Glasgow headquarters. Established 20 years ago with a small fleet of Cessna piston-twins, Air Charter Scotland later leased a privately owned CitationJet 1, offering it for charter from 2003. Under new ownership, the company expanded further into the jet market in 2006, adding more CJs, a trend that has seen it continue to operate Cessnas alongside other models. Over two decades, Air Charter Scotland has flown 20 Cessnas, a record that manufacturer Textron Aviation believes is unique. And that is surprising.
Derek Thomson, Commercial Director/Ground Operations Manager has experience with several business aircraft types and says one of the reasons for Cessna’s success in the Air Charter Scotland fleet has been Textron Aviation’s continuous improvement in customer support, including its willingness to recognise the charter operator’s challenges and work together as a team.
Since Air Charter Scotland’s fleet is operated on behalf of owners, there is also a question of why they continue to choose Citations.
“I believe Citation dispatch reliability is an important factor and the aircraft are very efficient,” Thomson says, “and then there’s the cost of acquisition. We speak to lots of people looking to enter the private aviation market and many of them could afford seriously large aircraft. But we try to be as impartial as possible and provide the best guidance. We encourage them to buy something more modest as they explore private jet ownership and the Citation is perfect for that.”
Interestingly, two of the Citations have Tamarack winglets installed and Thomson reveals ‘great efficiency figures’ as a result.

Maltese AOC
Air Charter Scotland’s fleet is Cessna heavy, but also includes three Legacys, a Challenger 350 and a Falcon 7X. While the latter offers considerably more range, the company’s operations are mostly limited to Europe, North Africa and into the Middle East. Speaking via Teams, Thomson was clearly not in Glasgow; turning his laptop, he revealed a sweeping Maltese vista before him.
He was wearing his alternative Accountable Manager for Air Charter Scotland Europe Ltd hat, essentially managing the company’s new Maltese AOC. The move towards a Continental base was made in response to Brexit, a palaver to which Scotland did not subscribe but was forced to accept by the wider UK vote. The ravages of COVID hid the worst machinations of Brexit, but now operators across Europe, and especially in the UK, are learning to negotiate the new normal.
“The aviation deal was put in place on 24 December 2019,” Thomson rues, “just one week before we pulled out. We’d already set up the Maltese AOC to counteract the situation, but COVID meant we didn’t have time to assess Brexit’s real impact. We decided that we’d watch the situation from April 2020 and through the summer. It has been better than we thought it would be for our UK operation, but there’s no getting around the fact that it’s created around three times more work to plan a trip.
“I’m in Malta exploring how we can expand our European fleet through external aircraft management and, most likely, some internal changes, moving aircraft from the UK to the EU.” The result for Air Charter Scotland is likely to be jets lost from the UK register, while new aviation jobs are created in Malta, rather than at its Glasgow HQ or its Edinburgh and Luton outstations.
Meanwhile, Air Charter Scotland’s flight operations team continues to excel. Through the challenges of COVID and Brexit they’ve continued delivering the flexibility and reach only possible through business aviation – often, Thomson says, thanks to “lots of late nights and strong coffee”. “Sometimes, at the height of the pandemic, we saw borders changing by the hour and there was always a concern we’d have a crew stranded. But we made certain everything was 100% perfect and managed to come through it.” And that effectively sums up Air Charter Scotland’s ethos and formative relationship with Textron Aviation: always striving for perfection regardless of the challenge, to deliver unique capabilities as safely and efficiently as possible.