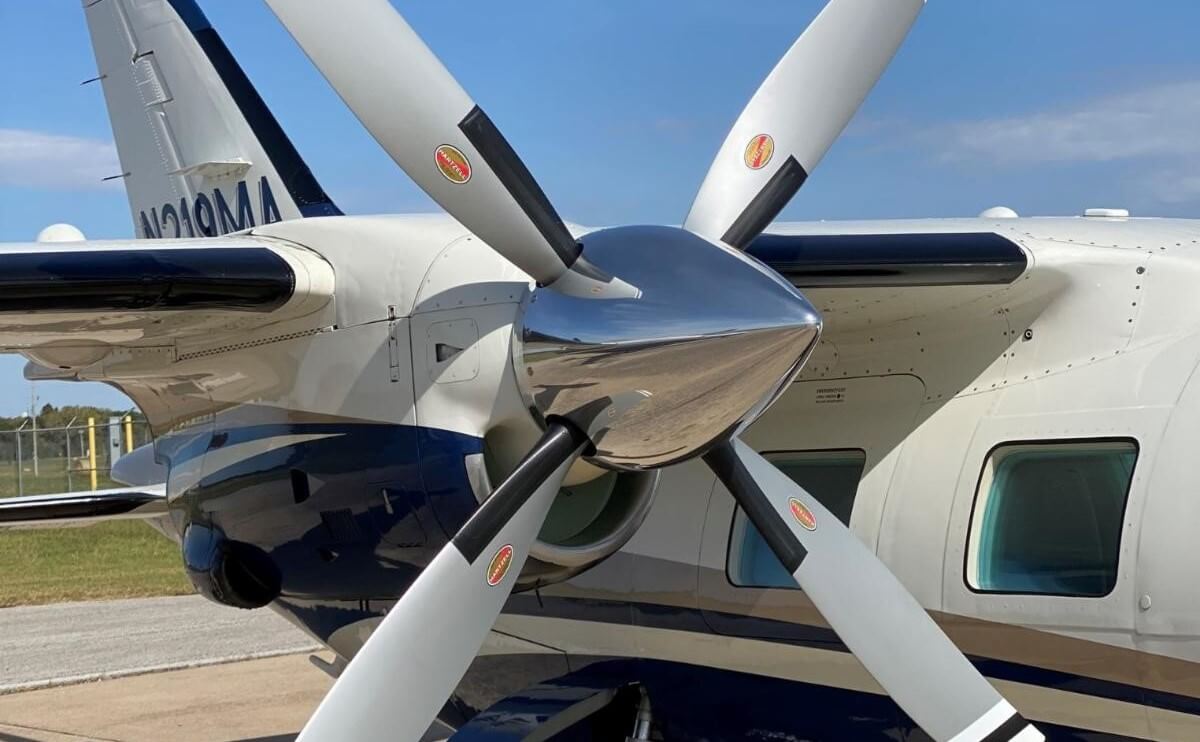 IJSC’s first installation under the new STC was on a MU-2 owned by Jay Consalvi, a Colorado-based ex-Navy fighter pilot. In addition to flying numerous combat missions in F-14 Tomcats and F-18F Super Hornets off the U.S.S. Harry Truman, he won the 2017 National Championship Reno Air Races.

“The new scimitar design is cool. It looks like it means business and it’s ready to go racing,” Consalvi says. “It starts quicker and cooler. Smoother and quieter than the previous props. I fly a lot of long legs at 96% and I get nearly the same cruise speed I had with the old props at 100%. And I climb to 280 in 2 minutes less.” he added.