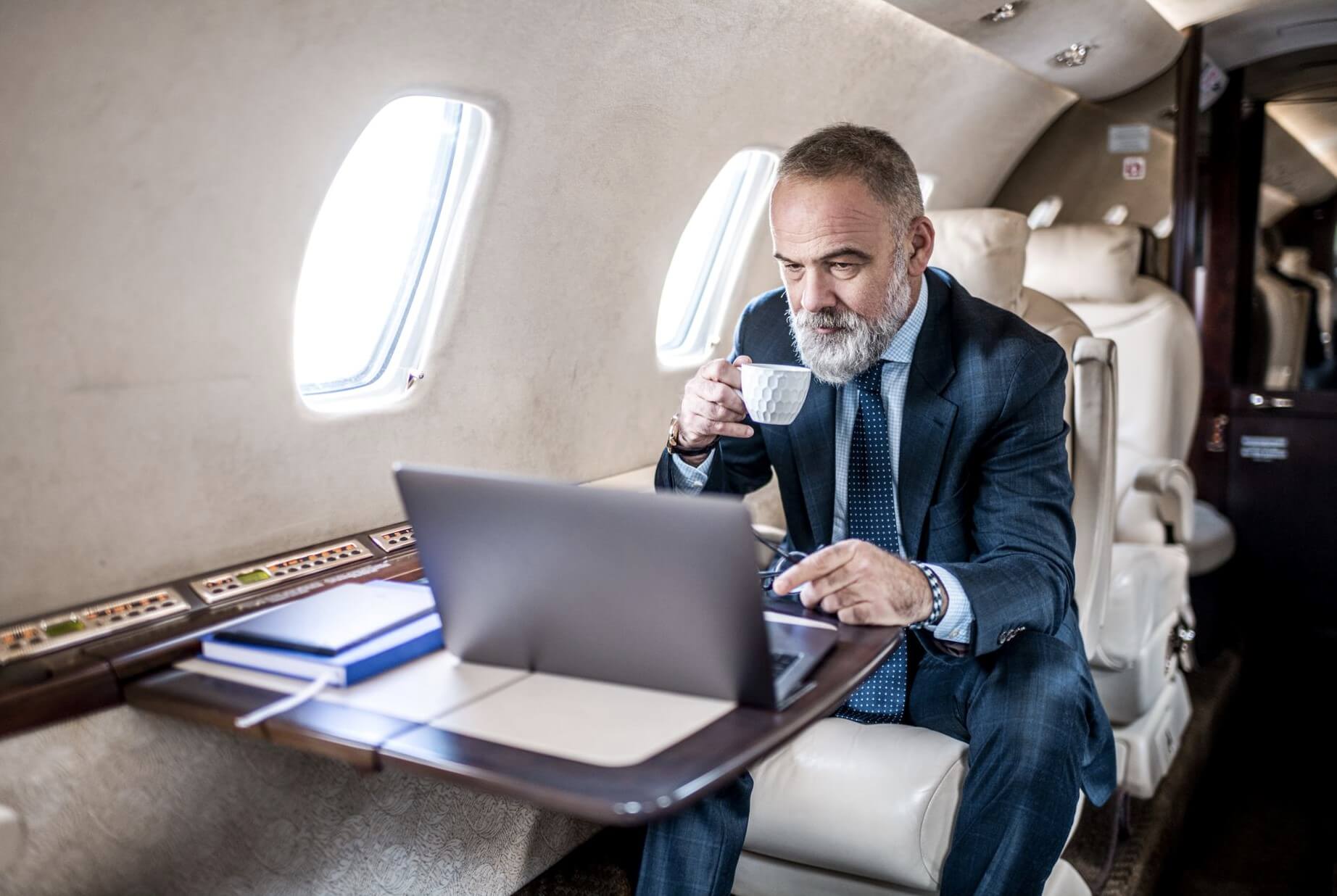 Information about the ground-breaking programme, titled JX Evolution, were announced for the first time at the European Business Aviation Convention & Exhibition (EBACE) in Switzerland.

This will enable users to simultaneously connect even more devices and enjoy even the most data-hungry applications, such as high definition video, without interruption. As an example, it would take 23 seconds to download a high definition movie.

Speeds will further increase as a result of Inmarsat’s fully-funded technology roadmap, with seven satellite payloads being introduced to its Ka-band constellation, increasing the total number to 12.

This includes two Inmarsat-6s, the most sophisticated commercial communications satellites ever built, which enter service next year.

They will be followed by two payloads in highly elliptical orbit, enabling the world’s only commercial mobile broadband service for business jets flying in higher latitudes and across the Arctic, then three more satellites in geostationary orbit – adding further speed, capacity and resilience.

JX Evolution will also leverage the latest terminal advancements from Inmarsat’s partners, which are compatible with a wide range of business jets, using cutting-edge technology and lightweight designs to optimise performance, reduce costs and simplify the installation and maintenance processes.

Kai Tang, Inmarsat’s Head of Business Aviation, said “Inmarsat’s Jet ConneX is regarded as the gold standard of business aviation connectivity and its market leadership has only been reinforced following the pandemic, with soaring demand for inflight broadband that is fast, reliable and consistent across all flight routes.

“Inmarsat’s JX Evolution follows our ethos of building ahead of demand and the new service plans that will launch as part of this programme will redefine the concept of premium connectivity.

“Speeds in excess of 130Mbps are exciting and customers can expect even higher numbers as we launch more advanced satellites in the coming years.

“Our fully funded technology roadmap will offer more than enough capacity to meet the needs of existing and future customers through to 2030 and beyond.

“We are especially excited about the second generation terminals that our partners are building to join the very successful JetWave terminal currently used for JX.”

JX Evolution will lead to a new range of service plans for JX, which first entered commercial service in November 2016 and has been activated on more than 1,150 aircraft to date.

As the business aviation market’s leading inflight connectivity service, it offers the same level of reliable, consistent and high-speed broadband that was previously only available on the ground, supporting a wide range of online activities, such as video streaming, live television, video calls, large file transfers and VPN.