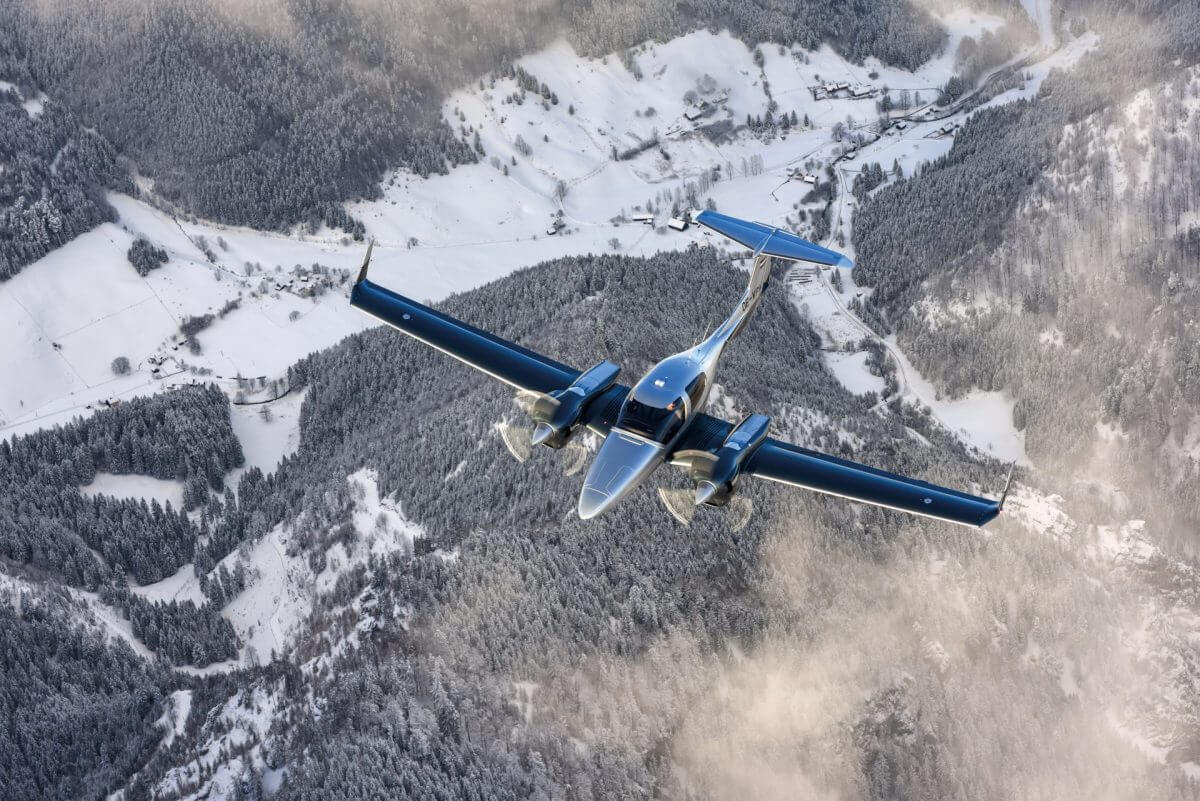 The threat posed by ice accretion, especially to smaller aircraft, is not to be underestimated, so owner-pilots should choose their ice protection system carefully. But with a number of different products on the market – with wildly varying approaches to ice protection – which is best for your needs?

Mike Eggleston, is CEO at CAV Systems, a supplier of fluid anti-ice protection solutions, that has been the primary partner in 15 FAA/EASA FIKI (Flight Into Known Icing) certification programmes over the past 28 years. Formerly known as TKS, the company have been focused on ice protection since 1942.

Here, he explains some of the key features of TKS ice protection systems, clarifies common misconceptions and explains why TKS should be at the top of any ice protection consideration process.

TKS: what is it and why do you need it?

Ice build-up represents one of the most prominent dangers when flying in cold weather or at certain altitudes. This is because it can actively disrupt your airflow, decreasing both the performance and control of an aircraft. As well as reducing visibility, ice can increase the weight and drag. Not only that, but it can increase the risk of stalling at a lower angle of attack and at a higher airspeed.

TKS is a high-performing anti-ice and de-ice protection system installed to keep your aircraft safe when in icing conditions. TKS can be designed for either inadvertent encounters (no hazard) or Flight into Known Icing (FIKI) conditions, keeping you safe whatever the conditions.

It protects all the leading edges of an aeroplane, in addition to windshields and propellers.

It works by evenly dispersing an ambient temperature freezing point depressant fluid from microscopic holes in laser-drilled titanium panels which then blend with supercooled water in the clouds, carrying the mixture away and preventing the formation and adherence of ice.

Whether you are an aircraft manufacturer or an owner pilot looking to retrofit a new ice protection system, there are many reasons why TKS represents an excellent option.

There are key differences between anti-ice and de-icing functions that are critical to understand when choosing an ice protection system.

De-icing boots consist of a thick rubber material that is inflated and expanded to crack any ice that has accumulated. This means they only provide a de-icing function; they can only remove ice that has already formed on the aircraft.

Once the operation has been completed, the boots are deflated and return the wings – or other leading edges – to their normal shape. But the risk is that if the boots are blown up too early, you are increasing the area that the ice can cover. Inflate them too late and the boots may not have the strength to break the ice and therefore fail their objective.

TKS, on the other hand, provides both de-icing and anti-icing, which helps to prevent ice from forming to begin with, as well as removing anything that may have built up. This makes TKS more reliable and effective than traditional de-icing boots.

As opposed to other forms of de-icing systems (boots, electro-thermal, and electro-expulsive), TKS systems have no influence on aircraft drag and, as a result, do not impact range or efficiency. 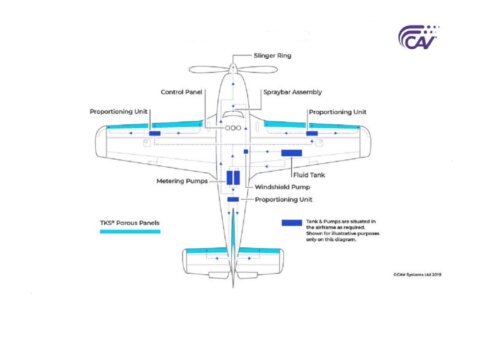 The key difference between TKS and all other Ice Protection systems, is that it is the only system that can protect the entire aerofoil. Boots, can remove a proportion of the ice from the leading edge, but any ice that has accreted behind the boots cannot be removed by the system. This can disturb aerodynamics and, in turn, cause performance losses. Other de-icing systems like electro-thermal and electro-explusive are also limited in terms of the chordwise protection they offer.