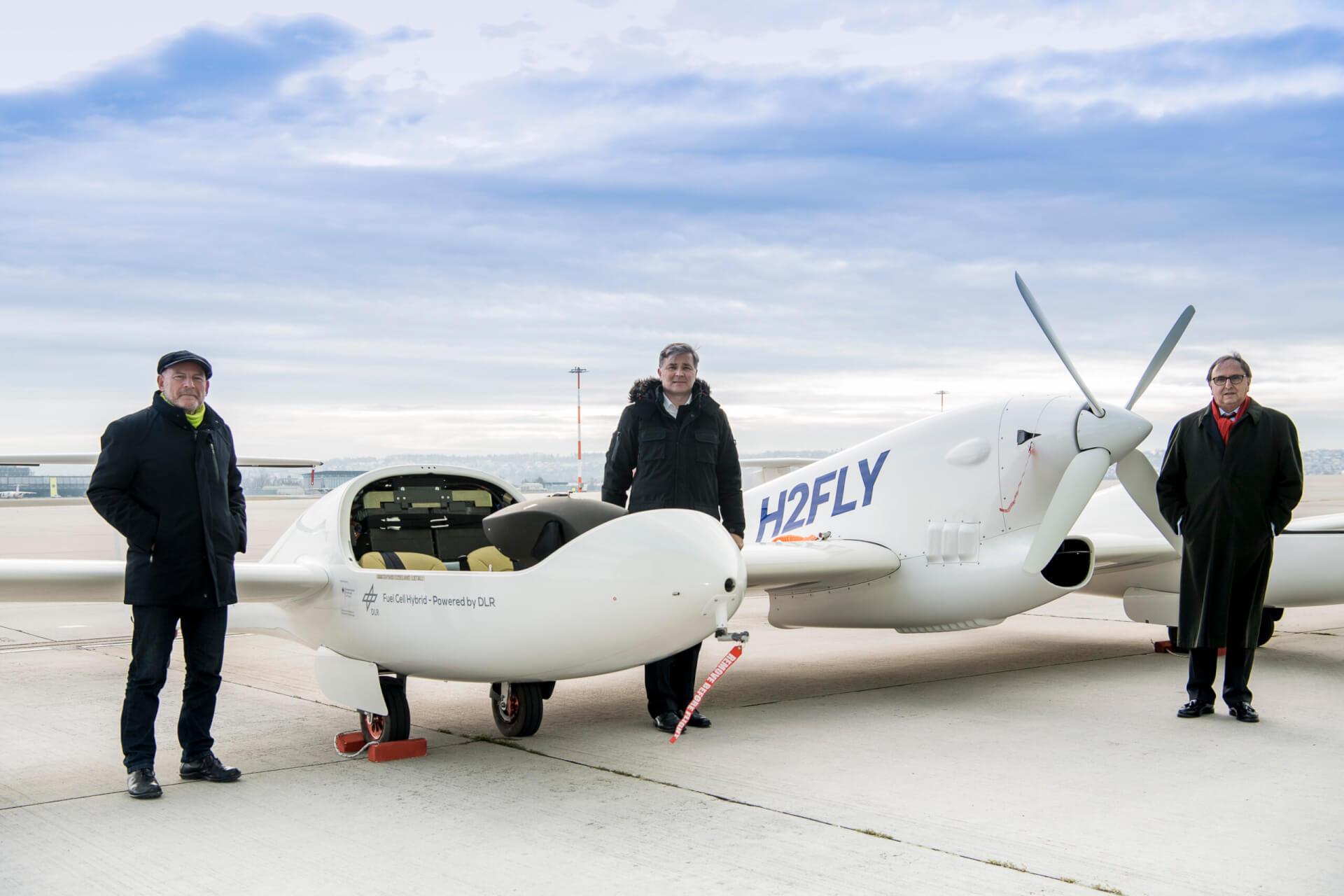 It was a world premiere, when the Hy4 took off for the first time at its home airport Stuttgart in 2016. Since then, the technology has continued to mature. The sixth generation of the engine has now received a per-mit-to-fly for tests. Under the leadership of H2FLY GmbH, a DLR spin-off, the aircraft completed 32 take-offs, flights and landings in four days in November 2020. It proved its operational flexibility and that refuel-ling with hydrogen is fast and safe.

The electric motor of Hy4 has an output of 120 kilowatts and reaches a top speed of about 200 kilometres per hour. Depending on speed, altitude and payload, a range of between 750 and 1,500 kilometres is possi-ble. A striking feature of the Hy4 is its two fuselages, which are firmly connected to each other via the wing. Each of the two fuselages has room for two passengers. The maximum weight is 1,500 kilograms.

The Hy4 will be stationed at Stuttgart Airport until May 2021. During the coming six months, the low-noise machine will undergo further tests and be visible in the sky above the region.