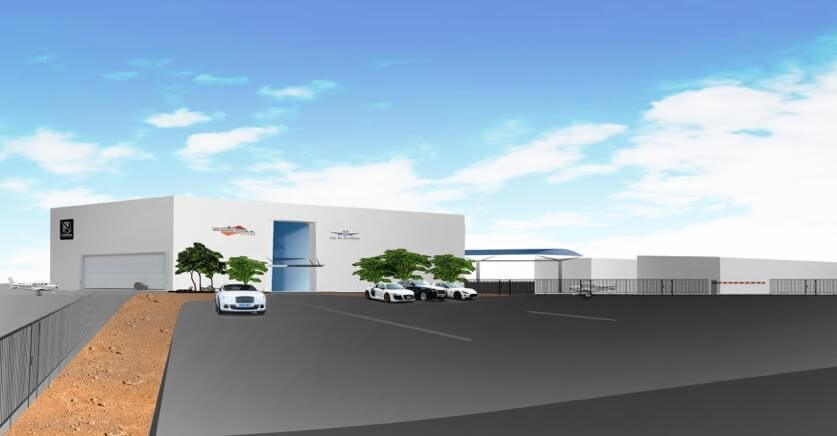 All In Aviation and Cirrus Aircraft maintenance partner Lone Mountain Aviation announce their aviation complex at Henderson Executive Airport (HND) is now in its final stages of the construction process. Over the next two months, the facility’s parking lot, offices, taxiways, exterior and interior paint, stucco and fire sprinklers will be completed to make way for the finishing touches.

In anticipation of the complex opening, All In Aviation has expanded operations to include the hiring of two full-time certified flight instructors, in addition to its first-ever Director of Flight Operations, Carl May, and has added an 8th aircraft, a 2016 Cirrus SR22, to its fleet. In addition, Lone Mountain Aviation is in the process of hiring 14 maintenance and avionics technicians, parts and support staff to accommodate the company’s expansion.

Scheduled to open to the public in March, the facility will be the first purpose-built, multi-use aviation complex of its kind at HND and include 9,000 square feet of office space, five training rooms, a full-size classroom, a library, a conference room, an avionics workshop, a pilot shop, a parts department and a 22,000 square-foot maintenance hangar. Among the 25 aircraft hangars, the facility will offer 16 “T” hangars, capable of storing small personal aircraft like a Cirrus SR22; and 9 box hangars, able to accommodate mid-size business jets – all of which are already 100% pre-leased.

“Kenny and I are thrilled our project is finally near completion, after four years in the making,” said Paul Sallach, founder of All In Aviation, of his partnership with Kenny Scherado, president of Lone Mountain Aviation. “We are currently in the last stages of ensuring we are properly staffed and well equipped to operate at our current locations and the new facility at HND,” he continued.