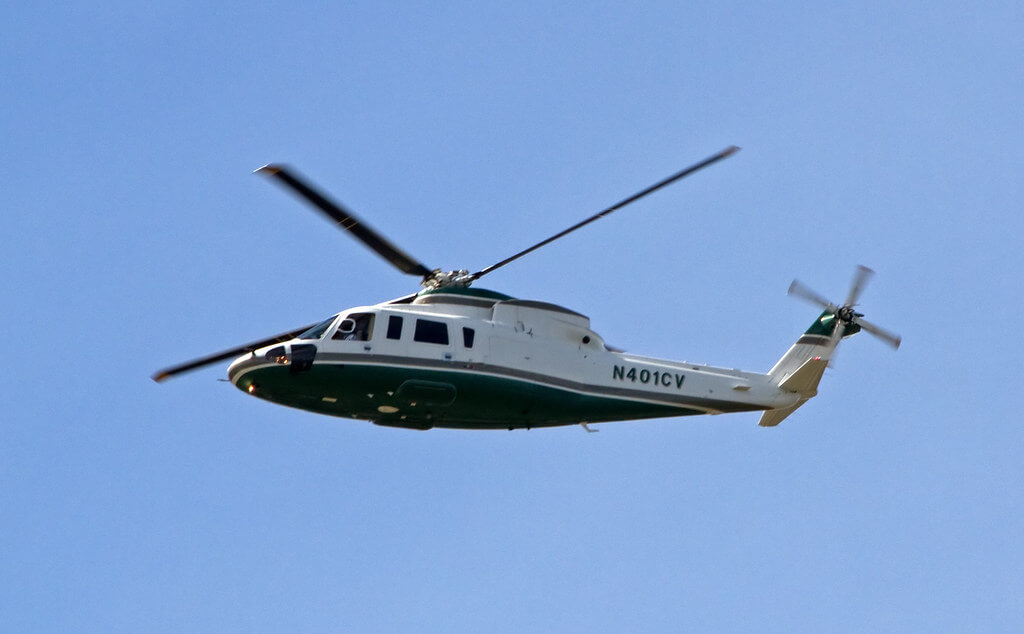 Basketball icon Kobe Bryant was among nine people who died in a helicopter crash involving a 1991 Sikorsky S-76B in Calabasas, California, on Sunday morning.

Bryant, 41 – considered to be one of the greatest players of all time – and his daughter Gianna, 13, were believed to be on their way to  the star’s basketball academy in Thousand Oaks, California, when the Sikorsky went down just south of the 101 freeway at 9:47 am local time. According to the Los Angeles County sheriff, there were eight passengers and one pilot on board.

The helicopter lifted off from John Wayne Airport in Santa Ana, California, at 9:06 am and eventually slammed into a hillside in conditions described as low ceilings and heavy fog. The helicopter, which was registered to Island Express Holding, was believed to be flying with one pilot aboard.

At 9:35 am the pilot of N72EX reported that he was at 1,400 feet and requested a special VFR transition from Van Nuys tower. He was then cleared into Van Nuys Class D airspace at or below 2,500 feet on the northeast side along the 118 freeway. The pilot acknowledged and reported a heading of 325 degrees and answered in the affirmative that he wished to switch frequencies to Socal Approach.

The pilot then requested a turn to the southwest (to intercept the 101) and Van Nuys approved. At 9:39 am the pilot reported VFR and 1,500 feet. At 9:42 am, the pilot squawked ident with Socal Approach. At 9:43:58, Socal Approach informed the pilot that he was too low for flight following. Less than a minute later, at 9:44:22, Socal Approach unsuccessfully tried to reach the pilot. The pilot did not appear to issue any distress call.

Photos from the accident area appear to show elevated terrain on both sides of the 101 freeway, with flatter terrain just west of the area where the pilot appeared to initiate a turn to the south. Data from Radarbox and Flightradar24 both suggest that the final moments of the flight were unstabilized, with the aircraft climbing rapidly from an altitude of 1,200 to 2,150 feet within 40 seconds at speeds ranging from 110 to 153 knots.

This data suggests that, during its final turn to the south, the helicopter was descending rapidly through 1,700 feet. Terrain within 4 nm of the accident site climbs higher than 2,800 feet.

Following the accident, both the Helicopter Association International (HAI) and the accident aircraft’s manufacturer, Sikorsky, issued statements of condolence. HAI said it “expresses our deepest sympathies to the families, friends, and coworkers of those lost in today’s crash.”

Sikorsky also extended condolences and said it stood ready “to provide assistance and support to the investigative authorities and our customer. Safety is our top priority; if there are any actionable findings from the investigation, we will inform our S-76 customers.”