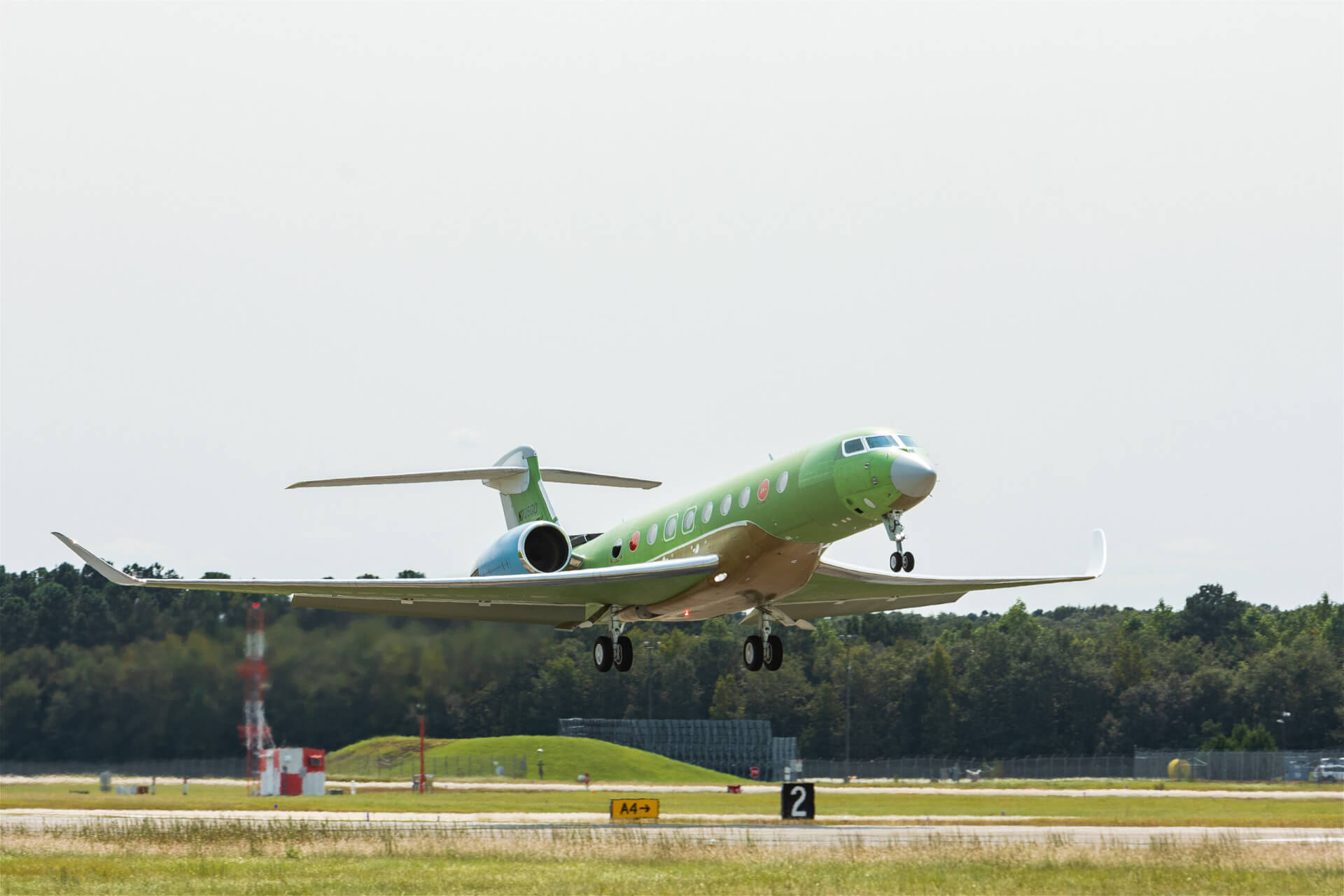 The fourth G700 took off today and flew for 1 hour and 56 minutes. It reached an altitude of 41,000 feet/12,497 meters and a speed of Mach 0.89. Its testing regimen will include avionics, the environmental control system, mechanical systems, electrical power and hydraulics.

“This is the fourth first flight we’ve accomplished within just eight months, and that is a truly impressive feat,” said Mark Burns, president, Gulfstream. “I have said it before: what sets Gulfstream apart is that we ensure our aircraft are mature upon certification, so our customers know that what we deliver will be safe, reliable and exceed their expectations.”

Together, the four flight-test aircraft have flown more than 600 hours since the program’s first flight on Feb. 14. The G700 has also flown beyond its maximum certified operating speed and cruise altitude, reaching a speed of Mach 0.99 and an altitude of 54,000 ft/16,459 m.

Additional test aircraft are being prepared to join the test and certification program and will include fully outfitted production aircraft to test the interior elements, including the award-winning seat designs, all-new true circadian lighting system, an ultragalley and a grand suite.