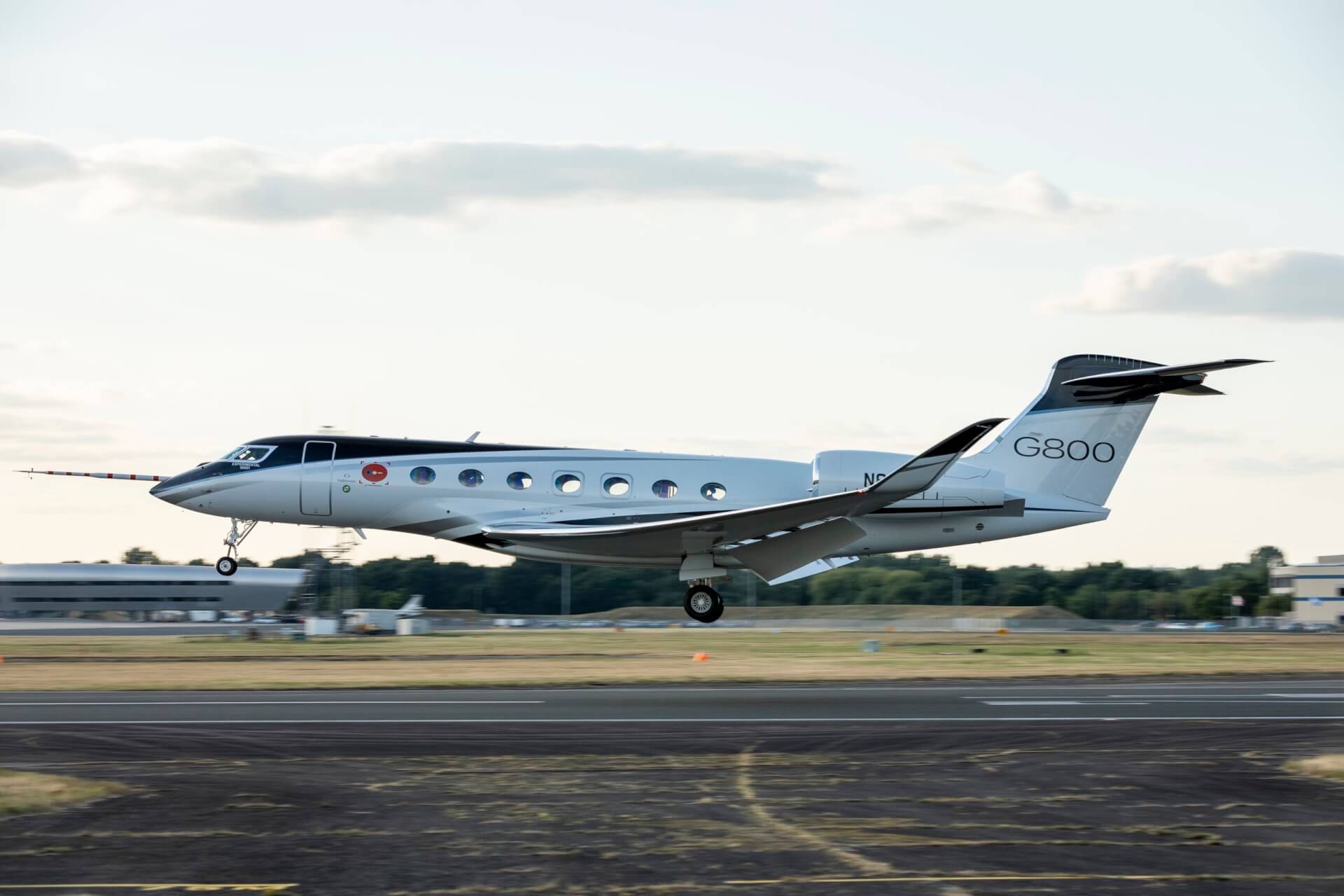 The G800 flew from Savannah to Gulfstream Customer Support’s Farnborough, England, facility in support of Gulfstream’s participation in the Farnborough International Airshow.

The G800 made its first flight on June 28 and shortly thereafter, the Gulfstream flight test team completed additional testing requirements, including a long-duration flight of more than eight hours and operations beyond the aircraft’s maximum operating speed and cruise altitude of Mach 0.925 and 51,000 feet/15,545 meters, respectively.

“To take the G800 on this trans-Atlantic trip so close to first flight is extraordinary,” said Mark Burns, president, Gulfstream.

“Thanks to our strategic planning and the investments Gulfstream has made in our new aircraft programs, we are able to fly the G800 with remarkable efficiency and bring the aircraft directly to customers early in the flight test program, as we have in Farnborough.

“The Gulfstream Farnborough Service Center is one of our newest and most modern, and it’s fitting that the G800 has made its international debut here.”

Since opening in summer 2020, the Gulfstream Farnborough Service Center has grown to more than 200 employees and earned 30 foreign regulatory approvals.

The 225,000-square-foot/20,903-square-meter facility accommodates up to 13 of Gulfstream’s larger aircraft, including the G650ER, G700 and G800, and offers maintenance, repair and overhaul services, as well as interior refurbishments and aftermarket modifications.

The longest-range business aircraft in the industry, the G800 can fly 8,000 nautical miles/14,816 kilometers at Mach 0.85 and 7,000 nm/12,964 km at Mach 0.90 and features the Gulfstream Symmetry Flight Deck with active-control sidesticks and the most extensive use of touch-screen technology in the industry.