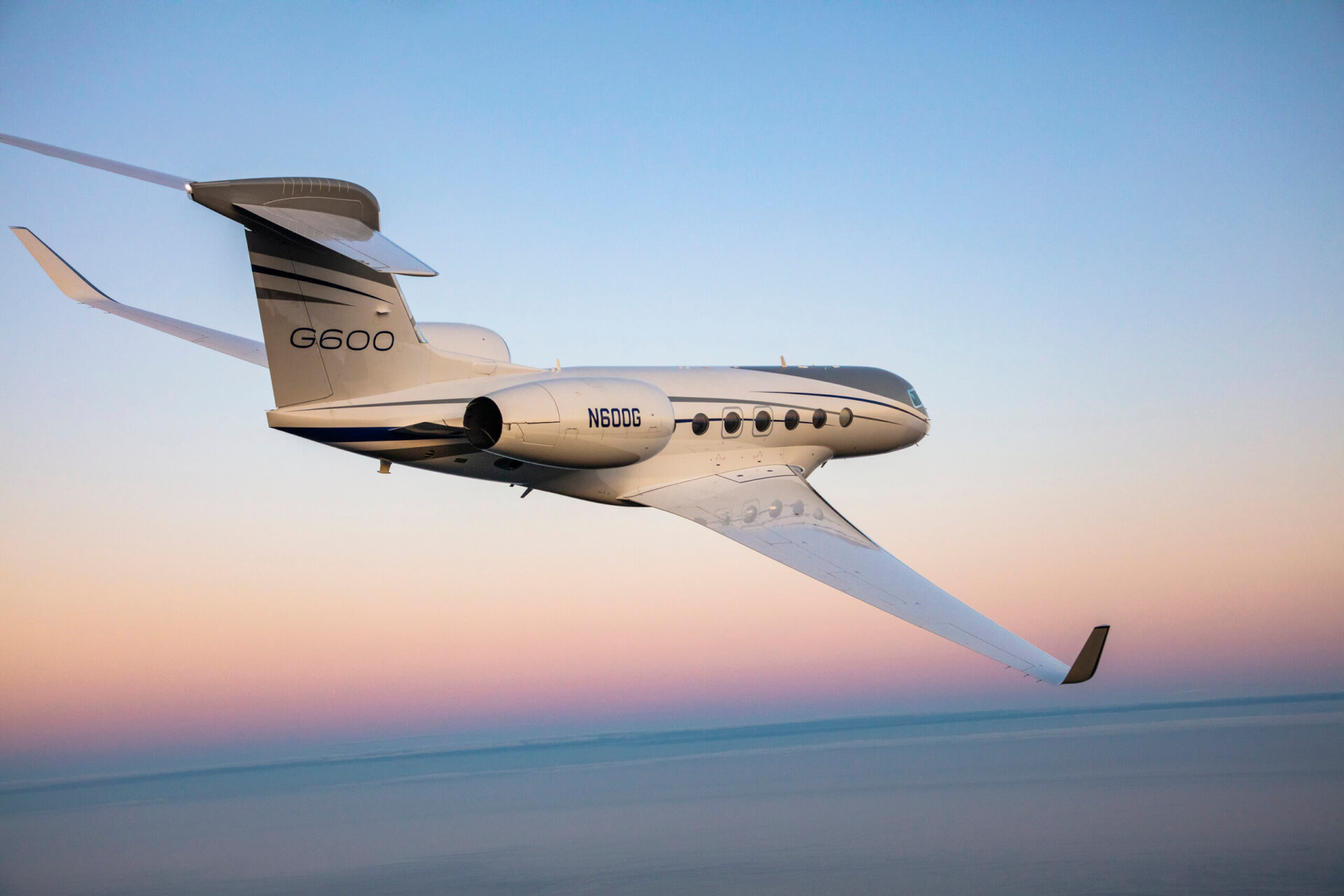 After a recently announced range boost, the G600 can now travel 6,600 nautical miles/12,223 kilometers at its long-range cruise of Mach 0.85 and 5,600 nm/10,371 km at its high-speed cruise of Mach 0.90. Its Symmetry Flight Deck features active control sidesticks, the most extensive use of touch-screen technology in business aviation and a Data Concentration Network, all of which streamline operations and reduce pilot workload.

Gulfstream has earned awards for the G600’s interior design as well as the seat designs that debuted on the aircraft. The cabin can be configured with up to four living areas, features 14 Gulfstream panoramic windows and offers the Gulfstream Cabin Experience of 100% fresh, never recirculated air, industry-leading low cabin altitudes and whisper-quiet sound levels.

In addition to EASA and the U.S. Federal Aviation Administration certifications, the G600 also holds type certificate validations from the aviation agencies in Bermuda, Cayman Islands, Isle of Man, San Marino and Mexico.