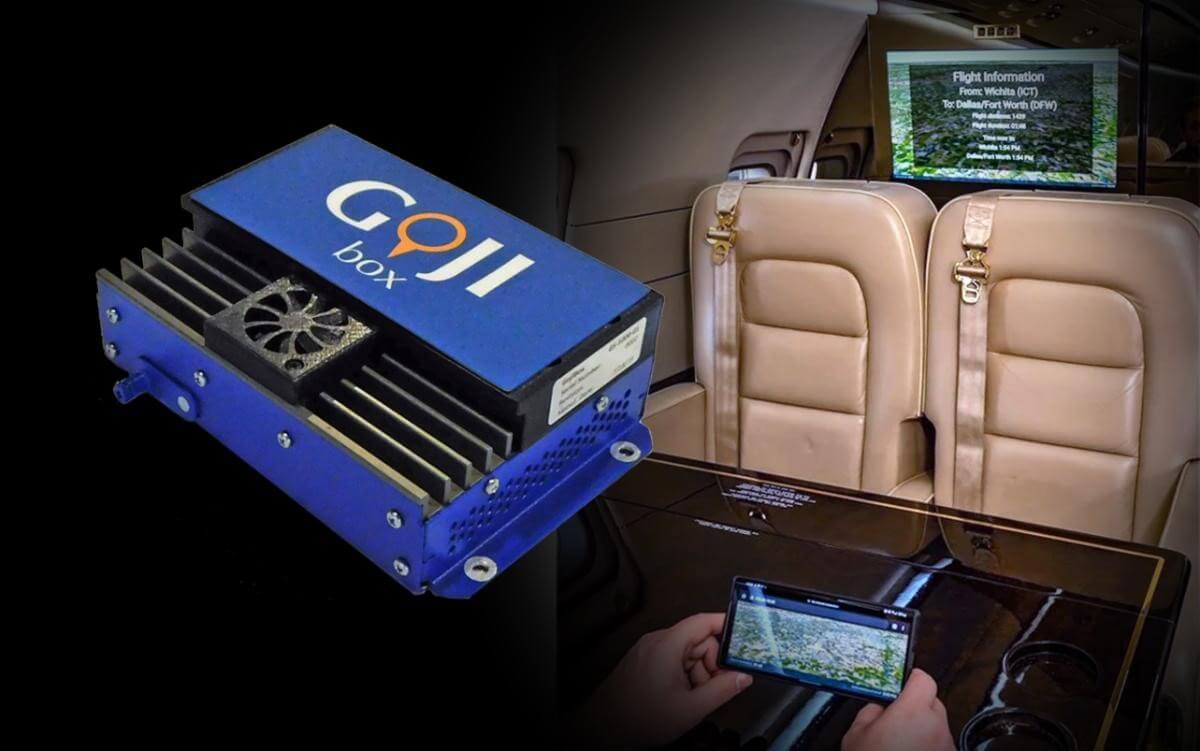 Global Aviation Technologies (GAT) today announced the first successful installation of the new Goji Geotainment system, a plug-and-play replacement for legacy Airshow cabin entertainment systems that not only offers passengers a state-of-the-art 3D moving map and flight information, but high-quality video and audio “stories” of the cities and points of interest shown on the map as well.

Global Aviation Technologies owns the STC for the installation and is the leading supplier of the Goji Geotainment System, developed by Gotham Studios.

Goji is a drop-in upgrade for Collins Aerospace Airshow 200, 400 and 4000 systems popular in business aircraft around the world, and its database allows global operation in several languages.

“The installation couldn’t have been easier for our technicians here at GAT and the Goji system is operating as promised,” said Woody Cottner, vice-president of business development at GAT.

“The concept, the quality of the content and the ease of operation for the passenger will make Goji a game-changer for fleet and individual aircraft owners alike.”

“We are very excited to be launching our new inflight experience and sharing all of our wonderful stories about the places we are flying over,” Johnson said.

“The inflight tour guide dynamically assembles the stories based on current location and destination so that no two flights are ever the same.”

In addition to the 4K 3D moving map and high-resolution satellite imagery available on cabin monitors as well as passengers’ personal devices, the Goji Geotainment offers a continuous series of geo-relevant visual and audio stories or a more interactive mode to more fully explore points of interest, listen to music or watch personal movies.

The system can be customized with company branding and aircraft livery and the database is updated automatically.

“This is going to be a cost-effective way for fractional owners, charter operators and individual owners to enhance the cabin experience for passengers and really set their inflight entertainment system above those found in other aircraft,” said Cottner.

“Goji has been designed for quick installation, so we can return the aircraft to service very quickly.

“Goji brings inflight entertainment to a higher level of quality and a new way of interacting with the world below through a treasure chest of very interesting information,” Cottner said.