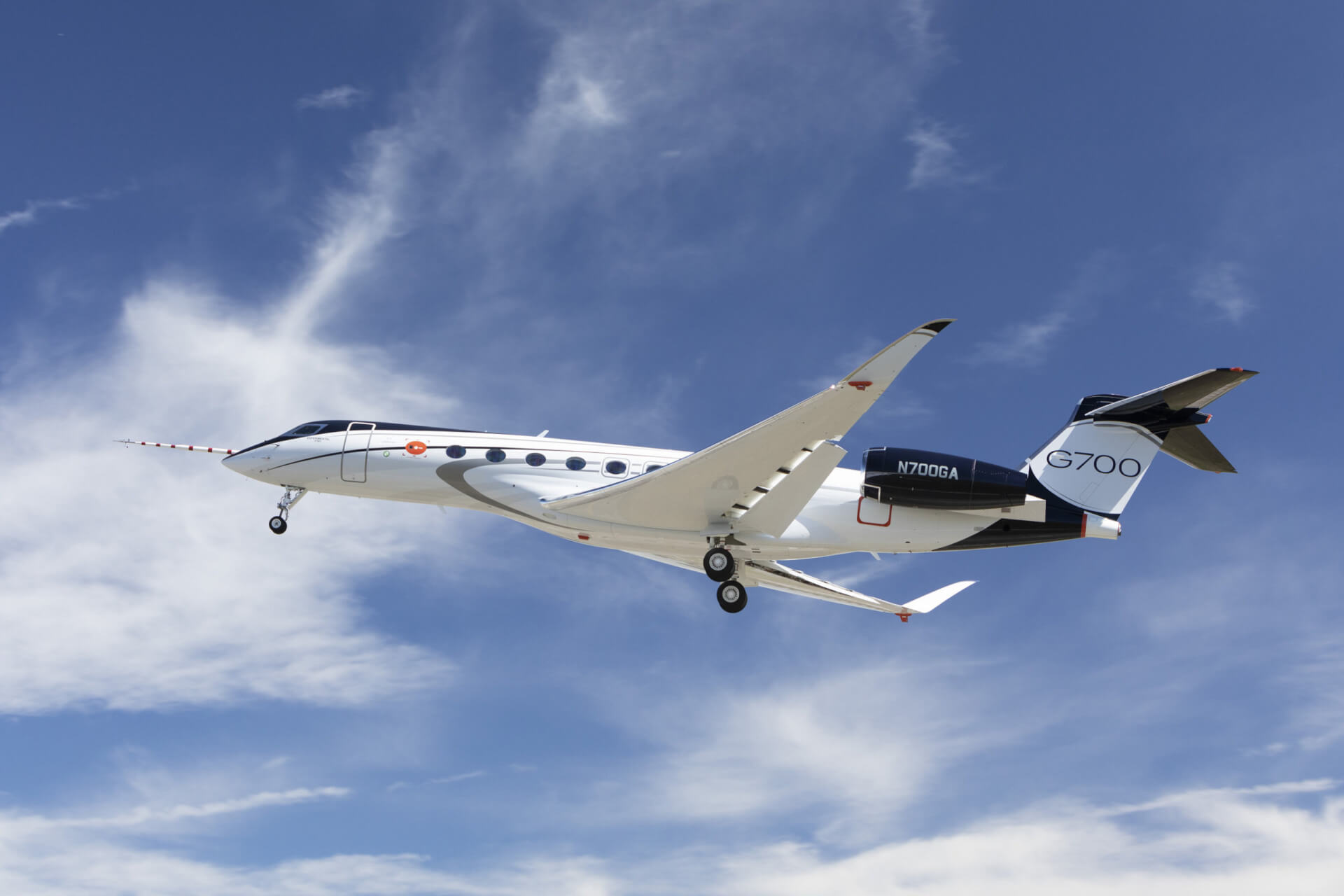 General Dynamics announced on Friday that the Gulfstream G700 has completed its first flight, demonstrating the program’s maturity and officially launching its official flight-test program. The all-new G700 is the industry’s most spacious and has the longest range at the fastest speeds. It departed Savannah-Hilton Head International Airport at 1:19 p.m. EST and landed two hours and 32 minutes later. The aircraft made the flight on a blend of sustainable aviation fuel.

“The G700’s first flight is a momentous occasion and the next step forward in Gulfstream’s vision for the future, a vision that has been guided by the strategic leadership of our parent company, General Dynamics, and the innovation of the Gulfstream team,” said Gulfstream president Mark Burns.

“As the market leader, Gulfstream is moving the entire business-jet industry forward with advanced safety features, tomorrow’s technology and a cabin purposefully designed to exceed our customers’ expectations for comfort.”

The G700 was introduced as the new industry flagship in October 2019. The program includes five already manufactured flight-test aircraft and a structural test article that has completed load testing.

The G700 features the longest, widest and tallest cabin in the industry with 20 Gulfstream panoramic oval windows and up to five living areas. The aircraft introduces many all-new interior differentiators, including an ultra-galley with more than 10 feet of counter space and a crew compartment or passenger lounge; the industry’s only ultra-high-definition circadian lighting system; speakerless surround sound; and a master suite with shower.

“The G700 brings the best in the business together – the innovation of the G500 and G600 Symmetry Flight Deck and the legendary performance of the G650ER – and we are excited to deliver this exceptional aircraft to our customers,” said Burns.