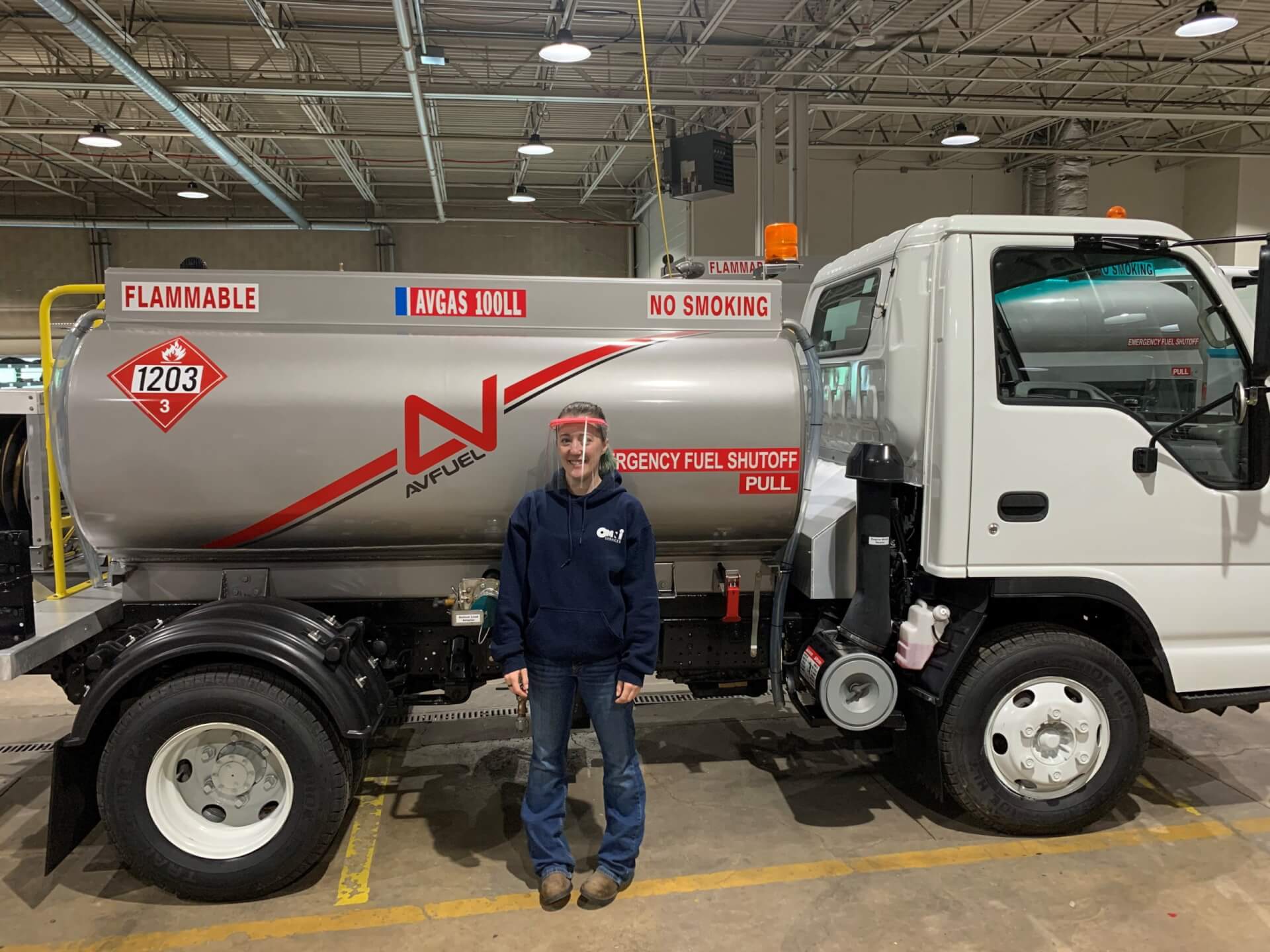 Though the aviation industry faces a dip in flight activity, operations at Avfuel’s headquarters in Ann Arbor, Mich., are just ramping up as some of the company’s OEM professionals in its Avtank division not only focus on making and maintaining refueler trucks, but also join the effort to make personal protective equipment for the medical community during the COVID-19 pandemic.

To assist in the PPE shortage, the team uses four 3D printers—with another two to four forthcoming—to create face mask ear hooks and face shield headbands to protect front line workers. The PPE is then sent to a company in southeast Michigan to be sanitized, packaged and transported to the local facilities in greatest need.

As of Friday, April 10, Avfuel produced 200 ear hooks during the prototype stage beginning earlier in the week—sending 175 of these to the University of Michigan Hospital—as well as more than 30 face shield headbands that went to the sanitization site for distribution as production reached capacity with on-hand printers on April 9. The team looks forward to adding more printers, including a larger, faster unit, in the next week. Once all machines come on line, Avfuel estimates it will be able to produce more than 100 pieces of PPE per day.

Brad Van Camp, technical operations manager for Avfuel, said, “Southeast Michigan is our home, and it’s been one of the hardest-hit locations in the country. Ann Arbor is a major medical hub fighting the COVID-19 pandemic, and as such, it deeply feels the effects of the PPE shortage. But the community has risen to the challenge to help combat the shortage with a grassroots effort by individuals, school systems and private companies. Avfuel wanted to do all it could to support that effort. As such, our talented team members quickly modified a design and started prototyping the face shield headbands and mask ear hooks last week; we should reach production capacity in mid-April. Avfuel staff will keep up its production until the queue of pending requests hits zero. That will be a good day. We’re thankful for the front line workers and proud we could put our skills to use to support them.”