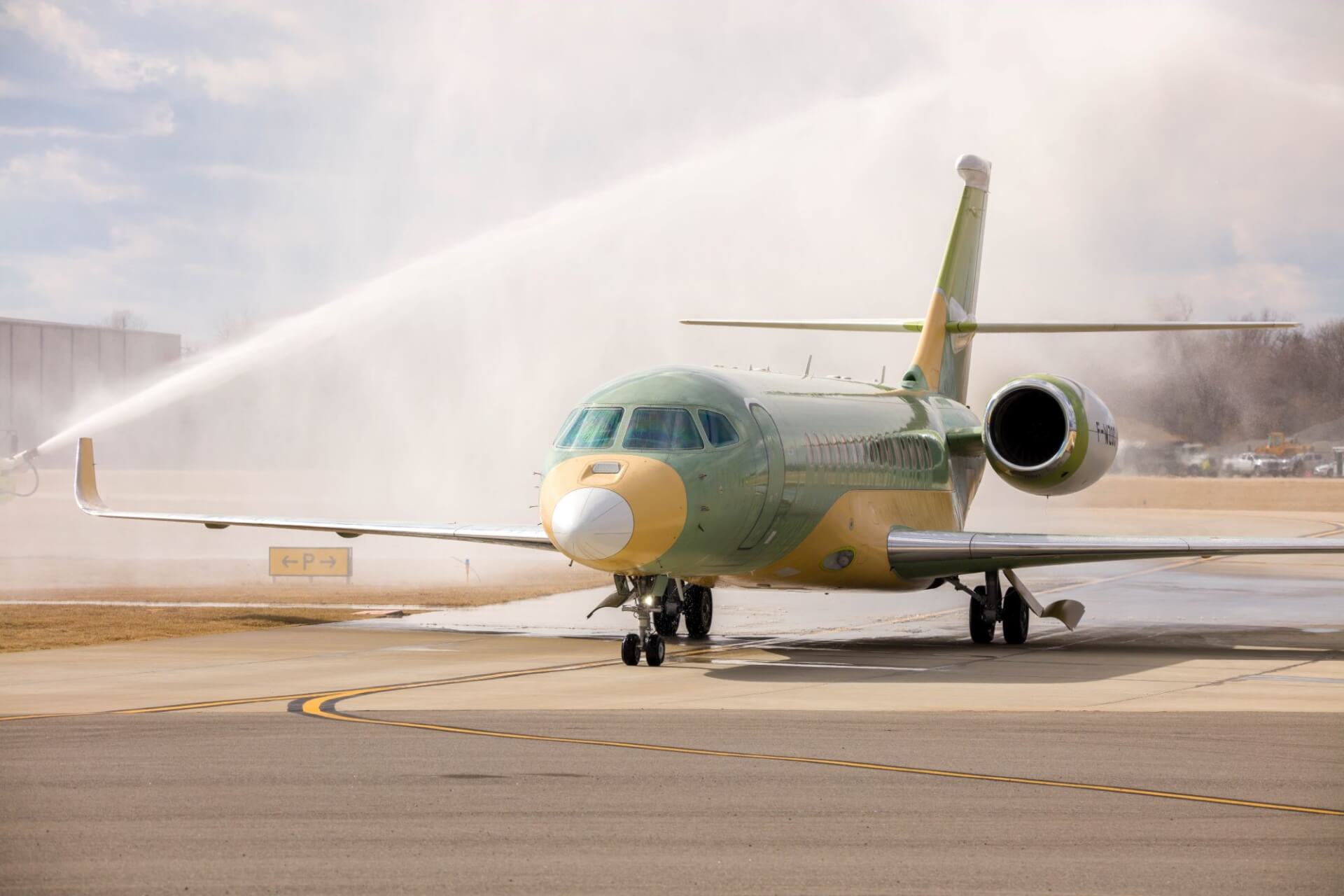 The airplane landed at approximately 1:00 pm.

“The arrival of the first Falcon 6X at Little Rock marks a very positive milestone in this program,” said Eric Trappier, Dassault Aviation Chairman and CEO.

“Our teams have been working tirelessly behind the scenes to prepare for 6X completion and we are benefiting from very good momentum as we move towards certification.”

Teams in Little Rock have been preparing for months anticipating the arrival of the first Falcon 6X with new engineering solutions that aim to accelerate the completion and delivery cycle.

A dedicated 6X technical response team has performed robustness and cycle testing on equipment and components in preparation of manufacturing.

Completions will be performed in a spacious state-of-the-art hangar that came online in 2015. The hangar was designed from the start to accommodate completions for advanced new models like the Falcon 6X.