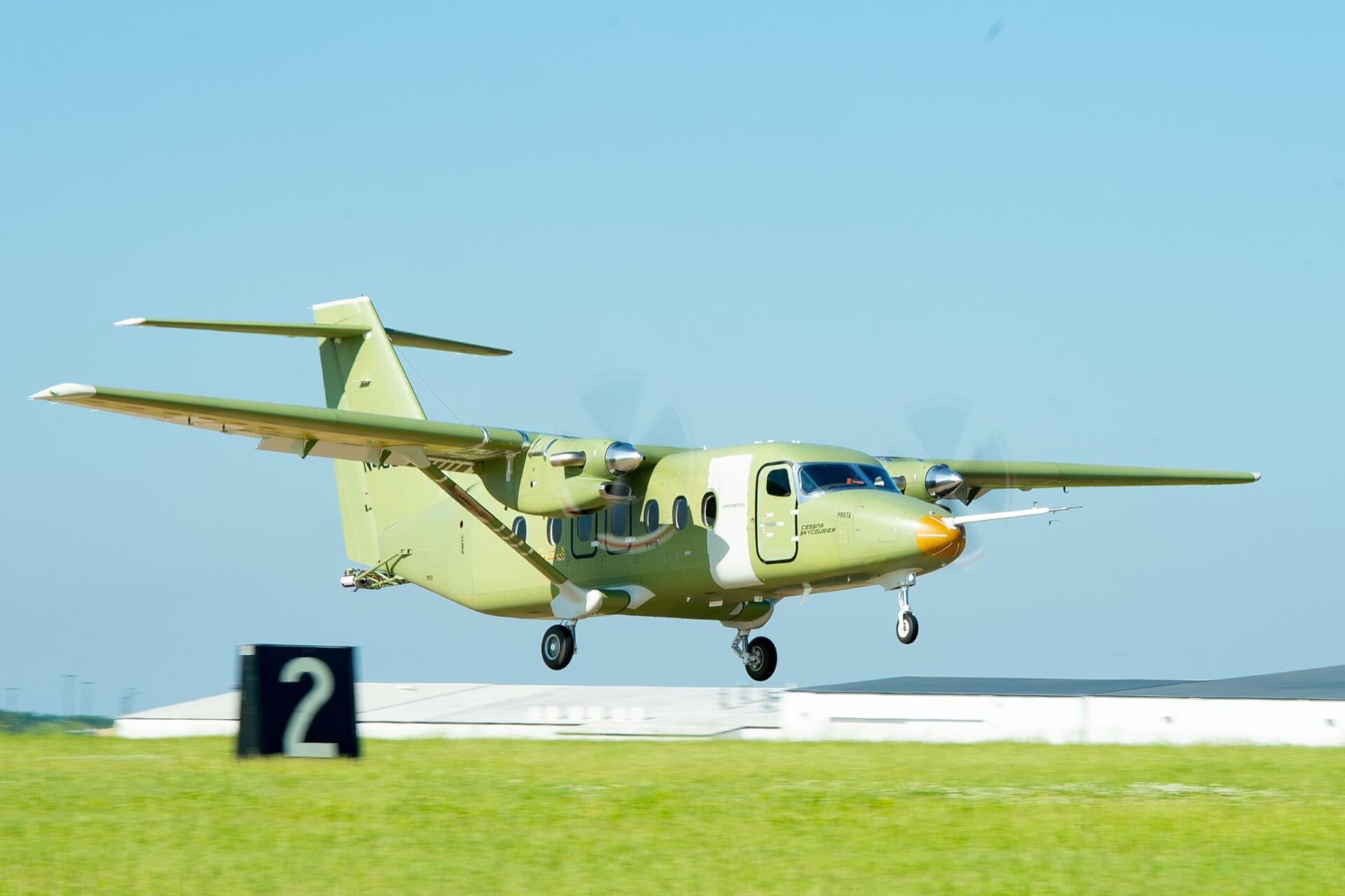 Textron Aviation Inc., a Textron Inc. company, today announced the successful first flight of its new twin utility turboprop, the Cessna SkyCourier. The milestone flight is a significant step toward entry into service for the clean-sheet aircraft, and it kicks off the important flight test program that validates the performance of the Cessna SkyCourier.

“Today was an exciting day for our employees, our suppliers and our customers. The Cessna SkyCourier performed exactly as we expected, which is a testament to the entire team of men and women who worked together to prepare for this day,” said Ron Draper, president and CEO, Textron Aviation. “I’m proud of the way the team has persevered through disruptions caused by the COVID-19 global pandemic and remained focused on getting us to this point. The Cessna SkyCourier will be an excellent product in its segment due to its combination of cabin flexibility, payload capability, superior performance and low operating costs. Our customers will be very pleased with what they experience from this aircraft.”

The Cessna SkyCourier took off from the company’s east campus Beech Field Airport, piloted by Corey Eckhart, senior test pilot, and Aaron Tobias, chief test pilot. During the 2-hour and 15-minute flight, the team tested the aircraft’s performance, stability and control, as well as its propulsion, environmental, flight controls and avionics systems.

“We were very pleased with how the Cessna SkyCourier performed throughout its first flight,” Eckhart said. “It was particularly impressive to see how stable the aircraft handled on takeoff and landing. The Cessna SkyCourier already displays a high level of maturity in its flight characteristics, especially for a first flight. We were able to accomplish everything we wanted on this flight, and that’s an excellent start to the flight test program.”

The prototype aircraft, along with five additional flight and ground test articles, will continue to expand on performance goals, focusing on testing flight controls and aerodynamics.

The Cessna SkyCourier, featuring Pratt & Whitney Canada PT6A-65SC engines, will be offered in various configurations including a 6,000-pound payload capable freighter, a 19-seat passenger version or a mixed passenger/freight combination, all based on the common platform.