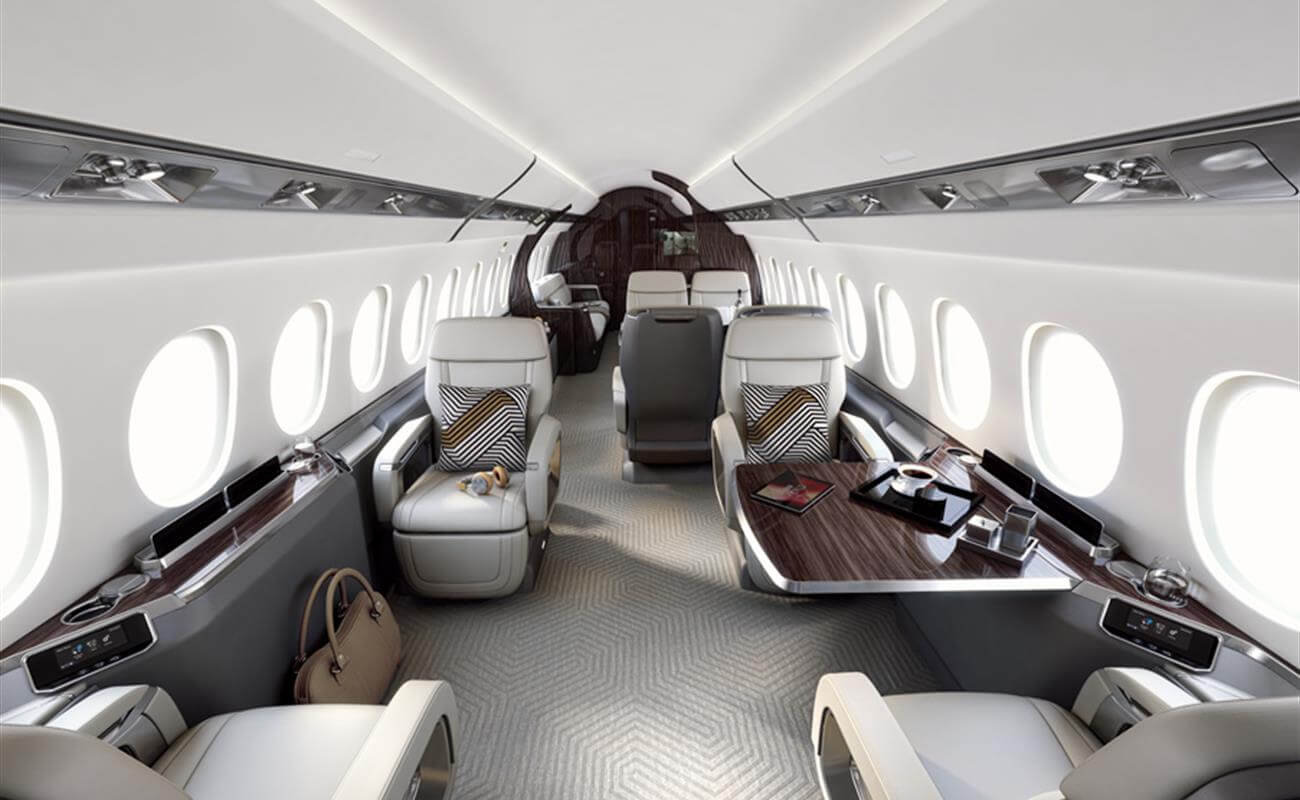 The Falcon 6X has joined other famous brands like Apple, Porsche and Audi, having won an international Red Dot design award.

The Dassault Aviation twinjet received the Red Dot: Best of the Best award for its interior design, highlighting not just the actual design of the cabin, but also passenger comfort and the use of space.

The award is the second Dassault has received for the cabin’s interior and comes as the Falcon 6X flight test programme gathers momentum, with the intention of having the aircraft certified in 2022.

It has now accumulated more than 50 flight hours in the air since its first flight on March 10 and has also hit its maximum operating speed of 0.90 Mach.

Flight test pilot Bruno Ferry said: “For its brief time in the air, the aircraft has demonstrated excellent handling in multiple flight scenarios and shown unusual maturity in systems function.”

A second flight test aircraft is joining the test programme in May while a third, outfitted with a full interior, will be available before the summer.