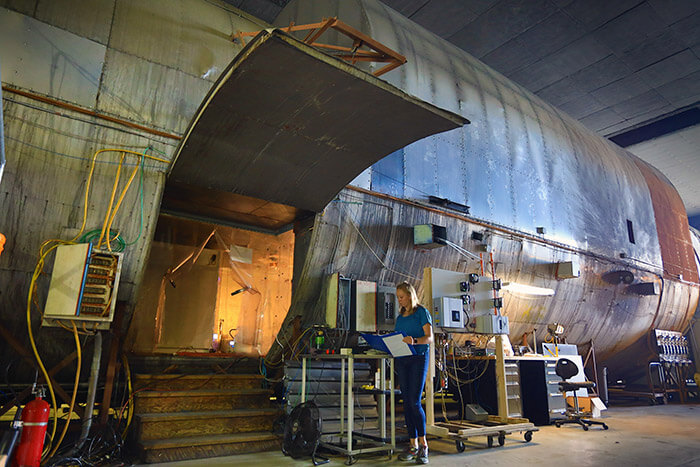 The Federal Aviation Administration (FAA) has announced the opening of an eco-friendly fire research centre in Atlantic City, New Jersey.

The indoor facility was completed this month, having been under construction since 2018, and will house tests for a potential replacement for current fire extinguishing foam used at airports.

“The fully enclosed fire-test facility will eliminate weather-related variables in testing and enhance data collection capabilities,” the agency said. “It will also contain and collect the byproducts of fire testing chemicals and prevent any contamination of the surrounding area and groundwater, allowing for more frequent and efficient testing.”

Current firefighting foam used at airports is a highly effective combatant to jet fuel fires, but it has also generated concerns about potential environmental and health impacts because these foams contain potentially hazardous chemicals.

The FAA Reauthorization Act of 2018 directed the agency to stop requiring the use of fluorinated chemicals in aircraft firefighting foams within three years. However, fluorine-free foams on the market today do not match the performance of their fluorinated counterparts.