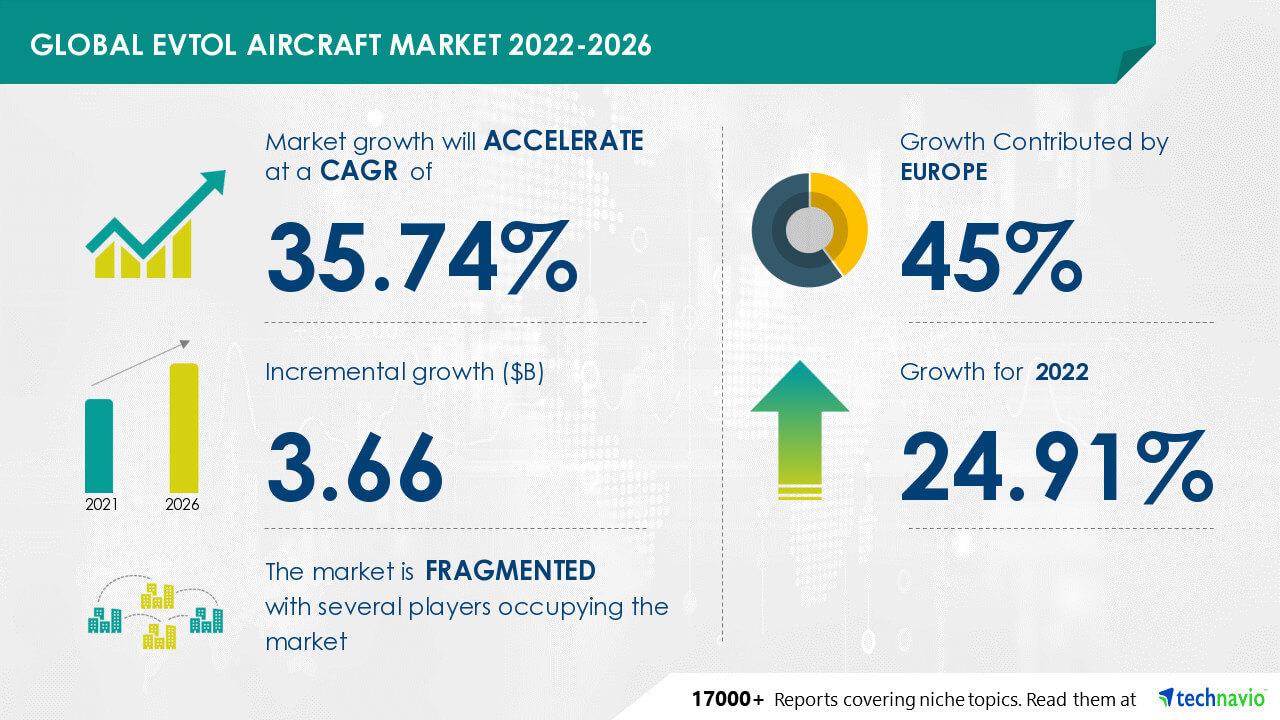 45% of the growth will originate from Europe for the eVTOL Aircraft Market. Germany, France, and the UK are the key markets for eVTOL aircraft in Europe.

However, the market growth rate in this region will be slower than the growth of the market in APAC.

The increased investment in commercial drones and eVTOL aircraft by Western European countries such as the UK, Germany, France, Spain, and Italy will facilitate the eVTOL aircraft market growth in Europe over the forecast period.

The eVTOL aircraft market is exercising a positive growth mainly because of the increase in the global urban population followed by traffic congestion. The demand for efficient and effective mobility in urban areas is a crucial challenge.

There are many companies and municipal corporations currently working on eVTOL aircraft manufacturing for air mobility solutions.

For instance, Japan’s SkyDrive and Volocopter plans to commercialize eVTOL in Japan by 2023. Also, the companies such as Bell Textron, in February 2020 announced that they are partnering with Japan Airlines and Sumitomo Corporation to explore the development of an on-demand air mobility ecosystem in Japan using Bell’s Nexus 4EX eVTOL air taxi.

These advancements may lead to an increase in the demand for eVTOL aircraft services in the global market.

The key factor that can restrain the market of eVTOL aircraft globally is the high investments in infrastructure and research and development and lack of 5G infrastructure across the globe.

These have the potential to revolutionize urban and regional transport through reduced travel times and improved mobility options.

However, as the size of the aircraft increases, the cost increases. Commercialization efforts are backed by material investments in the industry.

The first commercial passenger flight is likely to launch within the next three to five years with piloted aircraft before transitioning to remotely piloted operations.

The eVTOL aircraft market is fragmented and the vendors are deploying various organic and inorganic growth strategies to compete in the market.