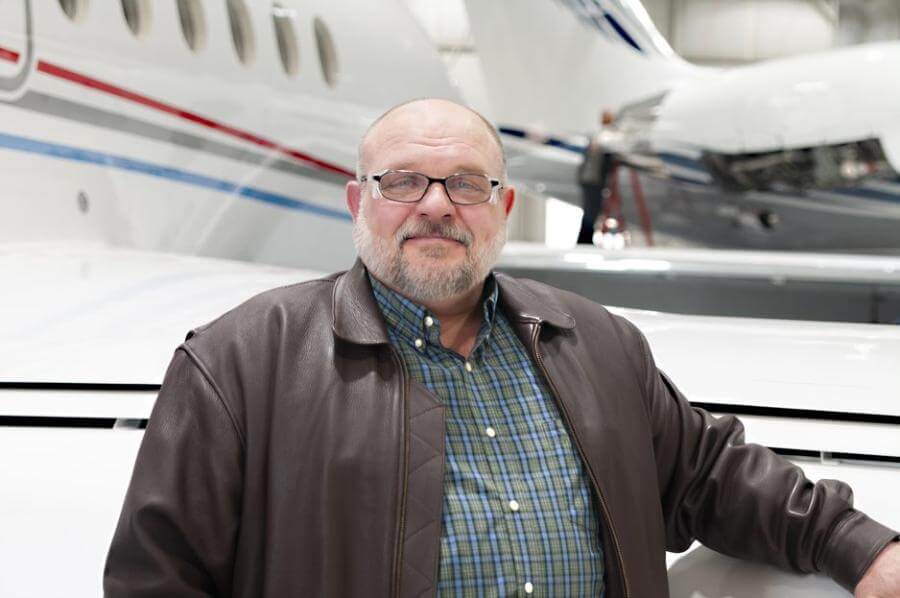 Duncan Aviation has announced that long-time team member Shawn Andrews at the company’s facility in Battle Creek, Michigan, has accepted the position of Airframe Manager.

Andrews brings with him a wealth of experience, education, and enthusiasm.

“He has a determination and ability to build the best airframe teams possible, matching skills and abilities to projects, and making sure the quality of every project meets what our customers have come to expect from Duncan Aviation.”

While growing up in Battle Creek, Andrews heard the stories told by his dad, a proud veteran of the United States Air Force.

“My dad was a courrier, picking up documents and getting them to the important people who needed them,” says Andrews.

As Andrews listened, he wanted to make aviation a part of his story, too. After completing his Associate’s degree in Aviation Maintenance Technology and earning his A&P license at the Spartan School of Aeronautics in Tulsa, Oklahoma, he worked for four years at Brooks Aero in Marshall, Michigan, working on gyrocopter aircraft, fabric-covered aircraft, cropdusters, and Lake amphibious aircraft, and ended up working on twin-engine aircraft before he left.

When the opportunity presented itself to work overseas for the FAA and the Department of Defense as a contract maintenance tech and onboard flight mechanic for Hawker 800s, Andrews leaped at the chance.

Initially moving to the Yokoto Air Force Base in Fussa, in western Tokyo, Japan, Andrews traveled most of Asia, spending time in Korea, Guam, and on many of the Marshall Islands, including Wake Island. He spent his final year in Honolulu, Hawaii, before moving back to Michigan.

While he’d been overseas, Kal-Aero built a facility in Battle Creek, and just before Duncan Aviation acquired Kal-Aero, Andrews started working there as a Hawker technician.

In the ensuing 27 years, Andrews has worked through positions as second-shift supervisor, team leader, and assistant manager of the airframe department.

“During my 18 years as a team leader in the Falcon program at Duncan Aviation, I’m quite proud of how our team handled the various challenges that came our way,” says Andrews.

“We installed the first set of API Winglets on a Falcon, and we’ve undertaken numerous projects equally as challenging ever since.”

Along with the technical expertise, work experience, and leadership skills Andrews brings continuity to the airframe manager position.

“I love the airframe department, and from the day I was hired in 1995 until today, I’ve never worked anywhere else,” says Andrews.

“I’ve spent years building teams, building relationships, and learning the various airframes, and if I don’t know all of the answers, I know where to find them.”

When he’s not leading airframe teams and working with customers, Andrews finds the time he gets to spend with his family invaluable.

He credits his wife of 22 years, Valerie, with his successes at Duncan Aviation.

“Because we valued the idea of an at-home parent, we decided Valerie would stay home with the kids,” says Andrews.

“She is CEO of our house, and her working at home, getting the kids to their dentist appointments, managing all of the day-to-day running of the house freed me to pursue my career.

“Because of her support, I was able to go to school, build my career, and take advantage of the opportunities presented at Duncan Aviation. Because she ran it all for me and our family, I’ve been a success.”