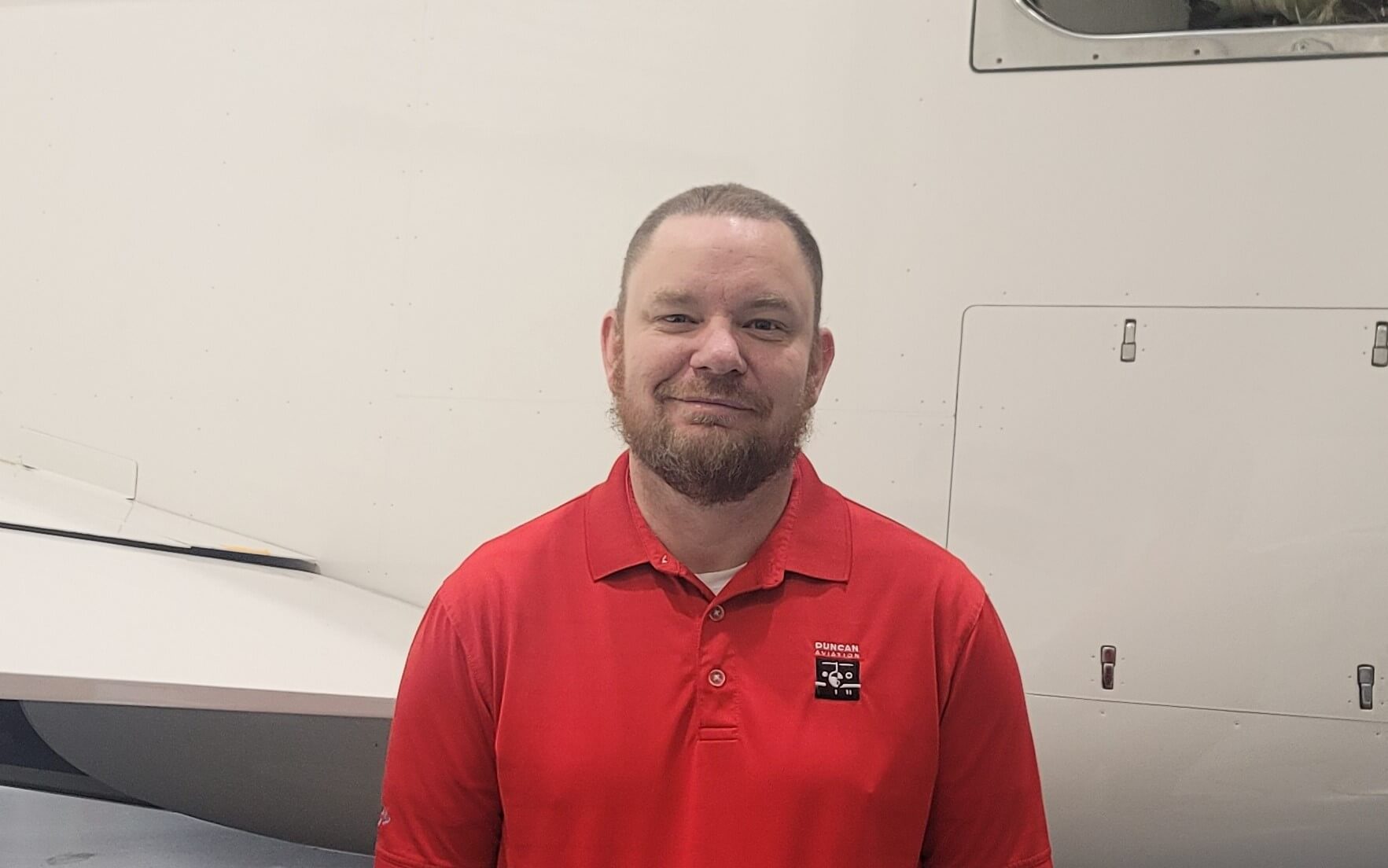 Duncan Aviation has announced that long-time team member Jesse Titterington has accepted the position of Production Manager of Avionics Install at the company’s full-service facility in Provo, Utah.

Titterington joined the Duncan Aviation team in 2006 on the avionics line at the company’s facility in Lincoln, Nebraska.

He’s steadily assumed more responsibilities and learned more aspects of the company over the last 16 years, and he’s excited to work with Duncan Aviation’s customers and team members in the full-service facility in Provo.

“With his many years of experience throughout the Duncan Aviation enterprise, we’re confident that Jesse will help grow our avionics teams as we meet the challenges of our increasing avionics business,” says Vice President of Aircraft Services Cobi Lane.

“Jesse’s interpersonal skills make him the perfect fit to build new and strengthen existing relationships with our customers here in Provo, as well.”

After high school, Titterington joined the United States Marine Corps, where he worked on the avionics for extended-range tankers, the KC-130s.

“My experience working on those aircraft in the Marines was the hook,” says Titterington.

“While in the Marines, I went to A School to learn basic electronics in Memphis, Tennessee, and I learned about the specific airframe, the KC130s, while in C School in Cherry Point, North Carolina.”

Upon returning to Lincoln, Titterington took classes at the University of Nebraska Lincoln toward an Electrical Engineering degree, and he applied for a position on the Avionics Line at Duncan Aviation.

Hired in April 2006, he spent more than 4 years learning all he could and then transferred to the Duncan Aviation Satellite Shop in Teterboro, New Jersey, where he found he had responsibility for a project from input through delivery.

“I sold the projects, did the work, signed off, and delivered the aircraft,” says Titterington.

“The entire time, I was in touch with the customer, so in addition to developing technical skills, I honed my communication skills, too.”

After 10 years at the Teterboro Satellite, he was asked to join the Avionics Install team at Duncan Aviation’s newest full-service facility in Provo, Utah.

After nearly 2 years there, Titterington assumed his new role as Manager of Avionics Install for the Provo facility on Valentine’s Day, which is fitting because he loves what he’s doing.

“This is exactly where I want to be, and I really love being a part of the everyday decisions, helping the teams with the big projects we have going on here in Provo,” says Titterington.