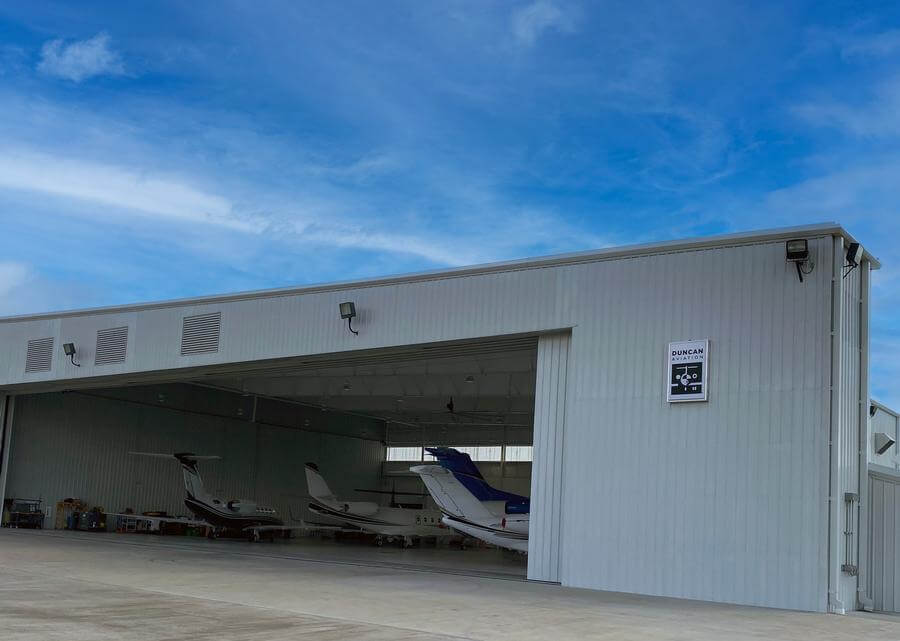 Since part of the team moved earlier this year, the team has been divided between the old hangar and the new. This new space not only reunites the entire team in one facility, but also provides ramp access to Duncan Aviation customers at the Hobby International airport.

“The Houston Satellite Shop is Duncan Aviation’s oldest Satellite, having been the first established in the area in 1985. The team, which has grown in both size and technical capability since then, is excited to be more accessible to our customers,” says Nelson.