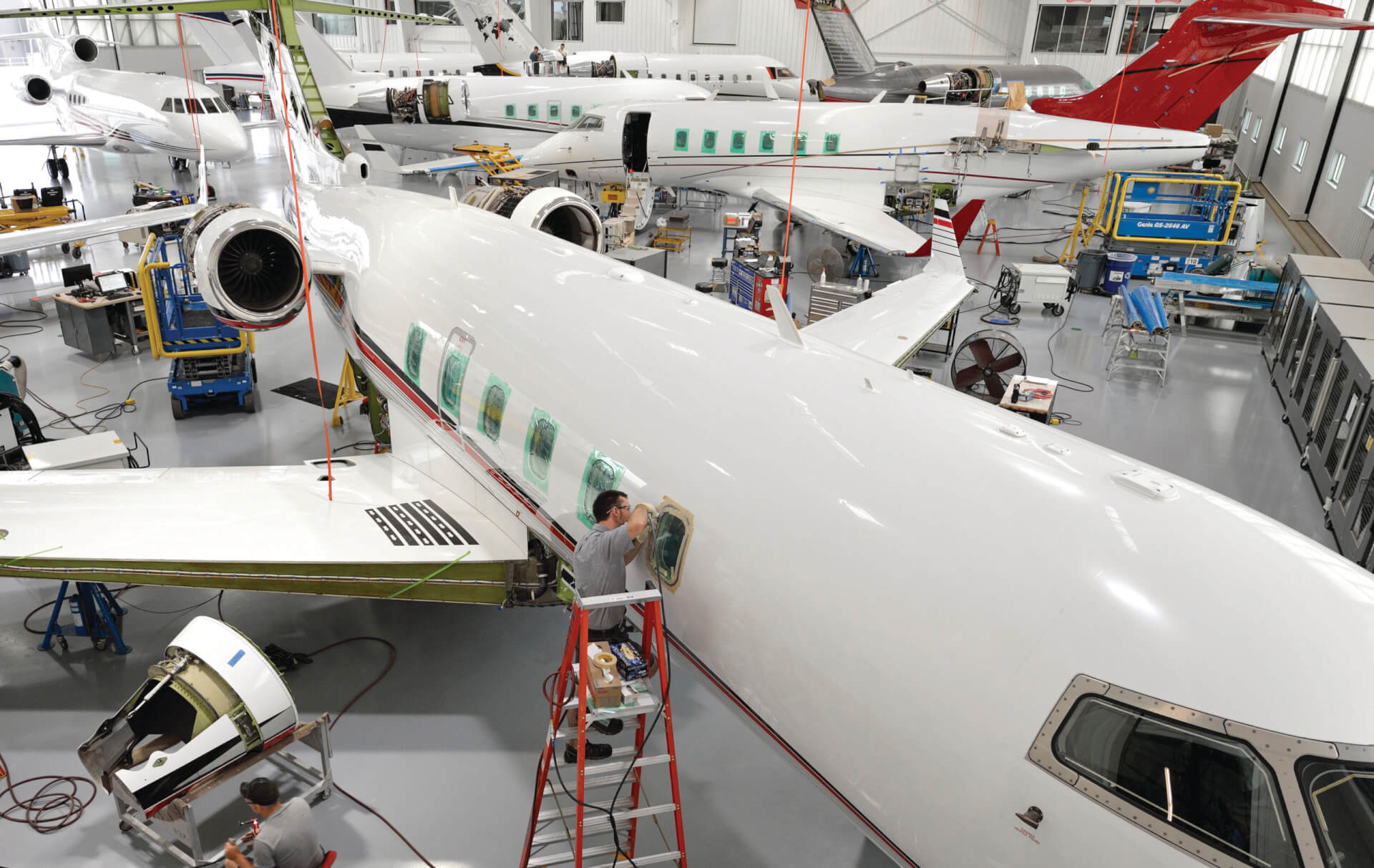 “At Duncan Aviation, we’re proud of our position as an industry leader, and we work hard to maintain that,” says Hart.

“We never take for granted that we’re doing things as efficiently as possible and look for ways to improve how we do things.

“The whole idea behind CI at Duncan Aviation is to make meaningful changes that will have a positive effect on every aspect of our customers’ experiences.”

CI is an integrated philosophy that helps managers harness the creative ideas of the team members who are doing the work to help identify areas in which quality, products, and services can be improved.

“We’re pleased to welcome Nate to the team because he brings a wealth of knowledge and experience to his position as Innovation and Continuous Improvement Manager in Provo,” says Hart.

After serving in the United States Air Force, where he was a mechanic working on F-16s, he took classes at Embry-Riddle Aeronautical University and graduated with a Bachelor’s Degree in Logistics and Supply Chain Management.

While working for Textron, Hansen devised a process that both increased paint efficiency for landing gear parts and also proved a more environmentally friendly method than the previous process.

In 2020, Hansen graduated with his MBA from Park University and took a position with ADDX Corporation, where he worked primarily on modernizing communications systems in A-10 aircraft.

He also developed a new corporate-wide quality management system based on ISO9001 and AS9100 Quality Management Systems.

“Justin, too, brings many years of relevant experience and knowledge to the Duncan Aviation facility in Battle Creek, Michigan, and we feel fortunate to welcome him to the Continuous Improvement team,” says Hart.

Having graduated from Western Michigan University with a Bachelor’s Degree in Electrical Engineering, Morgan joined the team at Stryker, a medical device manufacturer, as a Quality Engineer.

There, he delved into the concepts of LEAN management, where he learned all about Continuous Improvement.

“The philosophy really appeals to me because that’s the way my brain is wired—to be efficient, to eliminate waste, and to find the best and fastest way to do something,” says Morgan.