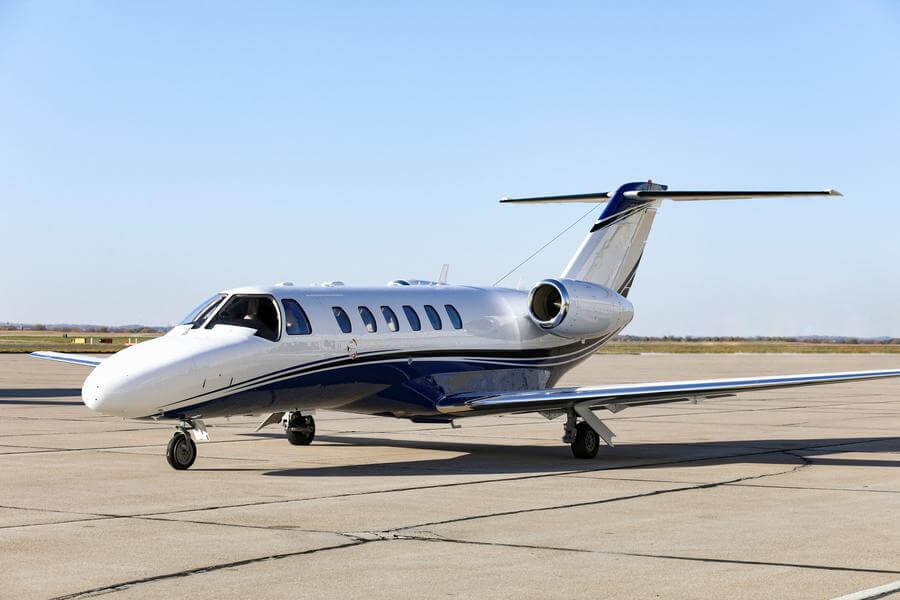 Duncan Aviation is pleased to announce its paint, airframe, avionics install, and interior teams recently competed a multishop effort on a Citation CJ2+ at its facility in Lincoln, Nebraska.

The company’s avionics install crew upgraded the flight deck to a Pro Line Fusion suite for domestic flight, and the paint team painted the exterior with a bright, custom-designed paint scheme.

“I upgraded to the Pro Line Fusion suite because it provides more information at your fingertips. It makes your workload as a pilot so much easier,” says owner/operator Drew Forhan.

“The system allows for more heads up flying, the graphical weather interface is much improved, and the touchscreens are very easy to use.”

“His mom was an interior designer, so he knew what he wanted,” says Pridemore.

“We worked together to identify a pattern he liked for the lower side ledges, and it really worked out well.

The interior had been dark, heavy, and dated, so the design team worked to produce a light, bright interior, and Mr. Forhan wanted the colors of his business incorporated into the exterior paint scheme.

“My initial reaction was that I was impressed with the quality of the workmanship,” said Forhan.

“The interior design group at Duncan Aviation was very helpful in putting together an interior look that was excellent.”

“The owner was at a loss for words when presented with the refurbished aircraft,” says Completions and Modifications Senior Sales Rep Angie Coleman.

“He was more than satisfied with the level of service he received at Duncan Aviation and with how the whole project turned out.”

Mr. Forhan agreed. “From the quote process to the time during the completion, Duncan Aviation was thorough and accurate in quoting the project and timeline expectations.

“Throughout the process, myDuncan was very helpful in keeping me up-to-date with the plane with pictures.

“Every week, I got pictorial updates, so I could literally see what phase the plane was in.

“Additionally, the weekly phone conversations with Matt Scherer kept me up-to-date on the plane’s progress.”