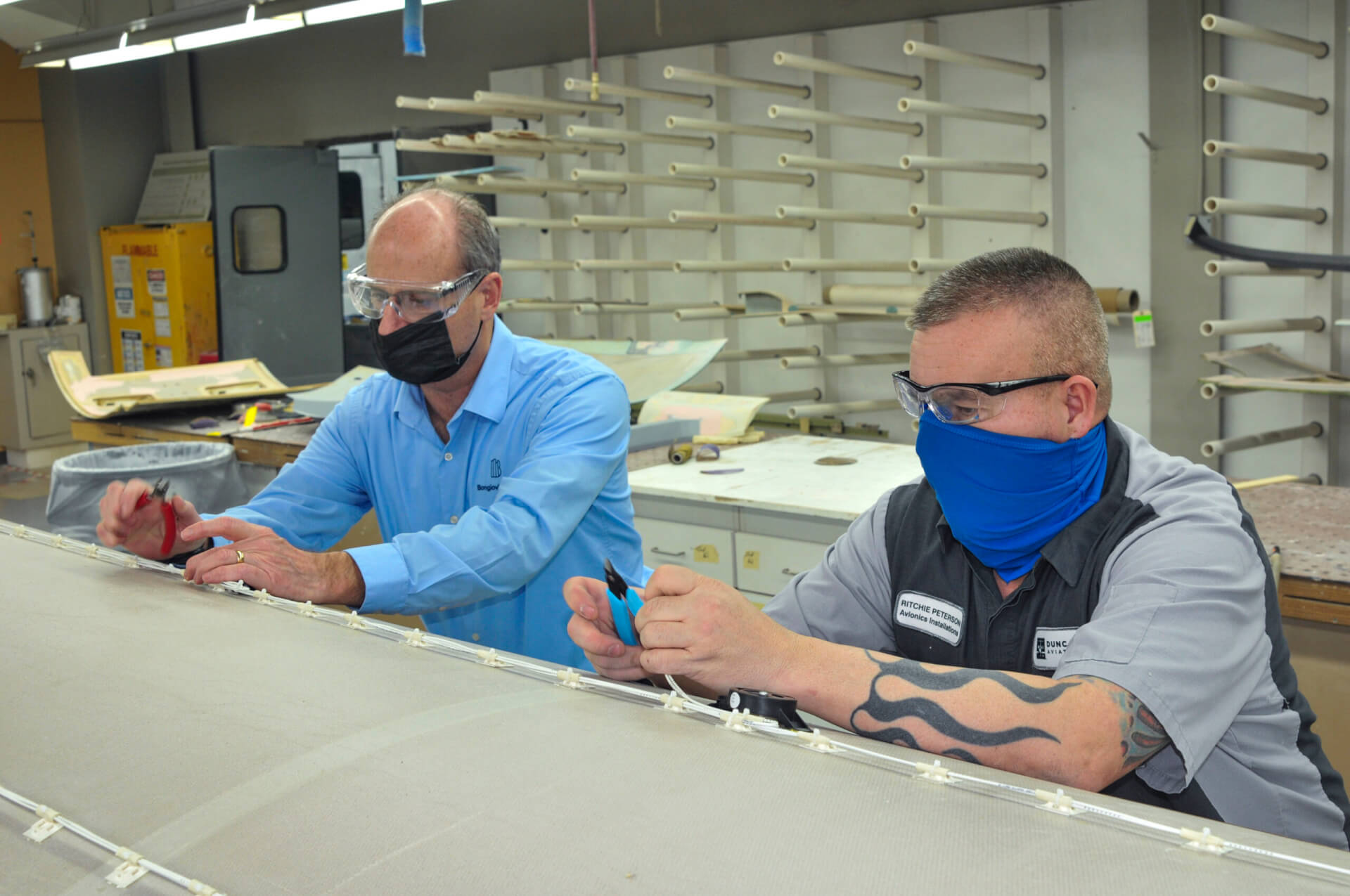 Duncan Aviation has announced that its avionics technicians in Battle Creek, Michigan, have begun installing a fourth Bongiovi Aviation audio system, this time in a Gulfstream G450.

Throughout the year, Duncan Aviation technicians have installed the Bongiovi Aviation system in a Falcon 7X, a Gulfstream G550, and a Falcon 900EX.

The integrated audio with patented signal-processing technology is combined with speakerless transducers that mount behind the interior panels in the ceiling and sidewalls to produce an immersive audio experience throughout the aircraft.

Earlier this year, Avionics Sales Representative Mike Morgan was walking through the hangar with customers who were in Battle Creek with their Gulfstream G550, which was slated to input in March for some much-needed avionics upgrades.

“As we discussed the work on the aircraft, the techs were running sound tests on the transducers in the headliner for the Falcon 7X,” says Morgan.

“The headliner was draped over a bench, so it hadn’t even been installed yet, but the sound was that impressive.

“When the flight department of the G550 heard it, they wanted to know all about the Bongiovi system.

“They then changed their plans to simply repair an obsolete CMS and instead install an entirely new CMS so they could also get the Bongiovi Aviation audio system.”

“They care just as much about quality as we do at Duncan Aviation,” says Peterson.

“They know they have a superior audio product, but the sound can be compromised if it’s not installed properly.

“That’s why I had to go through training, and I’m glad I did. It’s an impressive system with amazing sound, so I want to make sure we get everything right for our customers.”