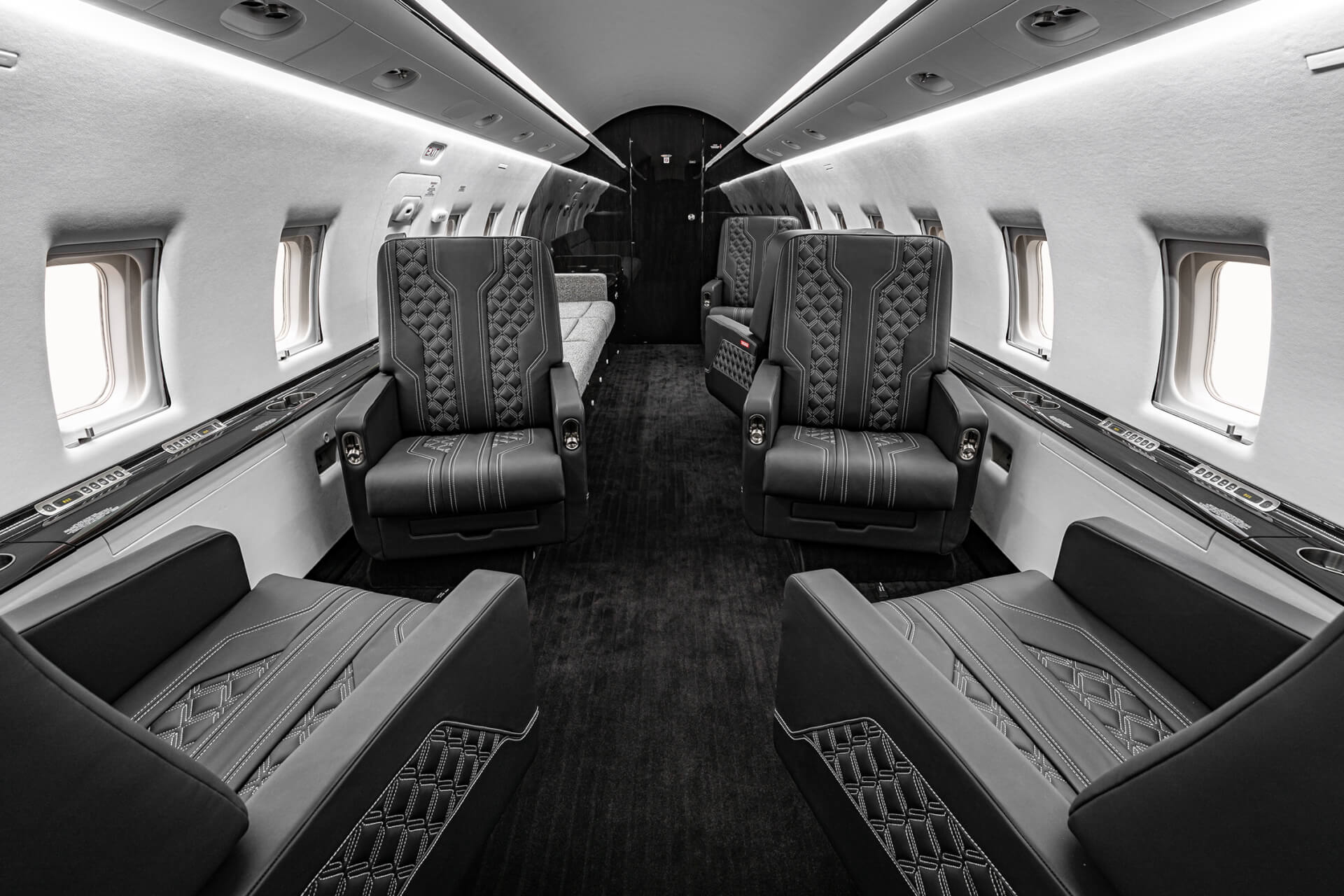 Duncan Aviation is excited to announce that its Battle Creek, Michigan, team took a well-used Challenger 604 and completely updated and transformed the aircraft.

In addition to the highly stylized interior, the aircraft received new paint, avionics upgrades, a 12-month inspection, and was provisioned for an aero-med air stretcher unit.

Based out of Australia and with limited resources for this type of project, the first-time jet owner was looking to transform his well-used aircraft to something contemporary that centered around current trends.

“Because the owner was represented by a management team, they brought this pre-owned, U.S.-based aircraft to us knowing it would eventually be registered overseas,” said Completions/Modifications Sales Rep Adam Bruce.

“It was in desperate need of a refurbishment, and the owner requested a contemporary interior that also allowed for comfort on long flights.”

When it landed at Duncan Aviation, the aircraft’s colors were outdated browns, golds, and beiges. At delivery, the interior featured blacks, greys, and silvers, which landed that aircraft right in the 21st Century.

The owner and his wife had a general idea of how they wanted the interior to feel and worked closely with Krawczak to bring their vision to life.

“He liked darker colors, while his wife wanted the aircraft to be light and bright,” said Krawzcak.

“I think we struck a great balance between the two visions. He also was very interested in a highly-customized chair design.”

The Duncan Aviation Interior team touched all aspects of the interior except for the cabinet interior laminate.

The project was highlighted by a full hydrographics package for all of the woodwork, customized seat upholstery, laminated upper galley accents, new softgoods, and new plating.

“All of those items are able to be removed to covert the aircraft for special missions, as well as standard use,” said Bruce.