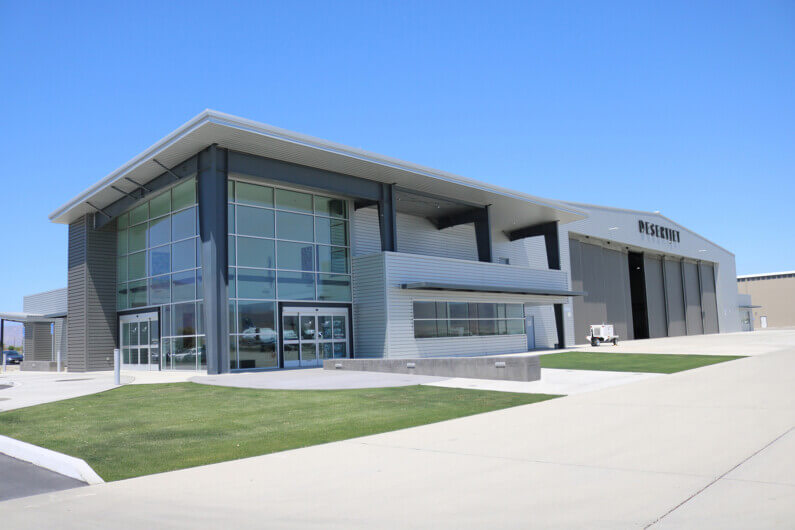 Desert Jet, the premier full-service business aviation company based in Greater Palm Springs, California, announces that James D. McCool, co-owner of Desert Jet Holdings, the parent company of all Desert Jet entities, has acquired sole ownership of the companies from founder and co-owner Denise Wilson. Desert Jet will continue to be led by its Chief Executive Officer, Jared Fox.

Desert Jet was founded in 2007 as an aircraft management company by entrepreneur and aviation professional Denise Wilson. The company expanded to include charter operations as well as aircraft maintenance and FBO (Fixed Base Operator) services and in 2019 opened a spectacular, state-of-the-art, 32,500-square-foot FBO facility. The new independent FBO features a modern terminal, conference rooms, offices, and the only air-conditioned hangar in the Coachella Valley.

In August 2018, James McCool, a pilot and retired senior executive for Charles Schwab joined the company as minority owner. As McCool became more involved with Desert Jet, he realized the further potential of the businesses, the Thermal airport, and the Coachella Valley and has agreed to purchase the entire company.

“I’ve worked closely with the Desert Jet team since 2018 and have seen firsthand the value these companies hold. This has led me to the decision to acquire full ownership of Desert Jet and to assist in unlocking its potential.” said James McCool.

“I congratulate Denise and thank her for building an outstanding team and company known for the delivery of outstanding client service and experience. Desert Jet is well-positioned to become the premier private aviation service provider in the southwestern U.S.”

Desert Jet CEO Jared Fox added, “The Desert Jet team is excited to begin the next chapter of our history under new ownership. It will allow Desert Jet to grow and pursue new opportunities. We will continue to focus first on our customer and employee experiences’ while also finding new ways to provide the best in safety, service, and value.”