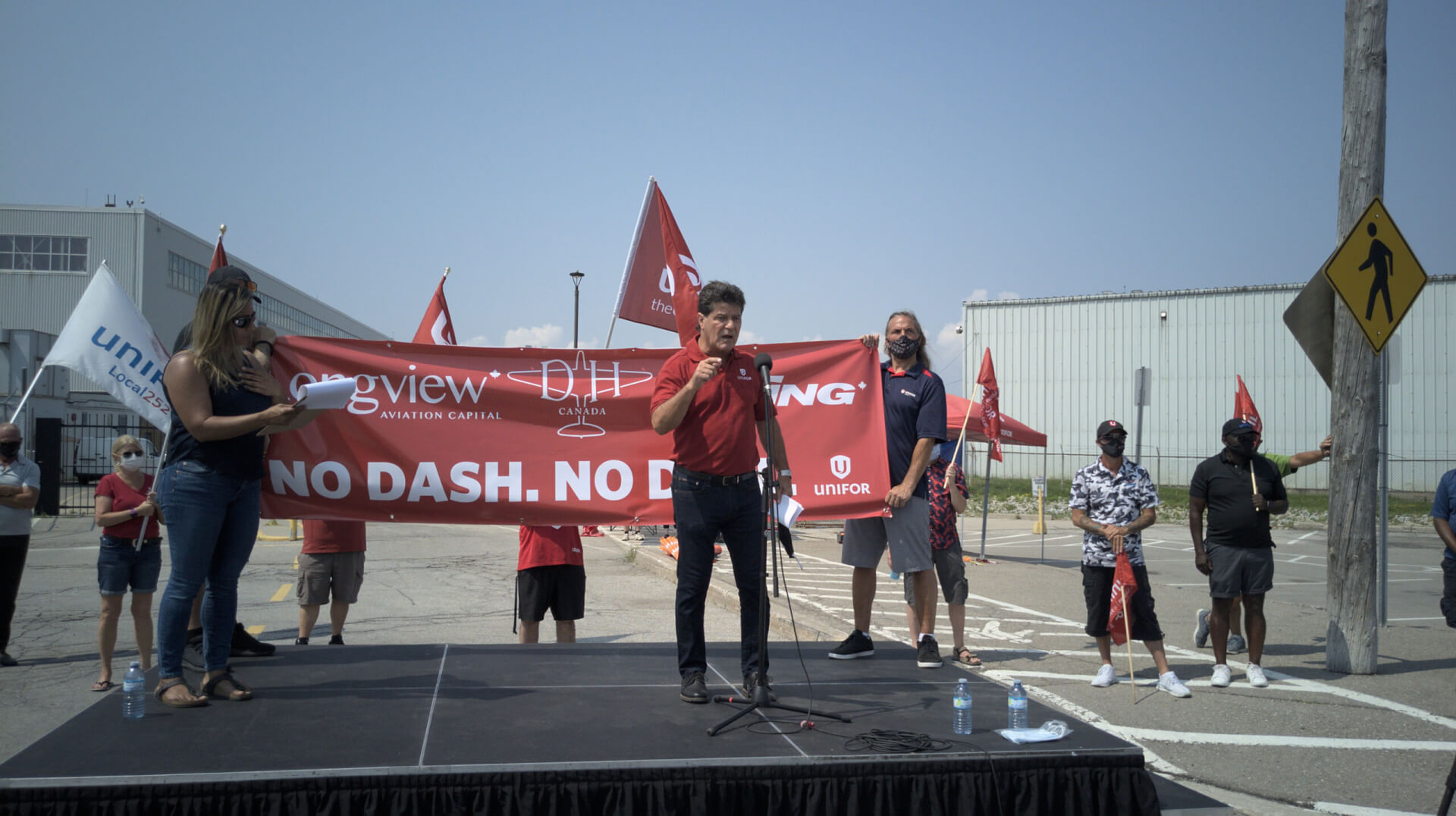 Unifor are holding a rally and news conference at the De Havilland picket line on Tuesday, August 24, 2021, where workers are on strike to stop the corporate owners from moving Dash 8 aircraft production, putting 700 jobs at the Toronto facility at risk.

“Our union cannot and will not stand idly by as the future of hundreds of highly-skilled workers’ jobs are in jeopardy, threatening the aviation sector’s post-COVID economic recovery,” said Unifor National President Jerry Dias.

“Workers deserve better than to be kicked to the curb during a once-in-a-century pandemic by a company whose owner happens to be the wealthiest woman in the country.”

The labour dispute at De Havilland is at the centre of the crisis in Canada’s aerospace sector.

Workers have been on strike since July 27, 2021 over the future location of the De Havilland Dash 8 program.

Workers at De Havilland, owned by Sherry Brydson of the Thomson family, have built the iconic Dash 8 for generations.

The absence of a settlement leaves 700 advanced manufacturing jobs at risk with the current Downsview plant scheduled to close at the end of 2021.