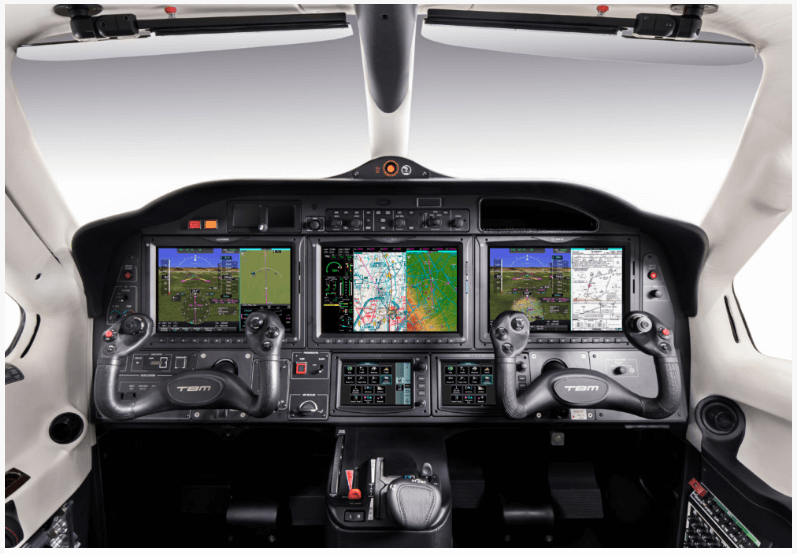 Daher has selected Elliott Aviation to install the HomeSafe emergency autoland system on TBM 940 very fast turboprop aircraft delivered in the U.S. market during 2019 and the first half of 2020.

TBM 940s to be equipped by Elliott Aviation were supplied by Daher prior to last month’s certification of HomeSafe. A portion of these aircraft were sold to include the autoland system upgrade once HomeSafe was approved by the airworthiness authorities, while others are eligible for retrofit as a customer option.

HomeSafe is based on Garmin’s emergency autoland technology, which brings the aircraft to a runway touchdown if the pilot becomes incapacitated.

Nicolas Chabbert, the Senior Vice President of Daher’s Aircraft Division, said Elliott Aviation’s capabilities and resources were primary reasons for the selection of this TBM Network member to undertake the comprehensive scope of work involved in HomeSafe™ upgrades/retrofits.

“Elliott Aviation provides a solution for timely execution of the HomeSafe™ installations on aircraft from almost half of this year’s production output, which require multi-competency expertise for work that will be performed to factory standards,” Chabbert explained. “The company also has committed the necessary dedicated resources for an extended period of time to accommodate the availability of TBM 940s for retrofits and upgrades.”

He added that exceptional support is planned for the TBM 940s involved in the HomeSafe™ system outfitting, including direct assistance by Daher’s TBM network.

The autoland system’s outfitting process involves such tasks as modification of the aircraft’s braking system (including the installation of a larger hydraulic fluid tank, the addition of a dedicated master cylinder with servo and control linkage); along with wiring changes and integration of electrical relays to enable automatic activation of the flaps, landing gear and landing lights. A fuel shut-off valve is added to stop the engine by cutting off the fuel supply, while the cockpit’s glareshield is modified to include the HomeSafe activation button.

At completion of the work, a comprehensive software upgrade is performed, including configuration management, followed by dedicated ground tests.

Elliott Aviation has been a TBM Authorized Service Center since 2005 and is a leading aftermarket dealer for Garmin. The HomeSafe upgrades/retrofits will be performed at Elliott Aviation’s headquarters in Moline, Illinois, which serves as a one-stop-shop with capabilities in avionics, maintenance, paint, interior and accessories.

“We’ve had a great partnership with Daher for the past 15 years, and we look forward to extending this relationship for the HomeSafe installations,” said Greg Sahr, Elliott Aviation’s President & CEO. “Our reputation with both Garmin and Daher makes us an excellent choice for TBM 940 owners in the U.S.”

HomeSafe is based on Garmin’s Emergency Autoland system and has been under development for use on the TBM since 2017 by Daher’s Aircraft Division. This work included software implementation and an intensive flight test campaign with 200 automated landings.

“With this upgrade, we’re excited that the availability of Garmin Autoland will be extended to many more existing TBM 940 owners and operators within the U.S.,” said Phil Straub, Garmin Executive Vice President and Managing Director. “Demand for the award-winning Autoland system continues to grow, and we’re thrilled that many more pilots and their families will have the opportunity to fly with this safety-enhancing system onboard their aircraft.”

HomeSafe is activated manually by an easily recognizable orange button atop the TBM 940’s cockpit instrument panel, or semi-automatically if the aircraft’s Emergency Descent Mode (EDM) has been engaged. Its software integrates weather and terrain information to select the best airport for landing – taking into account fuel range and runway length. Occupants of the aircraft are briefed by a safety video on the cockpit’s multifunction display, and air traffic control is informed of the situation by an automated message, while the transponder automatically is set to the emergency squawk code.

The system provides inputs to the aircraft’s flight controls and adjusts engine power settings through the touchdown phase. During the landing rollout, HomeSafe™ will simultaneously activate the landing gear brakes and shut down the engine.