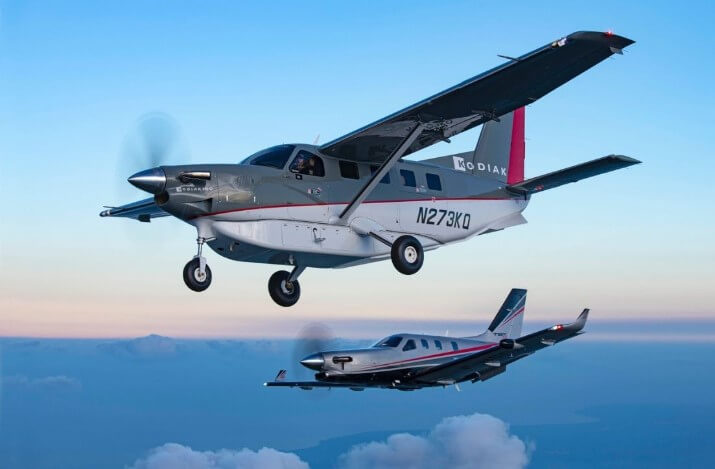 Daher today announced the 2019 business results for its expanded turboprop-powered aircraft family, with the company logging sales of 48 TBMs in the TBM 910 and TBM 940 versions, along with 20 Kodiak 100 Series II airplanes.

Deliveries of Kodiak utility aircraft were primary in North America: 11 in the United States and three in Canada. Asia ranked second with three Kodiak aircraft delivered in China and one in Thailand, followed by two deliveries to European customers.

For the TBM very fast turboprop aircraft, deliveries continued to be focused in the U.S., involving 38 airplanes; followed by Europe, with three in Germany, two in the United Kingdom and one in Russia. Daher provided three TBMs in Latin America: two for customers in Brazil, and one in Mexico. Completing the 2019 activity was a TBM 940 version delivered in Japan, marking the first sale of a TBM in this country since the acquisitions of several TBM 700s by Japanese customers during the TBM program’s early days.

With Daher’s addition of Kodiak to its aircraft portfolio last year, the 2019 sales results were the first to include both the Kodiak and TBM in the company’s annual tally of new business. “We thank our customers for their continued support of Daher’s turboprop-powered aircraft,” said Nicolas Chabbert, Senior Vice President of Daher’s Airplane Business Unit. “We remain committed to building the most efficient, cost-effective and safe airplanes that provide the ultimate flying experience for owners and operators.”