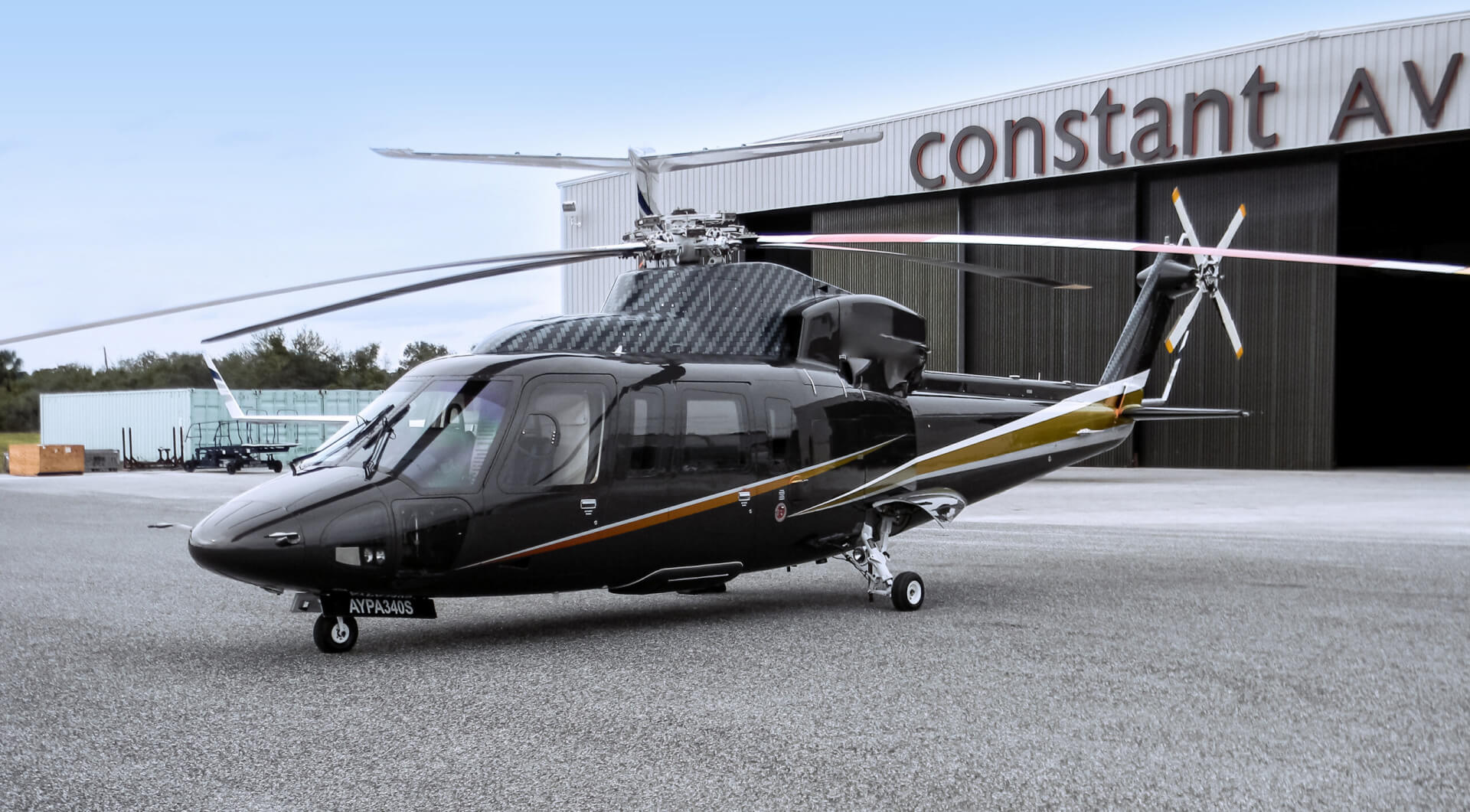 Constant Aviation announced it has expanded its maintenance, repair and overhaul (MRO) capabilities beyond its portfolio of business jets, commercial airliners and other fixed-wing aircraft to include rotorcraft such as helicopters, drones and other Commercial Unmanned Aircraft Systems (UAS).

“We have striven to be at the forefront of aviation technology in all its forms, including servicing helicopters and emerging technologies such as Commercial Unmanned Aircraft Systems,” said David H. Davies, Constant Aviation’s Chief Executive Officer. “Our expansion into these sectors positions us well for the future, including our ability to serve even newer emerging technologies such as Electric Vertical Take-Off and Landing (eVTOL) aircraft. We are fully staffed and equipped to service any private aircraft that can fly, from fixed-wing aircraft such as business jets to helicopters, drones and other rotorcraft.”

As part of this initiative, Constant is completely refurbishing the Sikorsky S-76 helicopters flown by Flexjet’s new private helicopter division. The interiors of each helicopter are being refurbished in Flexjet’s LXi custom cabin interiors, with the first being the “Phantom” interior theme. All veneers are being refinished and all soft goods (seats, carpets and side walls) are being restored with new materials rich with texture. The newly painted livery was designed by Constant Aviation to pay homage to Flexjet’s distinctive business jet liveries which include a chameleon paint with an added carbon fiber accent on the upper cowling and leading edge on the vertical tail.

“We are proud that Flexjet has chosen us to ensure that its private helicopters meet its exacting standards,” said Davies. “The refurbishment demonstrates how we have successfully expanded our offering to include providing maintenance, repair and overhaul services to helicopters and other rotorcraft.”

Constant Aviation’s expansion into helicopter MRO services is a natural step in ensuring the company remains at the forefront of aviation maintenance needs across the full range of aircraft. It also prepares Constant Aviation for the next generation of rotorcraft that will require MRO services. The expertise developed with helicopters and other traditional rotorcraft systems strategically positions the company to serve emerging technology areas such as UAS and eVTOLs, which employ similar engineering, materials and systems.

“The aviation industry is evolving quickly, with new systems coming to the fore, especially in vertical flight and unmanned systems,” said Davies. “We want to be positioned as the leader in servicing these newer forms of flight, and have been expanding our capabilities to offer them the same levels of skill, speed and quality that we have long provided to business jets and other fixed-wing aircraft.”

In recent years, Constant Aviation has been dedicating additional resources towards these platforms, including adding even more FAA-authorized capabilities to its repair station certificates. These have the express purpose of working tip-to-tail on today’s helicopters, UAS and, eventually, eVTOLs that require specific expertise that frequently is not aligned with standard repair station capabilities and issued ratings.

For example, in 2021 Constant Aviation renewed its partnership with Robotic Skies, a global marketplace for drone maintenance services, to support next-generation aviation sector UAS. With one of the nation’s largest aircraft-on-ground (AOG) mobile fleets, Constant Aviation can repair drones wherever they may be, an important consideration given how widely such vehicles are now used in business and industry. The continuation of this partnership, which resulted in Constant Aviation becoming an authorized UAS service center in 2017, positioned the two companies at the forefront of these emerging markets.