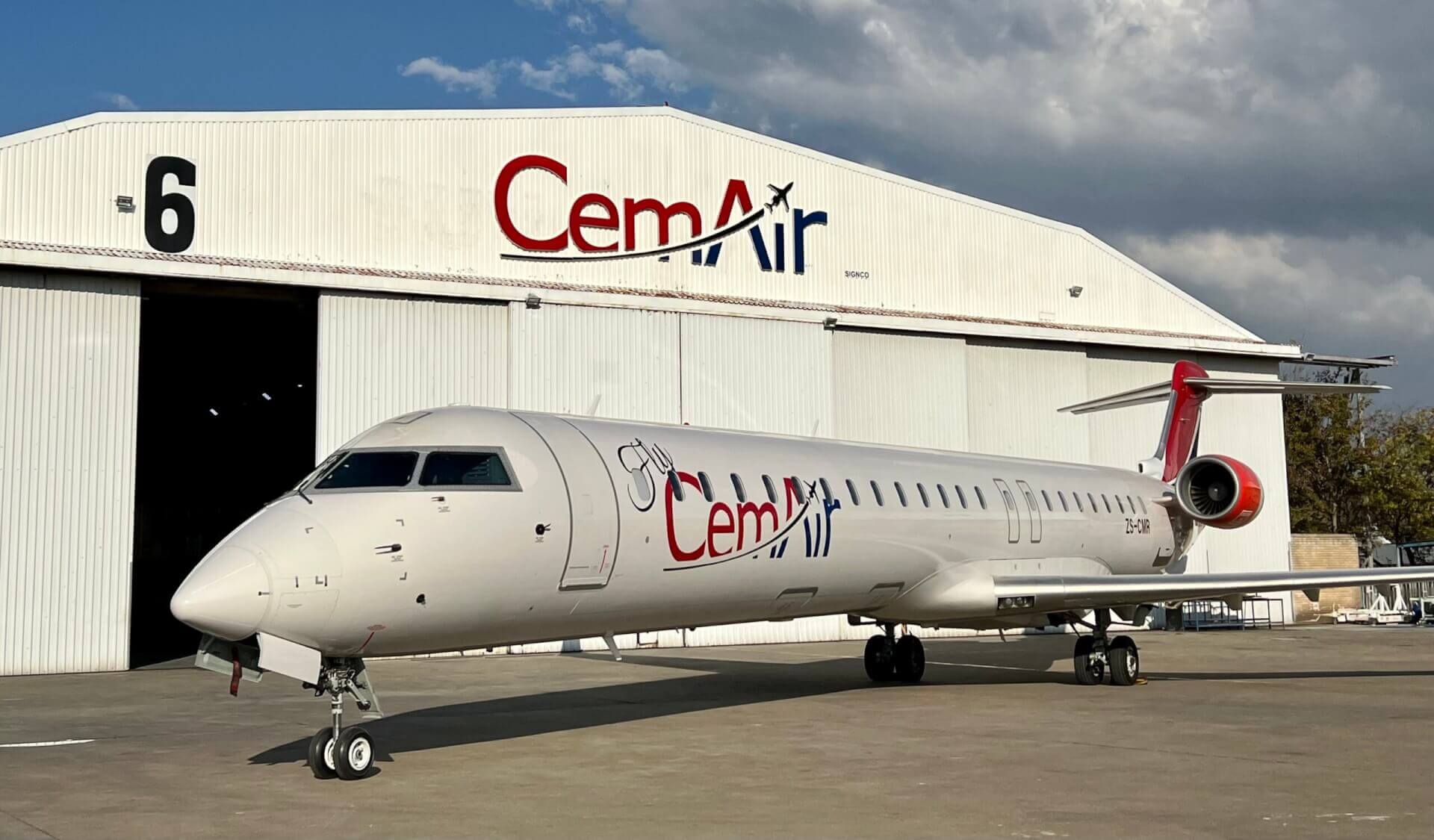 “The re-marketing and transitioning of these two CRJ900s is indicative of a strengthening market for regional aviation in Africa” says Maarten Grift, TrueNoord’s Sales Manager for Africa.

The aircraft will be based in Johannesburg at OR Tambo International Airport and will complement CemAir’s existing fleet of twenty-two regional jets and turboprops deployed on domestic and regional routes that service popular tourist destinations and important commercial centres. “These are our first aircraft for CemAir and TrueNoord’s first aircraft leased into South Africa,” says Maarten Grift, Sales Manager for Africa, Middle East and CIS. “We are very pleased to engage with a regional airline that is expanding its domestic and regional route network. We look forward to sharing their journey in the years ahead and sharing their successful growth strategy.”

Miles van der Molen, CEO & Founder of privately owned CemAir, acknowledges that TrueNoord has been extremely supportive of CemAir’s needs and demonstrated its capability to offer tailored leasing solutions. “On behalf of the whole team I’d like to thank TrueNoord for its support with this seamless transition and we look forward to further developing our relationship.”

TrueNoord recently concluded a sale and leaseback agreement with Ethiopian Airlines for three De Havilland Dash 8-400 turboprops and according to CEO Anne-Bart Tieleman, TrueNoord is step-by-step expanding its leasing services in the African market. “Regional aircraft enable African countries to develop domestic and regional connectivity,” he says. “Intra-African routes are still underdeveloped and there is a huge opportunity for regional aircraft to unlock this potential. TrueNoord is always shaping versatile leasing solutions that support the regional fleet plans of African airlines like CemAir, and we are proud to expand our footprint on this great continent.”