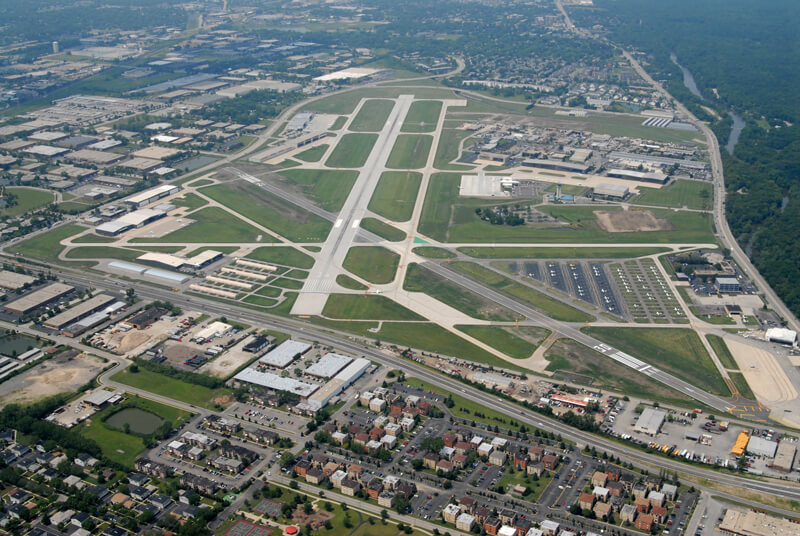 Today, the Chicago Executive Airport (CEA) Board of Directors announced approval of a land lease with Atlantic Aviation for the 2020 construction of a new airplane hangar. Atlantic is one of three fixed base operators (FBO) on the airport and a premier ground service provider for private and business aviation.

Hangar 43 will include business offices, parking, shop areas, open hangar space and an extension of the current aircraft ramp. The 28,000 square foot building will increase Atlantic’s facilities to just over 113,000 square feet. Situated on 3.6 acres, it will expand Atlantic’s campus to over 13 acres.

Atlantic currently operates three hangars along Wolf Road, including their passenger terminal area and the adjoining airplane ramp. In addition to the new hangar, leases for the three existing hangars will be extended 10 years so that all four leases will run to the year 2061.

“A newly-constructed hangar exemplifies the recent growth and improvement of Chicago Executive Airport,” said George Sakas, the airport’s director of economic development and strategic planning. “Our FBOs continue to invest significant financial resources into their operations with commitments to operate at CEA for the next 40 years. New hangars and new customers mean more airport jobs and revenues benefitting the City of Prospect Heights, the Village of Wheeling and our entire region.”

According to a recent study, Chicago Executive Airport generates nearly $400 million in overall economic output. Of this, over $130 million is attributable to direct wages and payroll while providing over 1,800 jobs to northwest Chicagoland. The airport is financially self-sufficient and generates millions of dollars in local and municipal tax revenues.

Construction of Atlantic’s new hangar is expected to begin in the spring and be completed later this year.