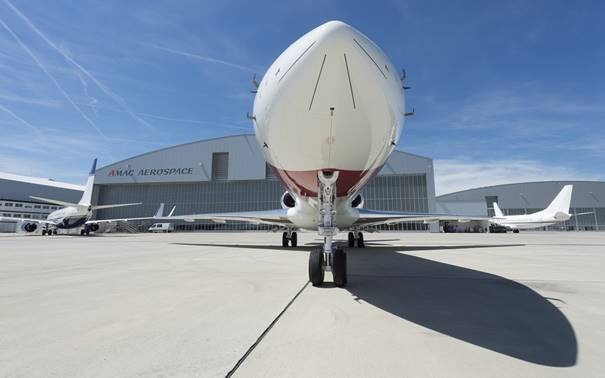 AMAC Aerospace has announced a successful re-delivery of a Boeing B737 on time. In addition, the headquarters of AMAC Aerospace in Basel has also been awarded with several new maintenance projects. A Head of State will bring its two Airbus’ aircraft to undergo among others a cabin refurbishment.

AMAC Aerospace recently accomplished a project on a Boeing B737 and could re-deliver the aircraft on time. The aircraft underwent a full cabin interior refurbishment and, in addition, a heavy base maintenance has been carried out by AMAC’s skilled technicians.

AMAC signed new contracts with Airbus’ aircraft. A Head of State will bring two Airbus’ aircraft to Basel, Switzerland. An Airbus A320 will have carried out a C-Check package, a KA-Band installation and a cabin interior refurbishment. AMAC will replace the seats and sofas in the A320. On the second aircraft, an Airbus A321, AMAC will undergo a D-Check, a landing gear overhaul and a partial cabin refurbishment. AMAC will also replace the carpet on the aircraft.

Base maintenance checks on a Bombardier aircraft

A contract for a 15 + 30 month check, a 500/750 hours check and a partial cabin refurbishment on a Bombardier Global 5000 has been signed and AMAC will welcome the privately-owned aircraft beginning of January.