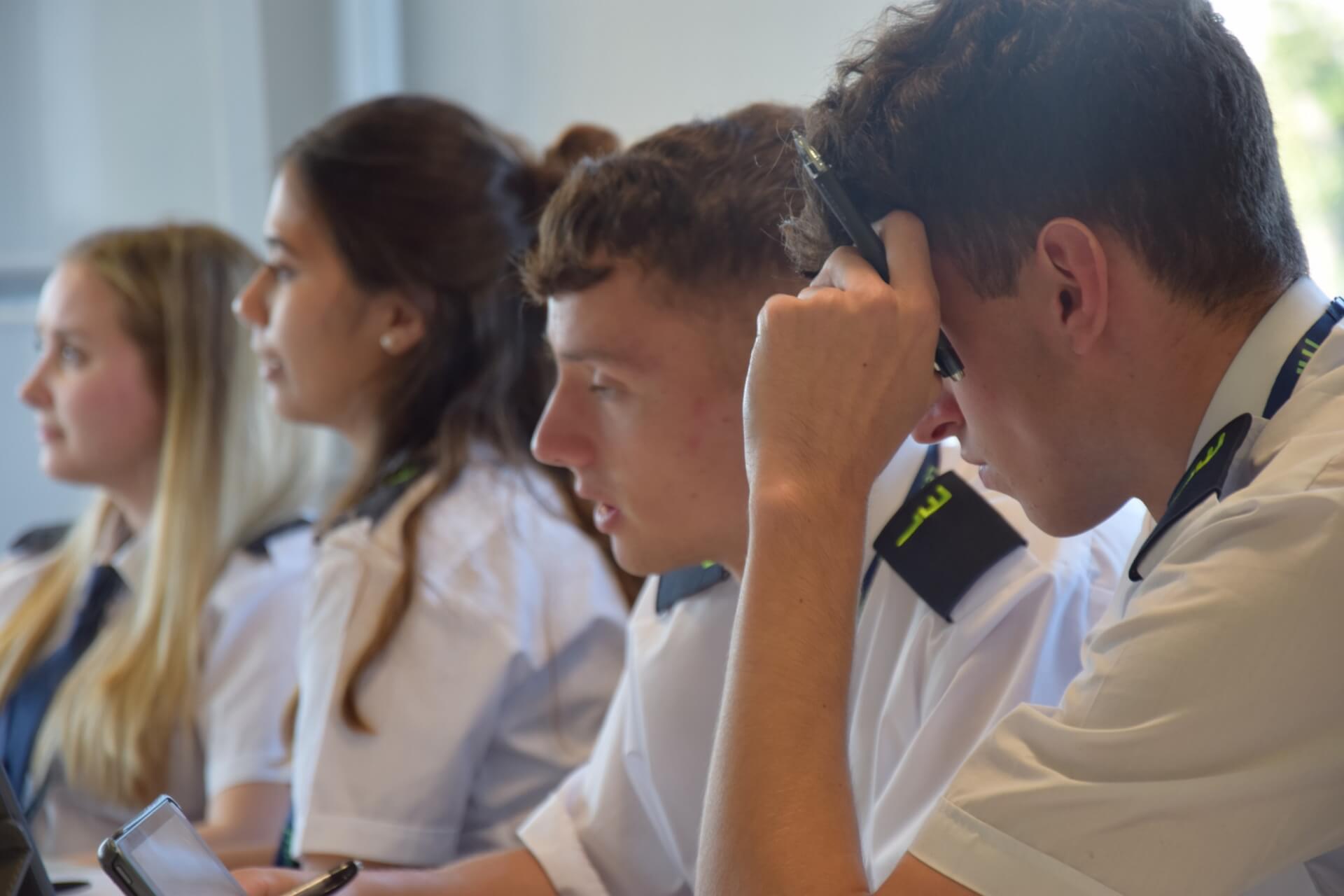 Business aviation in the UK is recovering and at certain locations there is more UK demand than 2019, but “we are not out of the woods yet,” highlighted Marc Bailey, CEO of the British Business General Aviation Association, speaking at London Oxford Airport on 29 September, for the Association’s BBGA Connects gathering.

There was praise for the UK Department for Transport (DfT), which in an especially tough year, has taken a medium-term rather than short-term approach to tackling the pandemic.

“We are really seeing the benefits of that co-operation, especially with the new EU permit system, which has required a lot of effort and planning,” added BBGA Deputy Chair and CEO of SaxonAir, Alex Durand.

“One of the biggest challenges for operators has been the different interpretations and understanding of how cabotage and other higher freedom restrictions apply, as they vary from country to country.”

While business is booming at London Oxford Airport, (30% up on year 2019 movements), Head of Business Development, James Dillion-Godfray underlined challenges presented by Brexit are coming to light. “It’s been a nightmare for licensing, cabotage and permits, spares delivery times and the loss of access to the pan-European Satellite Navigation System (EGNOS),” he noted.

“In our post Brexit landscape, greater emphasis must be placed on industry players, associations and government bodies working together to to ensure markets are kept open to us,” added Marc Bailey.

BBGA’s role, is to provide a strong voice for our 190-membership and part of our success is regular liaison with government.

“One of the positives to come out of the global pandemic, has been our ability to liaise directly with the Department for Transport (DfT) and keep an open dialogue,”  This closeness regarding sharing issues, was reiterated by the DfT’s Dave Harding at the subsequent networking evening.

Another highlight has been the success of the industry/Government Aviation Skills Retention Platform (ASRP) which is facilitating the redistribution of employment opportunities, actively helping skilled individuals showcase their experience and expertise and helping businesses find the talent they need.

Acknowledging that the loss of unfettered access to the European Union market has been a huge blow across aviation following Brexit, so too was the surprise cessation of the UK’s participation in EGNOS.

“This has proven a double blow for UK airspace users. Dialogue is going on to find a solution,” said Marc, optimistic for some news soon

“because as air traffic returns and flying activity increases, there will be pressure on existing airfields.

“We need to research the network of airfields needed so we can plan airline schedules well in advance as part of the UK’s future aviation strategy,”.

Sustainability is a huge issue.  We are an easy target for climate activists, added Alex Durand, so we need to continue working hard to demonstrate our good record on the environment  for more than a decade and how we continue to address climate change issues. BBGA is in the throes of establishing a Sustainability Work Group.

It will be headed by James Hardie at Collins Aerospace.

“It’s going to be a very active forum,” added Marc.

“Are journeys by air really necessary, activists want to know?  Well – yes they are. If you want investment and employment opportunities, then business and private aviation has a key role to play.

“It’s in the interest of the UK to keep this sector flying whilst continuing to minimise its impact on the environment.”

Aoife O’Sullivan, BBGA Chair and Partner, The Air Law Firm, commented that her firm has been very busy these past 12 months: “Sales of older business jets are up. General demand is there and there are plenty of new owners entering the market.

“We’ve seen a huge demand for charter aircraft over the summer months.

“Getting aircraft registered, however, thanks to Brexit, is much more  convoluted.”

With aircraft being such high-value assets, operators are inclined to shift them to the most beneficial jurisdiction, she explained.

“Malta, Ireland and Luxembourg are all ahead of us in the UK for registering aircraft, where it’s easier to obtain an Aircraft Operator Certificate (AOC) quickly and efficiently.

“We are working closely with the DfT and Treasury to guide government on what needs to be done to rectify this to make the G register more attractive”.

Because for those in the business aviation market, there is a choice.

“You can have a UK-owned business jet sitting on the Maltese register in a way that commercial passenger airlines like British Airways simply can’t.”

“The answer is to work more closely with the UK-based maintenance organisations to do our aircraft acceptances” she said, praising investment in hangarage and infrastructure, such as Oxford Airport and London Biggin Hill are doing for its MRO tenants.

“Business aviation is such a different market from general and commercial aviation,” Aoife stated, noting she’d like to see the Civil Aviation Authority (CAA) establish a dedicated business aviation division, so that it can better tackle post-Brexit challenges and continue to bolster the UK’s business aviation sector.

“My personal view is that business aviation’s future is bright, but we can’t take our eye off the ball. Our sector needs constant attention from associations and government.”

Alluding to government strategies now in place for alternative carbon emissions resources, Alex highlighted that the green revolution is already here  and hybrid / electric and SAF-fuelled aircraft are flying.

Sandy Boyer explained his company offers clients the opportunity to sign up to its carbon offsetting programme and several institutions are requesting reports on CO2 footprint.

Jetfly, fractional ownership specialists in Europe, with a total 50 PC-12 and PC-24 aircraft operating privately and on fractional contracts, established a carbon offsetting scheme for its customers two years ago.

“It costs an additional €15 per hour to offset the carbon from their flight,” Clough explained.

Around 50% of Jetfly’s customers are already signed up to the scheme, with the aim to have them all signed up by the end of 2022.

“After that we may just make it compulsory,” he said.

Jetfly is now looking to move more progressively to SAF refuellings with a blend of around 5% over the next couple of years.

Clough asserted that the current issues prohibiting the wider adoption of SAF are access/ availability and cost – a sentiment echoed by the other panellists.

As we have bounced back quicker (than the airlines)  “aircraft availability has been an issue,” said Boyer (with owners flying more hours than they would before.)

While Hunt & Palmer typically charters aircraft with two engines, and two pilots, the Pilatus PC-12NX, three of which are now on a UK AOC (with BBGA member RavenAir) is a dynamic new option, delivering performance and safety equal to a twin, he said.

Since Brexit and being on a Luxembourg AOC, we have lost that last minute flexibility,” said Jonathan, noting having charter subsidiary Captain Jet, which works with UK operators, has been extremely useful.

As a result, the business, which is active at Denham and Fairoaks Airports, is looking at options to enable it to expand in the UK and fulfil domestic charters to popular destinations such as Inverness and Cornwall.

Ed Griffith, Director of London Oxford Airport resident company JMI-Jet Maintenance International, noted that Brexit has been a very costly process for independent MROs too, even more so for the bigger organisations.

It cost us 33,000 Euros with a sub-50 workforce. A total of 215 companies have had to comply, to the extent that we are collectively paying the EU more than 7 million Euros annually – just to maintain EASA aircraft.  We also faced geopolitical issues – for example we have a French engineer in the company and to date we can’t get the French DGAC to give him his release papers.

We’d really like IATA to step in and get a bilateral agreement agreed, just as UK air charter operators have been able to progress working with individual EU states and permits.

The French DGAC isn’t the only regulator we are having problems with respect to licensing.  We are all aligned in our service standards, but it seems MRO bilaterals are years away.

Dave Alexander, COO of Leading Edge Aviation, the Oxford Airport based commercial flight training academy, currently home to over 153 students, concurs that getting out of Brexit and EASA has heaped a ton of administration on his business too.

LEAL, which remained open during the pandemic with instructors and students working within bubbles, must deal with two regulators – the UK CAA and EASA – which is doubling the cost and amount of auditing/certification events.

Students have to decide on UK CAA or EASA licence – or both?

Dual licensed instructors now have to pay for both a UK CAA and EASA set of licences and ratings.

They also have to advise students whether to progress with an EASA licence, so they can fly with the likes of Wizz Air –currently recruiting in big numbers, or Ryanair; even easyJet which has an Austrian AOC. Alternatively, they could opt solely for a UK CAA licence – for future work with airlines such as British Airways, Virgin, or the new Flybe 2.0.

This means that they need two sets of medicals;  two sets of exams (26) and, potentially, two IRTs (2) to achieve a dual licence. All this at an additional cost to the student of £5,000. or more.

Instrument rating testing is easy around Oxford, but going into EASA airspace is completely different.  We usually go into Le Touquet with a UK examiner – shut down the engines – pick up with an EASA examiner – then fly back to Oxford, which means more ferry time, more fuel, highlights Dave Alexander.