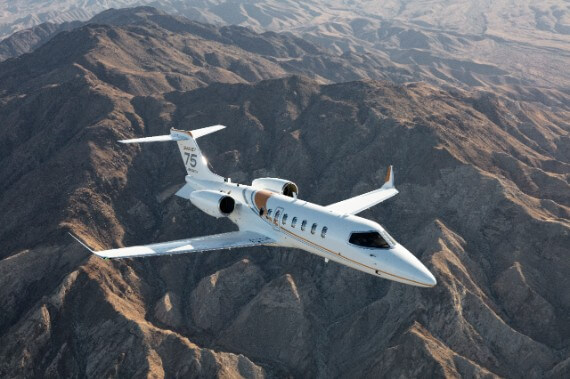 Bombardier has announced the sale of two Learjet 75 Liberty aircraft to North Dakota-based Fargo Jet Center (FJC). The aircraft are to be converted to dedicated medevac configuration and delivered to air ambulance service provider Lotnicze Pogotowie Ratunkowe (LPR), based in Warsaw, Poland.

Bombardier will enter its newest Learjet aircraft, the Learjet 75 Liberty, into service this year. This spacious and powerful light jet features a next-generation flight deck and optimized operating costs, with enough range to reach any European destination nonstop out of Warsaw.

“The Learjet 75 Liberty aircraft, with its best-in-class spaciousness, speed and range, is an excellent choice for medevac missions,” said Stéphane Leroy, Vice President, Sales, Bombardier Specialized Aircraft. “Learjet aircraft have long been a trusted platform for all types of special missions, and the Learjet 75 Liberty aircraft gives operators even more reasons to choose the world’s best light jet.”

Fargo Jet Center has extensive experience converting aircraft interiors for medevac use. FJC is expected to take delivery of the Learjet 75 Liberty aircraft from Bombardier in late-2020, then deliver the converted EMS aircraft to LPR in Poland in 2021. Spectrum Aeromed, also based in Fargo, has been selected as the air medical equipment provider on the project. The Spectrum Aeromed team will contribute to a highly customized, state-of-the-art dedicated air ambulance interior for the two
Learjet 75 Liberty aircraft.

“It is a pleasure to be working with Bombardier, LPR and Spectrum Aeromed to develop one of the most capable light jet EMS aircraft in the world today,” said Patrick Sweeney, CEO, Fargo Jet Center.  “Our team brings a unique skill set to this project through our extensive history in modifying aircraft for special missions. From initial conception to design, fabrication and installation, our experts will transform the interior of the Learjet 75 Liberty aircraft to meet LPR’s specifications.”

In operation since 2000, Lotnicze Pogotowie Ratunkowe provides 24/7 air ambulance services throughout Poland via a fleet of 27 rotary wing and two turboprop aircraft. The addition of the Learjet platform will mark the expansion of LPR’s operations to include jet aircraft.

“The acquisition of the new Learjet 75 Liberty aircraft fits perfectly into our strategic plans for growth in Poland and will provide the necessary combination of speed and range to drive the expansion of our operational capabilities and EMS transport availability into international operations,” said Wojciech Wozniczka, LPR Director of key project management.