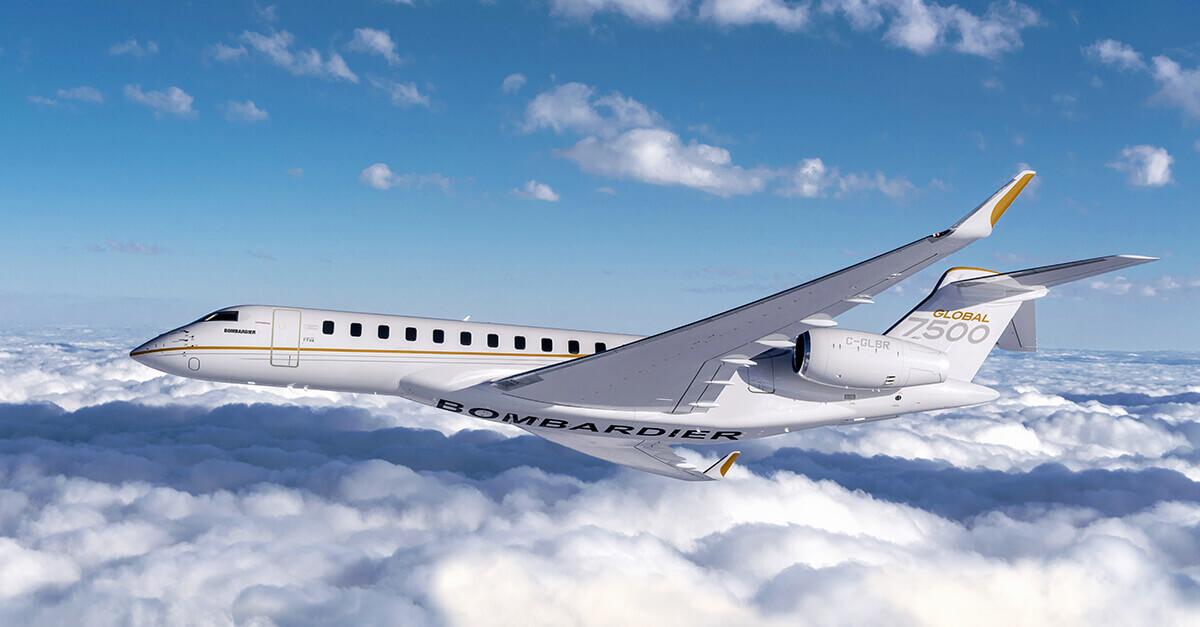 Bombardier announced today its financial results for the third quarter of 2021.

The company is pleased with continued execution on its strategic initiatives, cash flow generation and order momentum driving the financial results of the quarter.

Bombardier also highlighted that during the third quarter, the company redeemed debt maturities through December 2024, a major milestone in its deleveraging plan.

“The Bombardier team once again delivered a solid quarter, a confirmation that this year is shaping up to be significantly better than the last,” said Éric Martel, President and Chief Executive Officer, Bombardier.

“Our unit book-to-bill ratio remains very healthy, contributing to a significant increase to our backlog.

“This momentum has also translated to a solid increase in profitability, with adjusted EBITDA margin approaching 10% this quarter.”

“We are delivering consistently on what we set out to do, especially when it comes to deleveraging the balance sheet. Thanks to the hard work of our outstanding team, we cleared the debt maturity runway on plan,” added Martel.

“As a fantastic finale to the quarter and at a great moment in time for our industry, we launched our new Challenger 3500 jet last month.

“The extremely positive reception and strong first orders for the new aircraft are clear evidence that we were able to bring significant value to customers through measured and disciplined investments.”

Business jet revenues of $1.4 billion are up 17% year-over-year, propelled mainly by an improved delivery mix, with higher deliveries of large aircraft.

The company has also seen an increase of revenues by $76 million from business aircraft services.

This is mainly due to increased fleet flight hours having now surpassed 2019 levels, a clear signal that the industry is on a strong recovery path from the global shock caused by the COVID-19 pandemic.

Confidence levels within the industry are at a new all-time high, indicative of the rising vaccination levels and eased travel restrictions.

In the U.S., business jet utilization increased by 42.5%, year-over-year for the first eight months of the year.

In Europe, business jet utilization increased by 27.1% year-over-year in the first nine months of the year.

Bombardier reported an adjusted EBITDA of $142 million, representing a year-over-year improvement of $58 million or 69%.

The company attributes this to an improved aircraft mix, continued progress on Global 7500 aircraft learning curve, and cost structure improvements.

Reported EBIT from continuing operations for the quarter was $48 million.

For the second consecutive quarter, the company is seeing an improved free cash flow (FCF) generation. FCF of $100 million from continuing operations represents an improvement of $747 million year-over-year.

The Corporation reported a total debt reduction of approximately $3 billion since the beginning of 2021, and cleared, through redemption or refinancing, debt maturities through December 2024.

This represents a major milestone in one of Bombardier’s key priorities this year, as it creates a runway to focus on its operations and stabilizes the need for liquidity.

Successful launch of the Challenger 3500

As the third quarter wrapped up, the company introduced a major update to its bestselling Challenger 350 platform, the Challenger 3500.

The new aircraft represents a culmination of a period of important product development that saw Bombardier introduce innovative technologies and industry-leading new products and services.