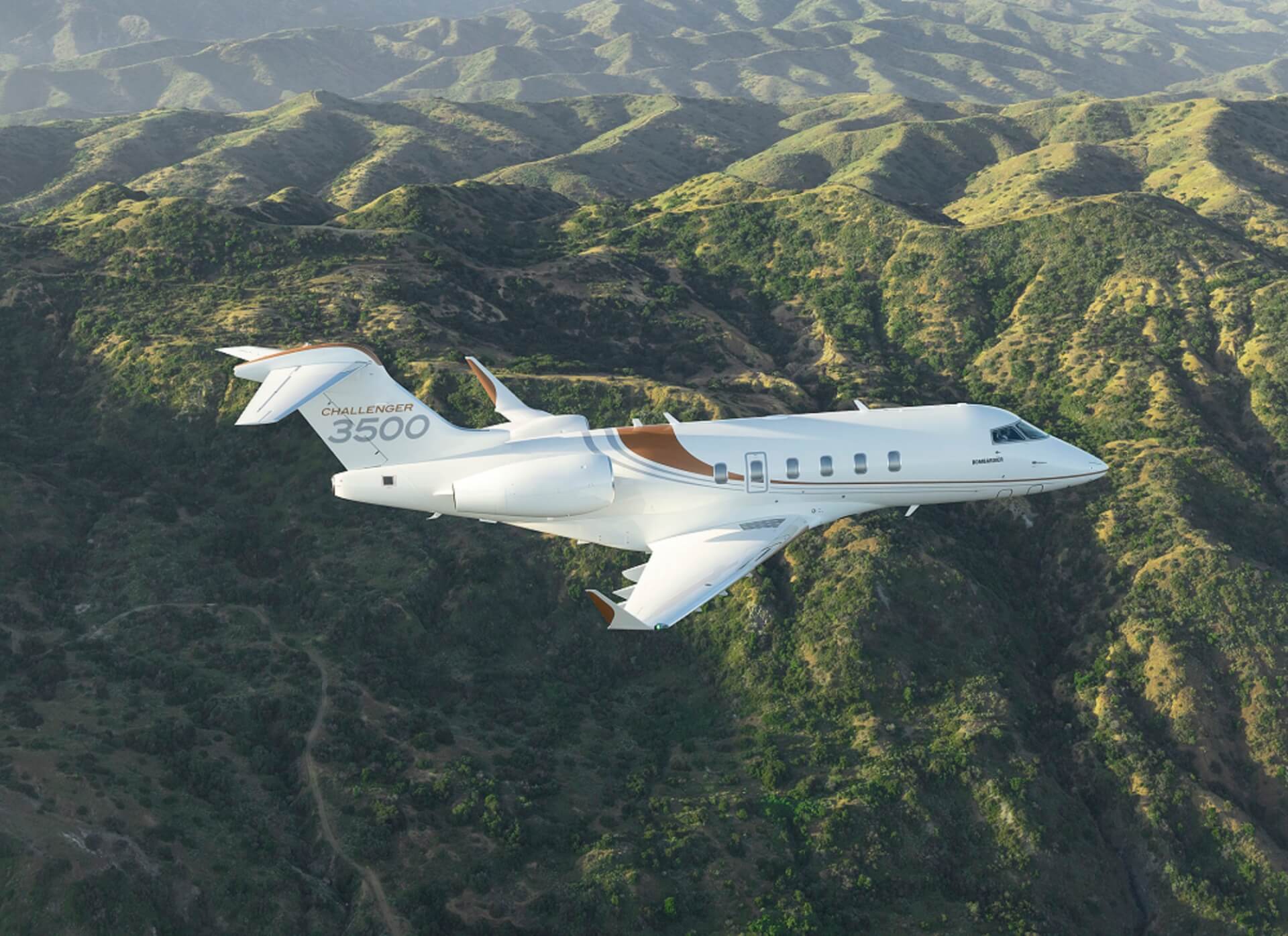 Mr. Goldberg, a long-time Bombardier customer, was previously announced as the launch customer for the new super mid-size aircraft at NBAA 2021 and will take ownership of the aircraft later this year.

The latest evolution in the highly successful Challenger lineage, the Challenger 3500 aircraft offers many of the features of the company’s ultra-luxurious Global family as standard equipment, including Bombardier’s stylish and exclusive Nuage seat.

“Customers are impressed by the aircraft’s elevated experience, from the comfort and sustainability of its cabin to cost efficiency to reliability.

“And our teams have done an amazing job delivering this aircraft to market in less than a year since it was launched.

“We congratulate Mr. Goldberg on being an early adopter of this ground-breaking aircraft, and we are delighted to share this proud milestone with him.”

The Challenger 3500 aircraft further adds to its string of innovations with the industry’s first voice-controlled cabin to manage lighting, temperature and entertainment systems, the first wireless chargers throughout the cabin and the only 24-inch, 4K display in its class.

The technologically advanced Challenger 3500 flight deck includes a standard-equipped auto throttle system and offers the most baseline features in its class.

The next-generation Challenger 3500 business jet has been garnering accolades since the program was launched in September 2021.

In April 2022, the aircraft won one of the most sought-after international distinctions for design and innovation excellence, the Red Dot: Best of the Best Award.

“As a previous owner of a Challenger 350 business jet, I can say with confidence that Bombardier has hit all the right notes in creating a next-generation aircraft,” said Mr. Goldberg.

“The cabin interior is spectacular, and I appreciate the added comfort and productivity that these new features will bring to our worldwide travels. I’m very proud that Entertainment Technology Partners is right at the start of this exciting next chapter in the Challenger evolution.”