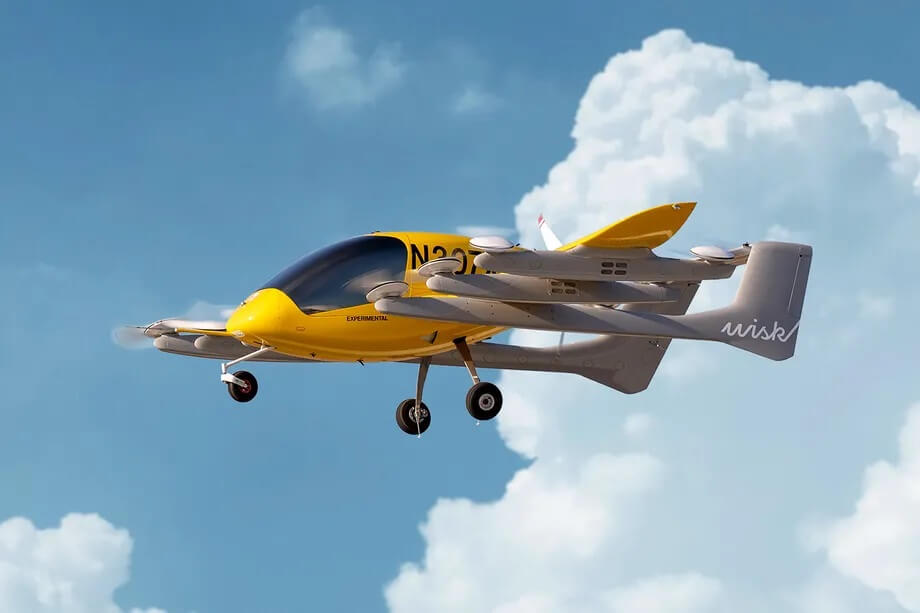 Wisk Aero, the electric air taxi startup, raised $450 million from Boeing in a new funding round that it claims will make it “one of the most well-funded [advanced air mobility] companies in the world.”

In its announcement, Wisk highlights the fact that its “a privately-backed AAM leader,” setting up a contrast with a slate of similar startups that have gone public in recent months by merging with special purpose acquisition companies, also known as SPACs or “blank check” companies. Wisk Aero was formed in 2019 as a joint venture between Boeing and Kitty Hawk, the flying taxi company bankrolled by Google co-founder Larry Page.

Wisk says it will use the new funds to undertake a period of rapid growth, adding new employees to its current workforce of approximately 350 people and kicking off a manufacturing process that it says will result in a full-scale, commercially operational air taxi business within the next five years. Once that happens, the company predicts that it will conduct 14 million flights annually in around 20 major markets around the globe.

Of course, all of this is contingent on the US Federal Aviation Administration and other government regulators giving Wisk the approval it needs to legally carry passengers. So far, the FAA has not certified any electric vertical takeoff and landing (eVTOL) aircraft for commercial operation. Experts have said that it can take a minimum of five years — and likely longer — for regulators to certify that these new types of aircraft are safe enough for passengers.

Electric air taxis, sometimes misidentified as “flying cars,” are essentially small helicopters without the noisy, polluting gas motors. A number of startups have emerged in recent years with prototype aircraft that are electric-powered, able to carry a handful of passengers, and intended for short flights within a city or regionally. Analysts predict that the flying taxi market could grow to $150 billion in revenue by 2035.

Wisk hasn’t let the lack of regulatory approval get in the way of its business dealings. In addition to the newest founding announcement, the company made a deal last year with helicopter tourism-turned-urban mobility company Blade to own and operate a fleet of 30 aircraft on its network. Wisk also has a signed deal with the government of New Zealand to conduct a flying taxi trial using its all-electric, self-flying aircraft Cora.

Its aim is for Cora to one day provide a flying taxi service that can reportedly be summoned with an app. The plan is for the vehicle to not have a pilot on board; instead, it will be flown mainly by autopilot systems, with supervision from a human pilot situated remotely.

Last year, Wisk accused rival eVTOL company Archer of stealing dozens of its design secrets, sparking a lawsuit and a subsequent federal investigation into the allegations.