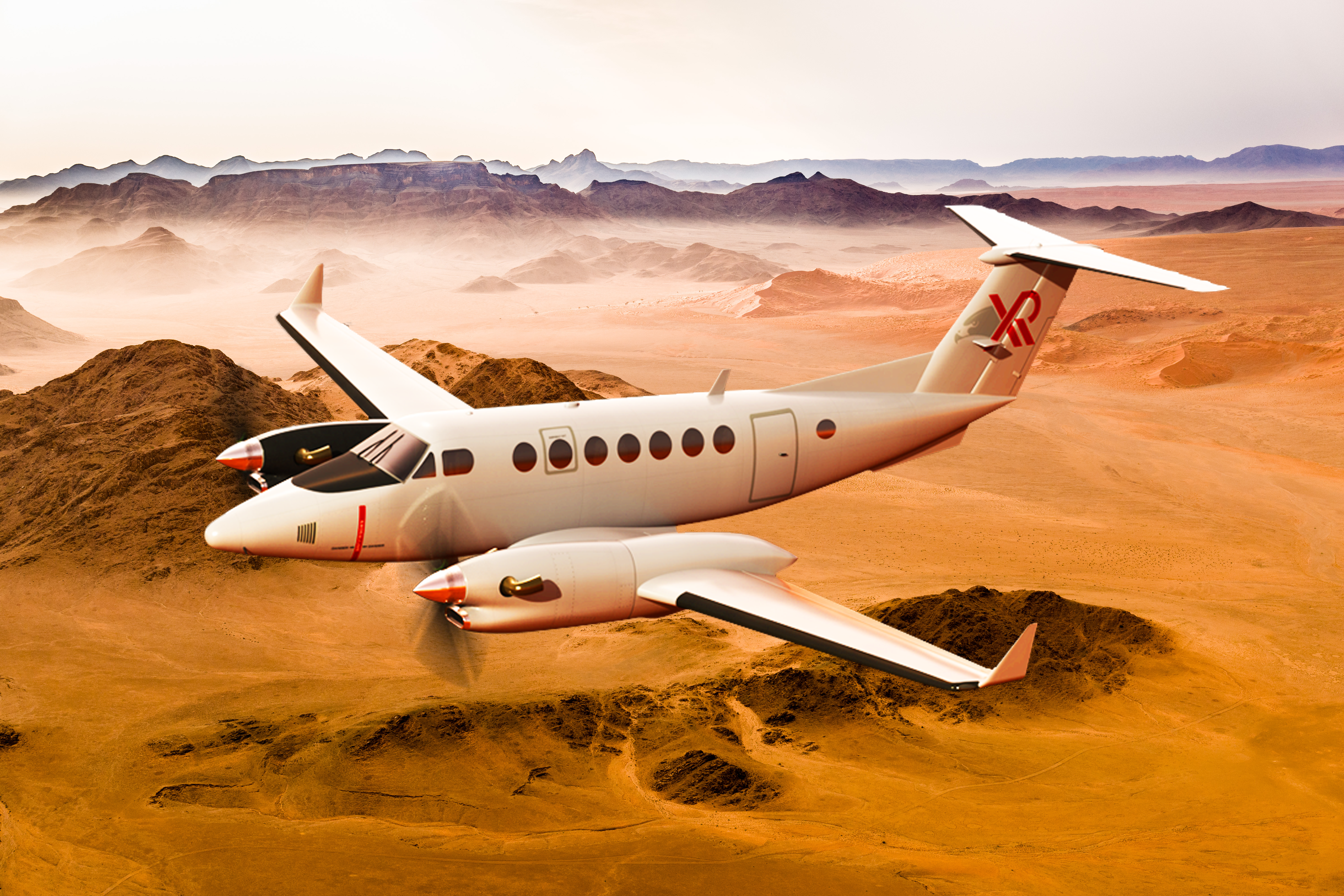 The XR Kit optimizes a stock King Air 350 series aircraft by increasing Max Gross Takeoff Weight to 16,500 pounds and maintaining a Basic Aircraft Empty Weight that is 220 pounds lighter than comparable extended range aircraft for greater payloads and up to 25% more endurance.

“We’ve been providing aftermarket improvements to General and Business Aviation aircraft for over 20 years and we’re honored to expand our offerings into the government, military, and special mission arenas,” said Jim Allmon, Blackhawk Aerospace President and CEO. “The XR conversion will transform a standard King Air 350 into an extended range aircraft and will help our service members operating in the harshest environments complete their mission safely, on time, and under budget with a far more capable aircraft.”

The PT6A-67A 1200 SHP engines provided with the XR kit are flat rated to 1050 SHP. The -67A’s larger compressor produces higher thermodynamic horsepower output to provide full torque at higher altitudes. This extra horsepower provides improved first, second, and third segment climb capability, greater takeoff performance in high and hot conditions, and increased single-engine service ceilings. The ability to reach FL350 in 18 minutes significantly reduces exposure within hostile airspace and ensures crews can be on-station to meet time-critical mission execution windows. A larger, single oil cooler is provided with each engine to ensure oil temperatures remain within limits while taxiing during the hottest weather conditions. The new PT6A-67A engines come with a P&WC Enhanced Warranty of 2,500 hours or 5 years with prorated coverage to the 3,600 Time Before Overhaul (TBO) and include all mandatory and optional Service Bulletins. The new engines deliver peace of mind and greater reliability while significantly expanding mission capabilities.

The quieter MT 5-blade composite propellers offer an optimized blade design and shorter diameter (102 inches) to increase ground clearance and reduce Foreign Object Damage (FOD). The composite blades reduce cabin and exterior noise by at least 5 dBA helping to improve stealth operations. Another key advantage of the MT propeller is that it allows for the removal of the ground-idle solenoid which reduces weight and maintenance costs. The composite propellers are extremely durable and come with the longest TBO in the industry at 4,500 hours. They also offer unlimited blade life compared to traditional aluminum propellers, which can only survive to the third or fourth overhaul.

The True Blue Power TB44 Lithium-ion battery replaces the main-ship battery, which provides a weight savings of 30 pounds while doubling cranking amps for quicker engine starts. This battery is built for use under the toughest conditions with superior temperature performance (-40°C to +70°C) while having a useful life that is double that of lead-acid and NiCad alternatives. The intelligent monitoring system incorporated into each True Blue Power battery prevents the need for battery removal for capacity checks and reduces maintenance costs by 50% or more.