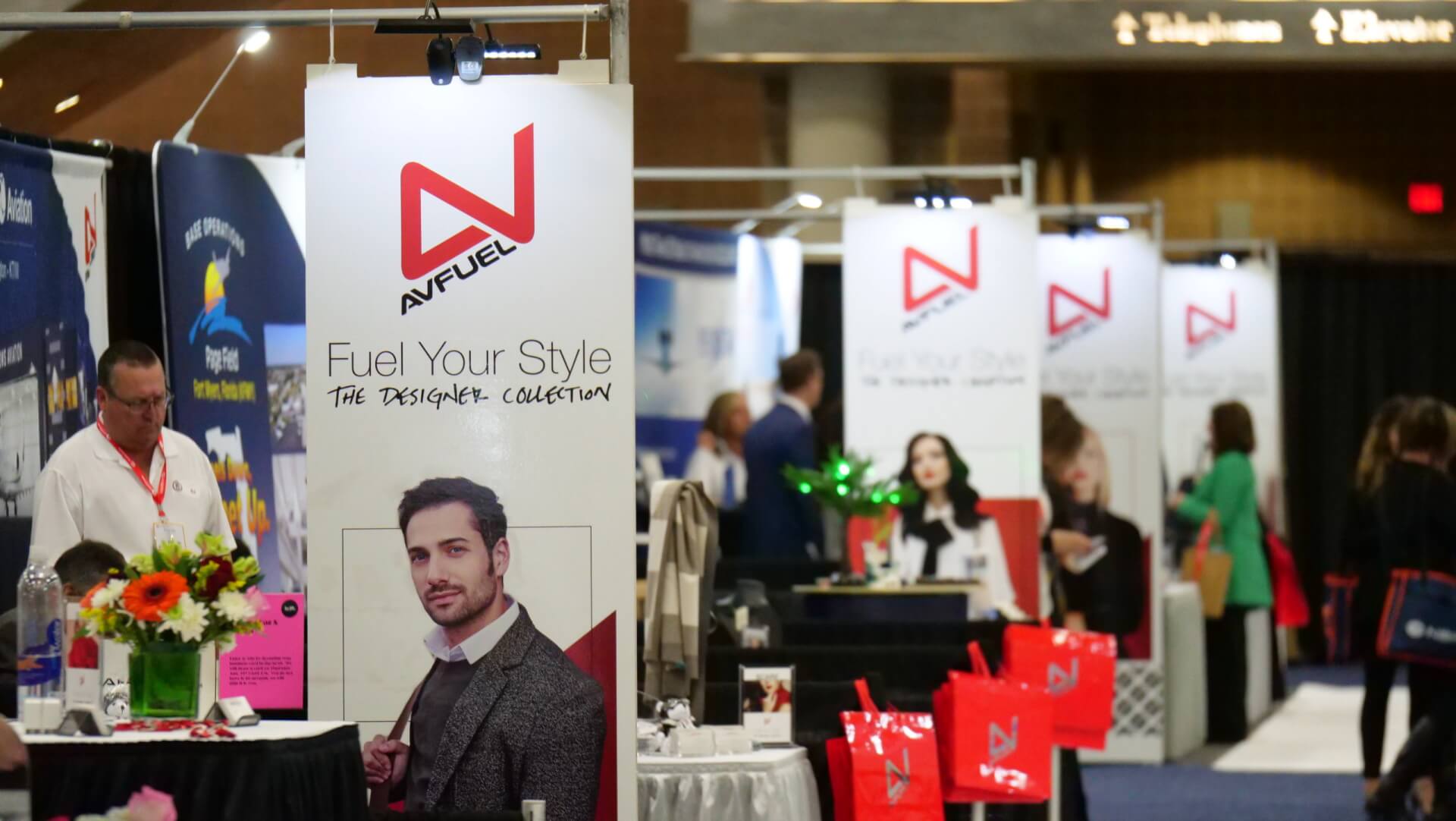 Avfuel’s once again fueling the fun at NBAA’s Schedulers & Dispatchers Conference with its Fuel Your Style: The Designer Collection promotion. This year, the promotion features 70 FBO partner companies, representing nearly 150 fueling locations, including 13 new additions to the Avfuel Aisles.

Among its new branded FBOs represented at SDC2020 are:

This is in addition to Skystream Jet of Allentown, Penn. (KABE in booth 1236), a part 135 charter operator and aircraft management company, joining Avfuel in its aisles.

Fuel Your Style better connects flight departments to these Avfuel-branded FBOs at the 2020 show in Charlotte, N.C.

This year, each participant will be able to shop for a total of eight items: a scarf, necklace, top, pant, bracelet, accent item, purse and—for the first time—lounge footwear. With two and a half aisles of co-exhibiting FBOs, attendees will have plenty of options from which to choose to suit everyone’s tastes for fashion items and fueling locations.

“We continue to receive positive feedback on Fuel Your Style, and we’re always looking for ways to keep it fresh. We are so pleased to connect 70 FBO partners in our aisles to the fuel decision makers in attendance. It’s one of the year’s best opportunities to network with customers and prospects.”