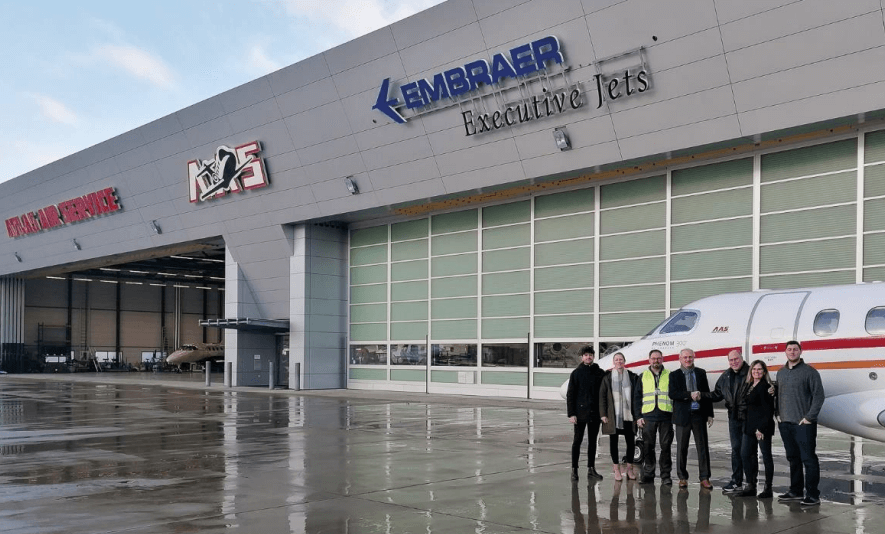 Atlas Air Service managed to sell another Embraer Phenom 300 successfully to the USA. Atlas Air Service AG purchased the aircraft from its previous owner to resell it to a customer in the USA afterwards.

Atlas Air Service AG carried out the entire conversion from EASA to FAA standard and supported the customer also in getting approval for an American registration.

After its completion the aircraft was transferred by the ferry pilot via Belfast and Iceland to Bangor (Maine). After the obligatory import customs clearance, the aircraft was handed over to its new owner in Indianapolis (Indiana).

“By this, Atlas Air Service has once again proven that we can perform an international aircraft trade competently and successfully.

“As an Embraer authorized service center for the Phenom aircraft type and a certified repair station for the US FAA, we were able to carry out all steps in-house for the American buyer”.

The Phenom 300 from Embraer is equipped with two Pratt & Whitney 535E turbines and is designed to carry up to 9 passengers.